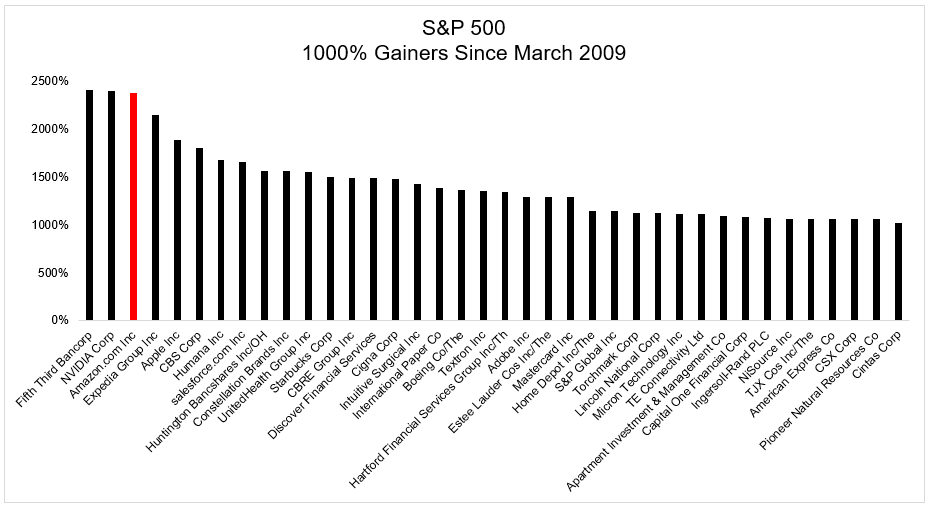 Amazon has been one of the most important drivers of this bull market.

…with all of its recent decline coming in October, this will be its worst month since November 2008. 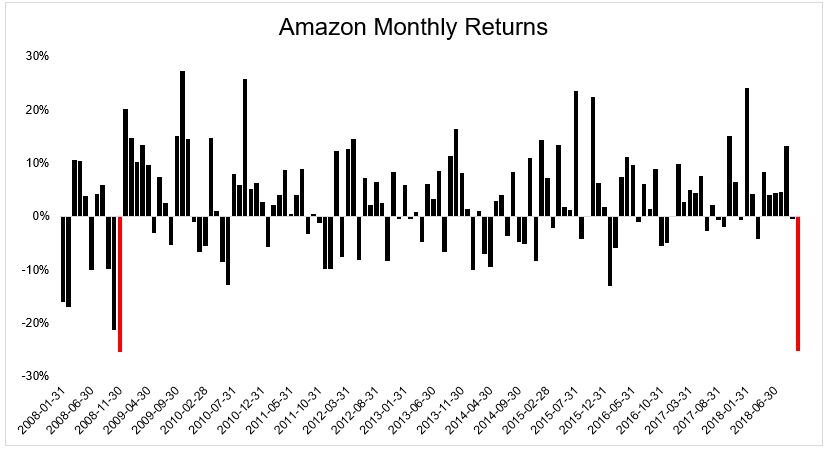 So the question is, was this just a top, or the top? 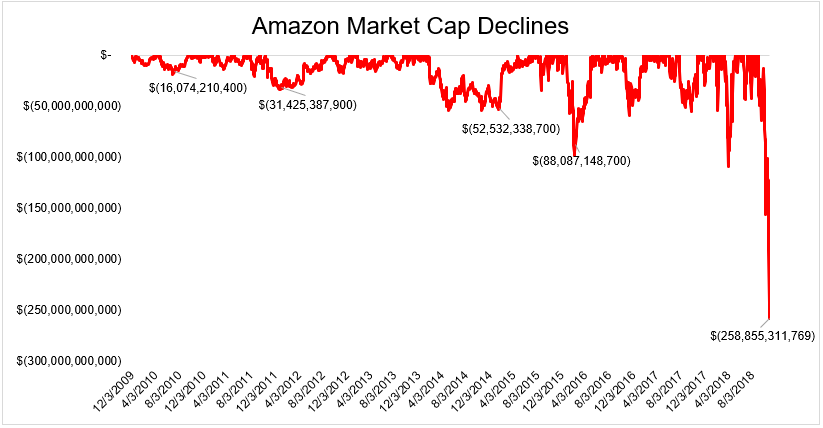 Another major difference between Amazon today and in previous drawdowns is that their core business growth is decelerating. Cooper Smith writes “Amazon’s core e-commerce business slowed to 11% year-over-year growth in Q3, down from 22% a year ago…Revenue from Amazon’s international business grew just 15% YoY, down from 28% a year ago.”

Maybe the simplest explanation here is the most likely one. The stock went, excuse me for a second, too far, too fast. At one point earlier in the year, Amazon added more in market cap than the combined value of Walmart Target and Costco. Even after this decline, it’s still up 32% in 2018.

Is today another opportunity to buy one of the most transformative companies ever at a discount, or are we staring at Cisco in 2000?

*Data from Ycharts and Bloomberg