I was eating a bagel this weekend when my wife said to me, “I can’t believe you like their tuna, it’s really fishy.” I hadn’t noticed, but she was right, it was fishy. I hate fish. I’ll have tuna on a bagel, but would never order tuna in a restaurant.

The reason why I suffer from taste bud dissonance is pretty simple, I’ve had tuna fish on a bagel since I was a child. “I remember when.”

“I remember when” shapes our beliefs. We view the world through the prism of our own experiences, whether we realize it or not.

In Everybody Lies, Seth Stephens-Davidowitz writes:

Many of our adult behaviors and interests, even those that we consider fundamental to who we are, can be explained by the arbitrary facts of when we were born and what was going on in certain key years when we were young.

The arbitrary fact of when we were born is everything when it comes to investing.

Where the market goes in your first ten years can have a disproportionate impact on how you think about investing for the remainder of your life. Consider an investor who started in 1946 (black) versus one who started in 1966 (light blue). The former got the chance to invest in a market that compounded at 16.7% while the latter saw stocks compound at just 3.3% while being ravaged by two bear markets. 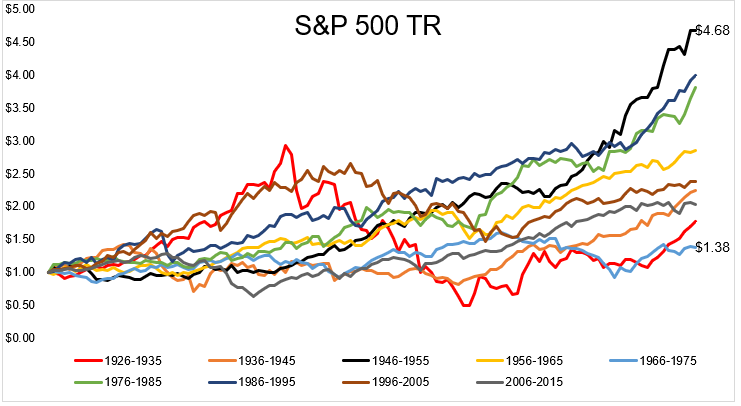 When you were born might be the single most important factor when determining your experience in the market. It’s also the one that is completely out of your hands.

From 1926 to today, there are 993 rolling ten-year periods. A person just starting to invest could have seen a market that gained as much as 596% or lost as much as 37%. These are all of the paths below (thank you Nick). 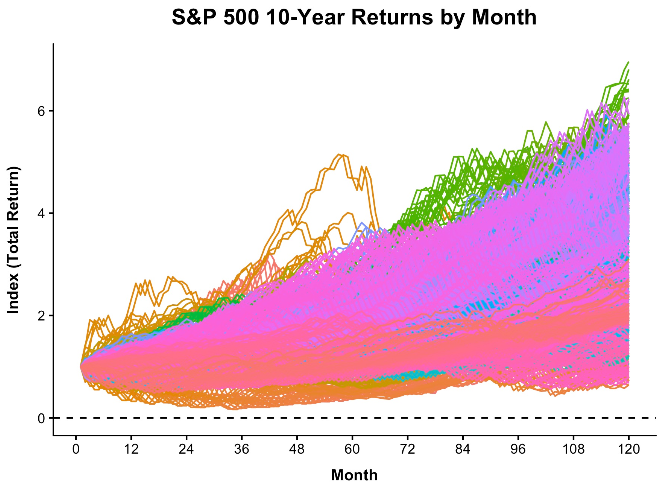 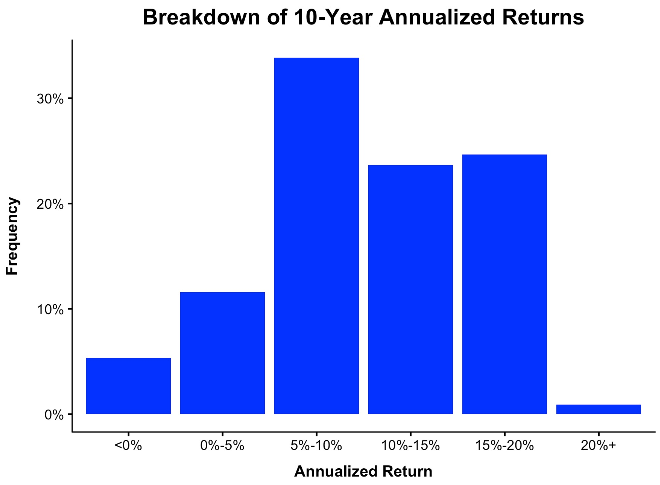 The Great Depression left scars on an entire generation. Between 1930 and 1951, only eight people were hired to work on the NYSE trading floor. If we were to experience another catastrophe like this today, the Dow would be below 3,000 in September 2021. If I saw stocks fall 90%, I don’t think what happened next would influence me at all. The Dow could rise to 50,000 by 2030 and I would kick and scream the whole way up, with a tin foil hat on for good measure.

People in the 1960s were certainly aware of what their parent’s experienced in The Great Depression, but it wasn’t their experience. They knew about the crash, but they couldn’t remember it. 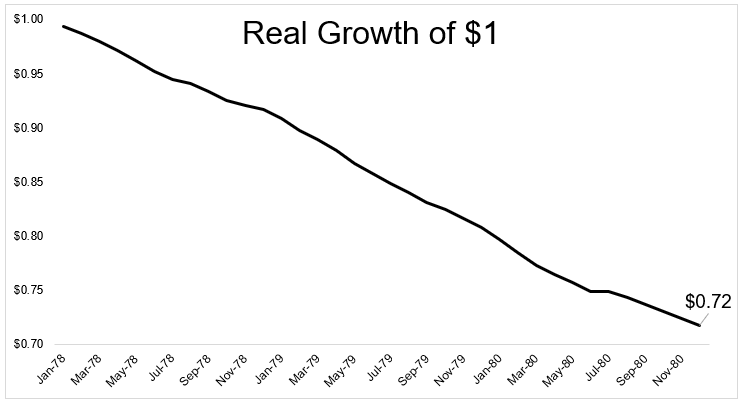 Neel Kashkari was recently asked about the scars left from the financial crisis. He said:

There’s scarring from the financial crisis, yes. But there’s scarring, bigger scarring from the inflation of the 1970s. And I think that that is persuading us more than anything else and why we’re so biased towards … you know we say that we are we have a symmetric view of inflation. We don’t mind if it’s 2.1  or 1.9 but in our practice, in what we actually do, we are much more worried about high inflation than we are low inflation. And I think that that is the scar from the 1970s 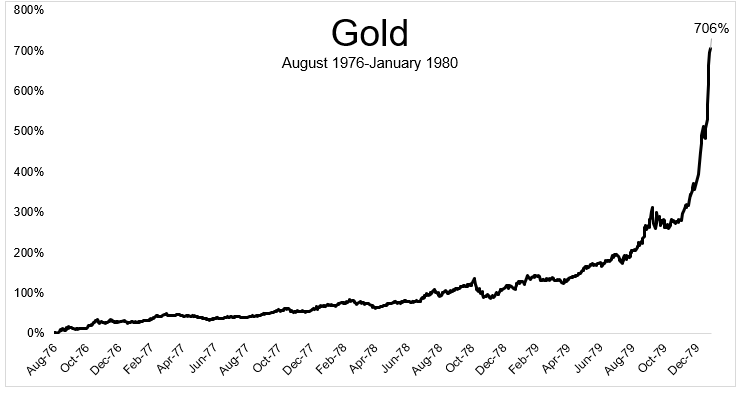 To put this gold move into context, if this happened today, the Dow would be over 200,000 halfway through the next Presidential term. There is a reason why most gold bugs are over 50. People today might know about gold’s bull market in the 1970s, but they can’t remember when.

“I remember when” is personal, which makes it difficult to break free from the shackles of our memories, but it’s important to be open minded to the idea that the future does not have to look like our past, for better and for worse.