Ben Graham once said, “Nearly everyone interested in common stocks wants to be told by someone else what he thinks the market is going to do. The demand being there, it must be supplied.”

Over the weekend, Barron’s obliged. 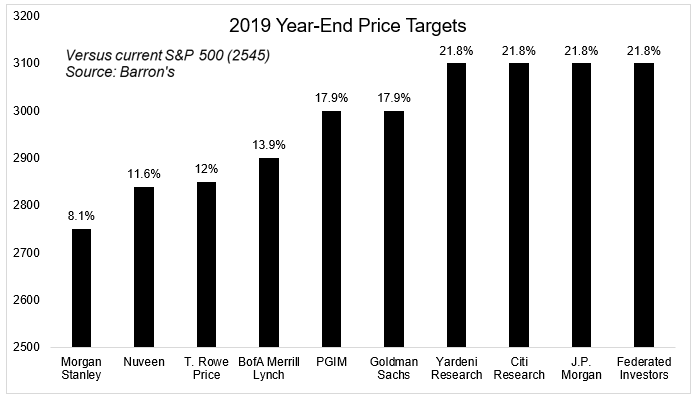 As is always the case, strategists see stocks going higher next year, with the average price target at 2974, which is 17% above where the S&P 500 closed on Monday. That would be the highest year-end price target (percent gain, we won’t know until December 31) since 2009, when the average strategist expected an 18% gain.

Stocks were positive 72% of the time over the last 50 years, so calling for higher prices is the rational default setting when you think about the power of career risk. It also makes sense to stay close to the herd. If you miss a bear market, well, so will everybody else. 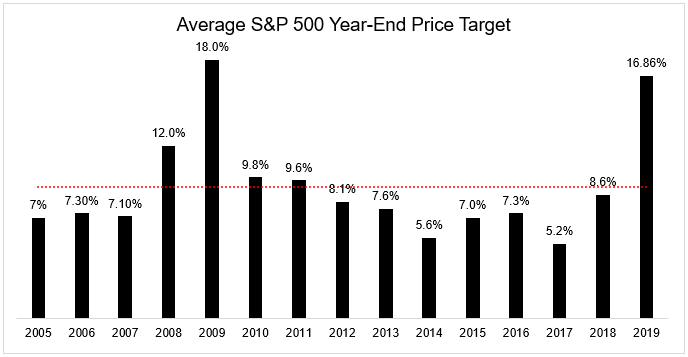 The chart below shows the expectations versus reality. 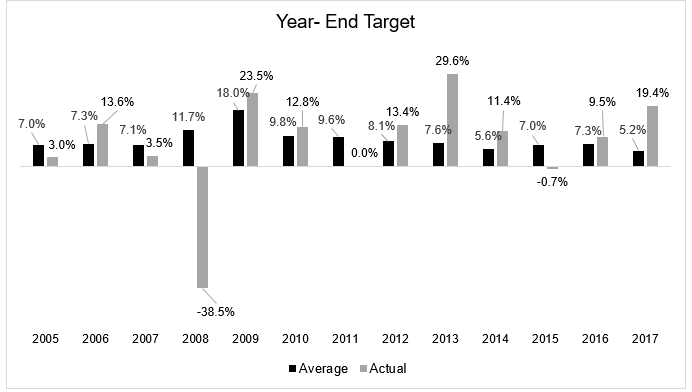 Very few predictions age well, especially those about the stock market. In December 2007, Barron’s wrote “the dozen seers we’ve surveyed all have penciled in higher stock prices in 2008…On average, the group sees the Standard & Poor’s 500 at 1,640.” It closed at 903. The market makes a mockery of those that try on future-tinted glasses.

The chart below shows the difference between the average annual forecast and what actually happened. The average miss is 10.7% over the past 13 years 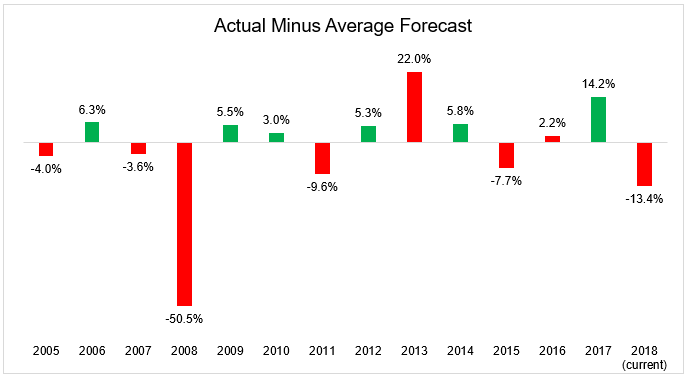 Why do we see these forecasts year after year? Because people want to be told what the future holds. Demand will always be supplied.