Another day where the feeling of risk overwhelms the prospects of opportunity.

The chart below shows all the times that the S&P 500 declined by at least 1% over 4 consecutive sessions. This has occurred at bottoms (2002, 2009, 2015), and in October 2008, which was…definitely not the bottom. Whether or not we’re near one remains to be seen, but one thing we can all agree on is that this is not the type of behavior that we see in bull markets. 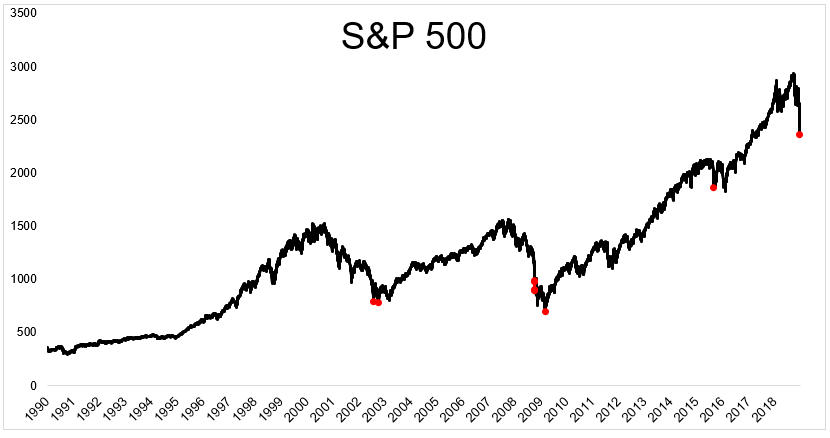 The current market environment feels particularly bad because the selling just won’t let up. Do we blame the algorithms? It’s hard to declare that the market is moving any quicker today than it has in the past, at least looking at the charts below.

So is the bull market over? Impossible to say. The chart below shows the previous three secular bull markets (Dow, price return, start/end dates subjective). Each one had hiccups and 20% declines along the way. 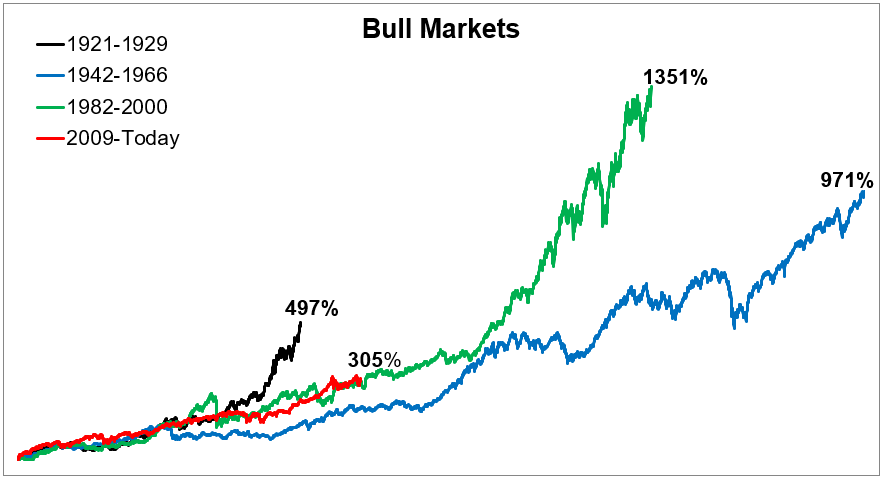 Switching gears for a second. Nothing wrong with any of the products in the chart below, but just a reminder that this is smart beta, not magic beta. 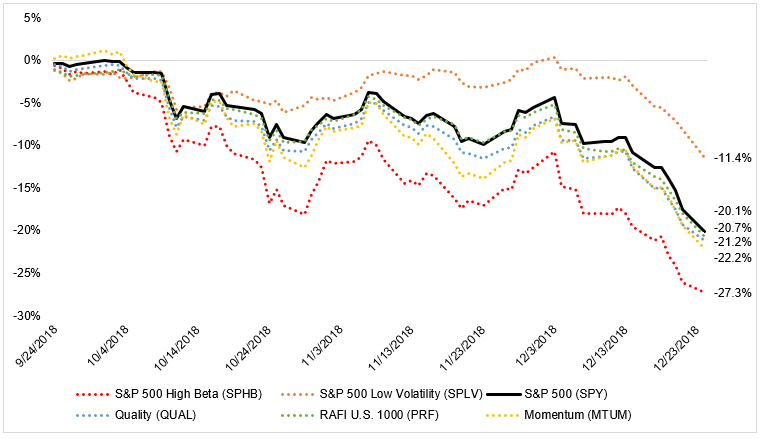 Back to what matters. For those who have little interest in timing the market and have chosen to sit through the pain, I would like to end this with this chart. 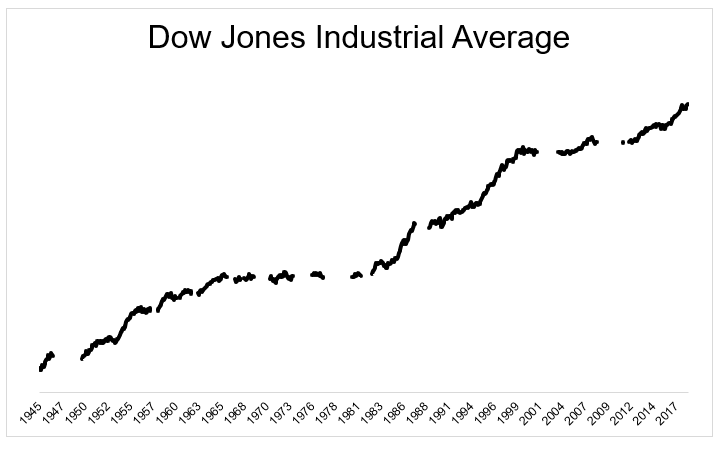 I do believe that the current decline will be nothing more than white space in the future.