But how many people threw $10,000 into the S&P 500 and never invested again? Not many I’d wager. The majority of ordinary investors contribute to their 401(k) regularly, like clockwork. For these people, the last twenty years weren’t so terrible.

The chart below shows $100 contributions into the S&P 500 every month. As you can clearly see, $100 goes a long way when the stock market goes on sale (2002, 2009). As the market rises, however, as it has done for the last decade, you’re still buying, only less enthusiastically. 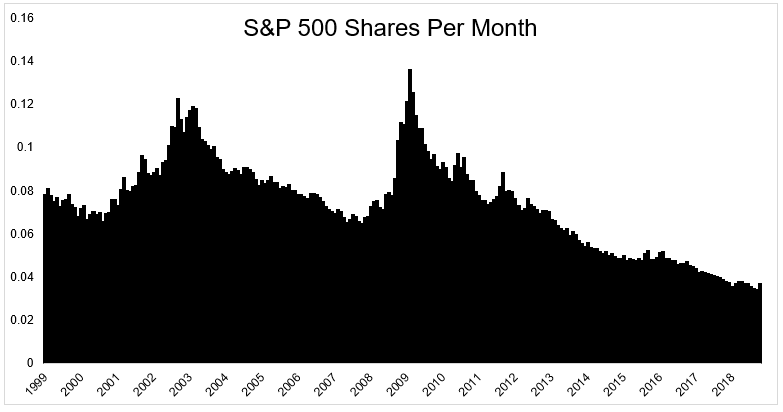 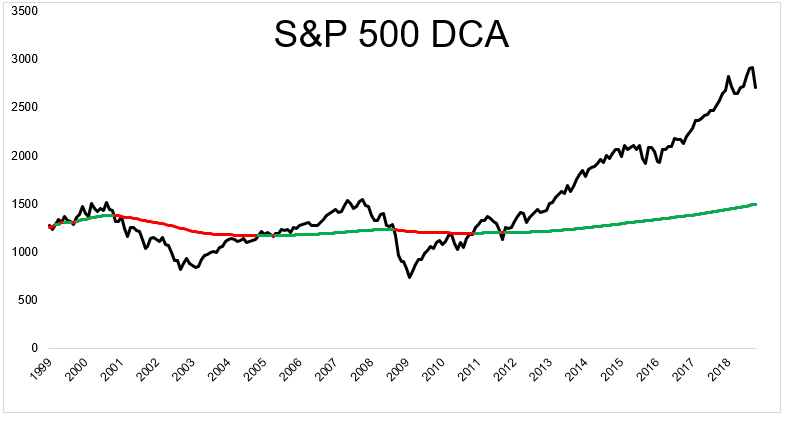 Shown differently, the red line is how much money this strategy would have put into the market versus the value of the portfolio.

The chart below shows the % change on the invested capital. It’s true, the last twenty years weren’t too much fun. You could have put money into the market every month and eleven years later you would have earned nothing. That’s tough, but that’s risk. The market doesn’t owe us anything. 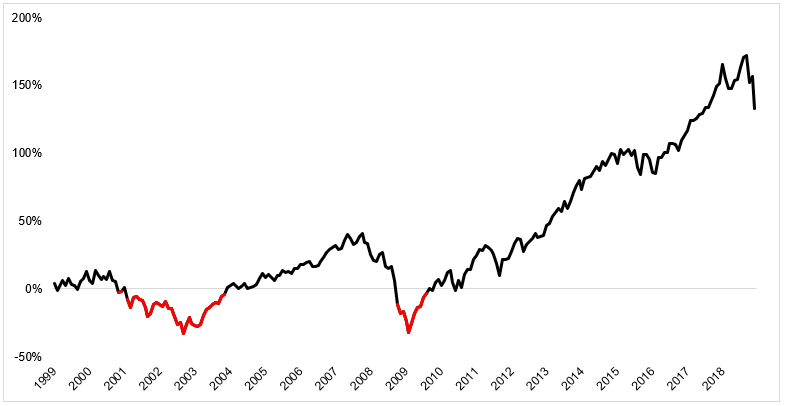 But as you can see, eventually, those who endured the risk were rewarded. Over the past twenty years, the S&P 500 returned 5.6% a year. The investor who DCA’d earned 7.9% a year.

So does dollar-cost averaging guarantee that by buying more low and less high, you’ll outperform the market? No, it does not. If you reverse the sequence of returns, the market still would do 5.6% a year, but dollar-cost averaging would have received only 4% a year. This makes sense because a crash when you have only invested for twenty months has a smaller effect on the portfolio, in dollar terms, than a crash after you’ve been contributing for 300 months.

Dollar cost averaging is not a panacea.

We cannot control where the market goes and when, but if you set up a program that automatically invests whether the market is going up down or sideways, it systematically avoids the noise. This is the easy part. Hanging in there until the risk is rewarded, that’s what makes this tricky.