A friend of mine was pitched a variable annuity. He sent it over to me to take a look.

Before I get into the details of this product, I want to make clear two things: I am not an expert in this field, and there are more annuities than there are hedge funds. They all share some basic characteristics, but the devil is in the details.

This particular variable annuity was linked to the NASDAQ 100 and S&P 500 with specific caps to the upside and buffers to the downside. 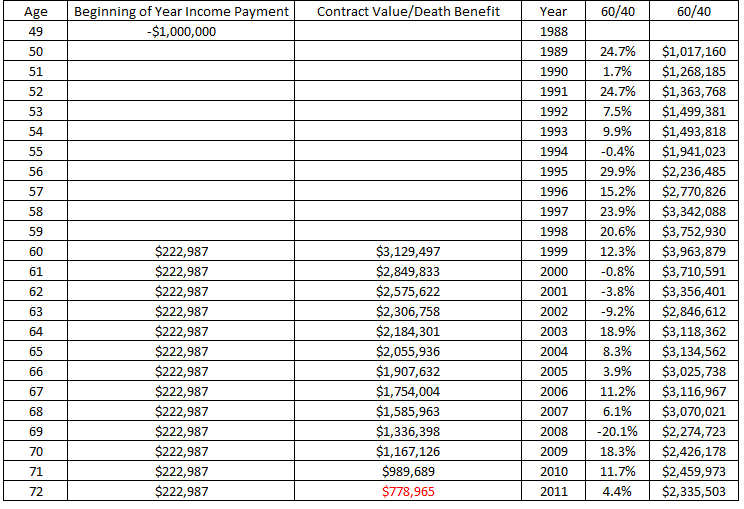 Okay, so obviously the person would have been better off investing the money in the market but this definitely deserves a few caveats:

It’s unlikely that an annuity will do better than the market, given that there are costs associated with the insurance, but it’s also unlikely that somebody can invest without any frictions or behavioral lapses over a multi-decade period of time.