Ben and I talk a lot on the phone, and every day that week I told him that rallies weren’t holding. Stocks couldn’t even sustain an intraday bounce, and given how oversold they were (RSI <20) this was, in my view, a very dangerous position to be in.

This is what that those failed rallies looked like intraday. 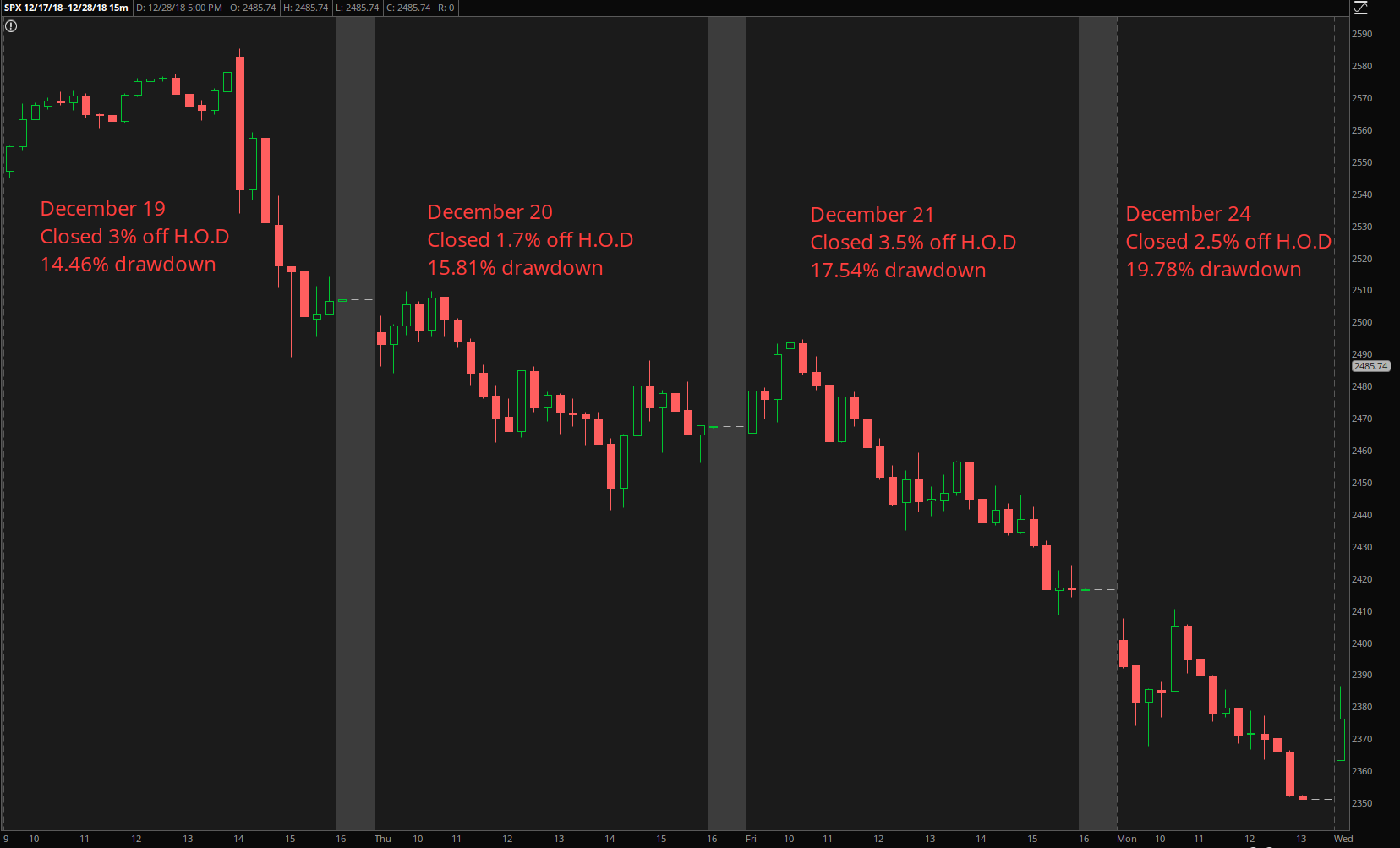 We all remember Sunday night when Mnuchin Tweeted that the banks had ample liquidity available for lending. It appeared he yelled fire in a crowded theater, and the next day stocks fell another 2%, pushing the S&P 500 20% below the highs made in September.

My reaction was fairly representative of how most people were feeling.

“The Mnuchin bottom.” -Nobody

This can now be filed firmly in the “this did not age well file.” The day after Christmas, stocks gained 5%, and haven’t looked back since. Last week, the S&P 500 made a new all-time closing high, just like none of us thought it would a few months ago.

The last few months have served as a great reminder of what Bernard Baruch said many decades ago, “The main purpose of the stock market is to make fools of as many men as possible.”