I always assumed that a flat long-term moving average was more bearish than bullish. I thought that a trendless market occurs when a bull market fizzles out, right before the bear arrives. This is not the case.

Nick Maggiulli created this amazing GIF which shows the distribution of forward returns when the slope of S&P 500’s 200-day moving average is flat, higher, or lower. Bad things happen in falling markets, to state the very obvious, but a flat 200-day on the other hand, tells you very little, if anything about the forward direction of stock market returns. 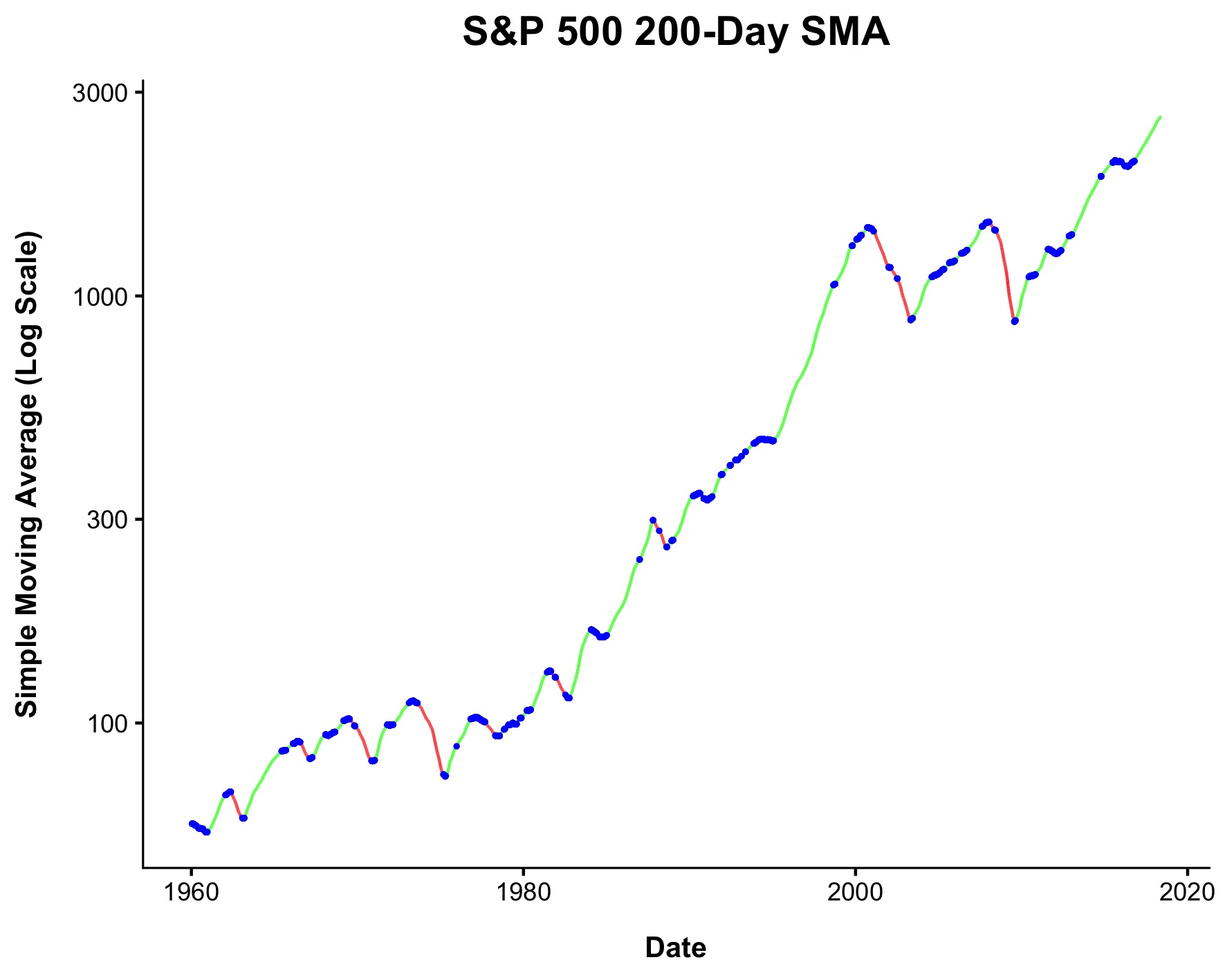 Not only are returns not bad following a flat moving average, they’re actually better than average. The table below shows returns on the left (annualized), and standard deviation on the right. The good news is the curve is now flat, the bad news is it looks it’s about to head lower, which does not bode well for stocks in the short term.

I don’t view the 200-day moving average as some magical line. The 180, 210, 220, or 175 day would all tell the same story. These numbers are only averages, of course, so please take all of this with a grain of salt. A long-term moving average only tells you where the market has been, not where it’s going.