According to TechCrunch, 151 private companies around the world passed the $1 billion valuation mark in 2018. Collectively, they managed to raise a whopping $135 billion. 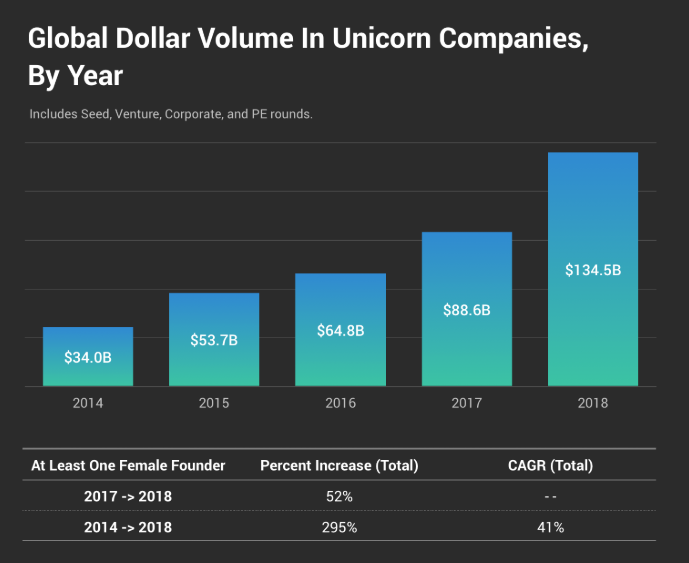 Where do these unicorns go? Last year, 39 had initial public offerings and another 14 were acquired. All told, 144 companies have seen exits, with 68% going public and the other 32% being acquired.

Once they hit the brokerage accounts, however, it’s a whole different ball game. Retail investors are not as forgiving as VCs, or maybe they just refuse to look at losses as investments (eye roll).

Only 38% of IPOs have outperformed the S&P 500 over the last ten years. That’s actually not so terrible, but the magnitude of relative performance clearly skews negative, as you can see in the chart below. 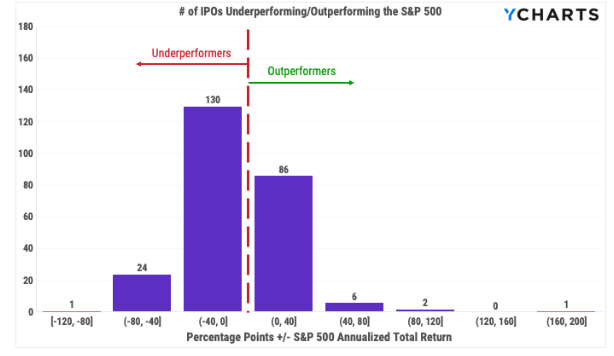 I think the explosive growth in private markets is a net positive, but what’s not so great, at least one would think, is that of the 25 largest IPOs of 2018, 15 of them were losing money. 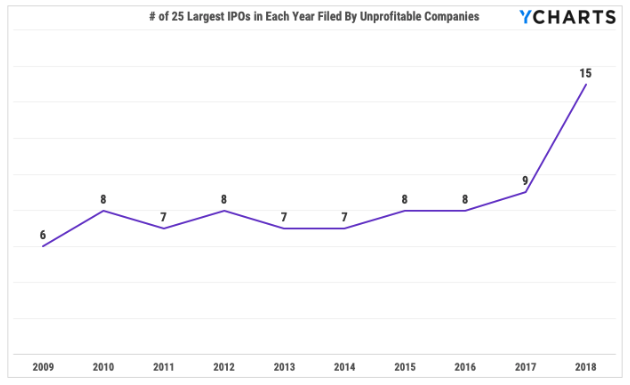