The New York Times and the Wall Street Journal basically wrote the same story on the same day last week. Both outlets reported that there is fierce competition in the housing market, and it’s not coming from buyers, but rather from investors.

The chart below shows how the landscape is changing. In Memphis, for example, just 4% of single-family homes were bought by investors in 2000. Today that number is 20%. 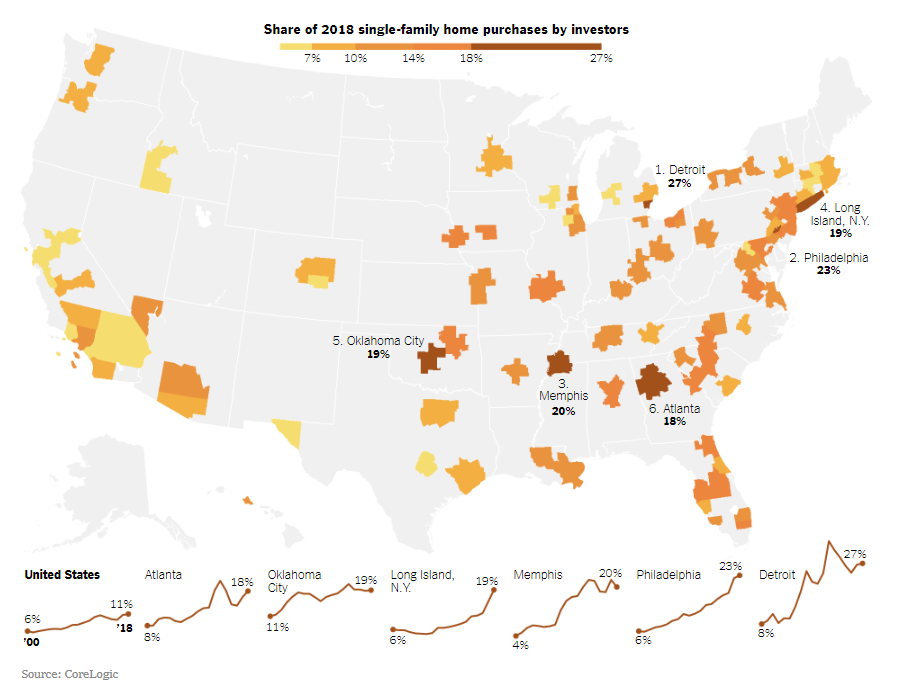 Investors are looking for a return on their money, obviously, which is making things difficult for home shoppers, particularly those on the lower end. 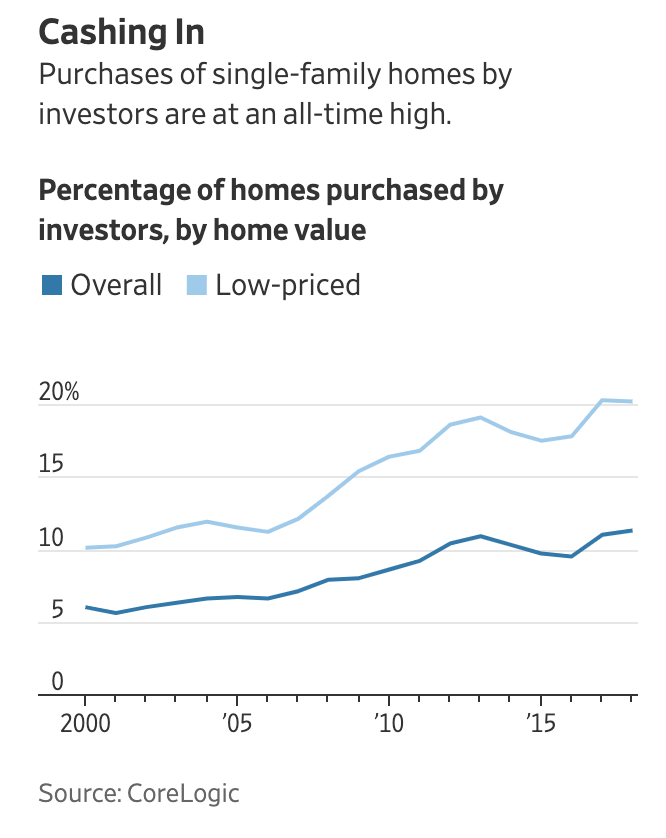 What’s causing the surge in investor demand? The Journal nailed the driving forces behind this:

In other but related news, iBuyers, like Zillow and Offerpad are trying to do to houses what Amazon did to everything. “Last year, they bought nearly 5,000 houses in the metro area, roughly one in every 20 existing homes sold. They’re after real-estate transaction fees and anything they can make on reselling the property.” 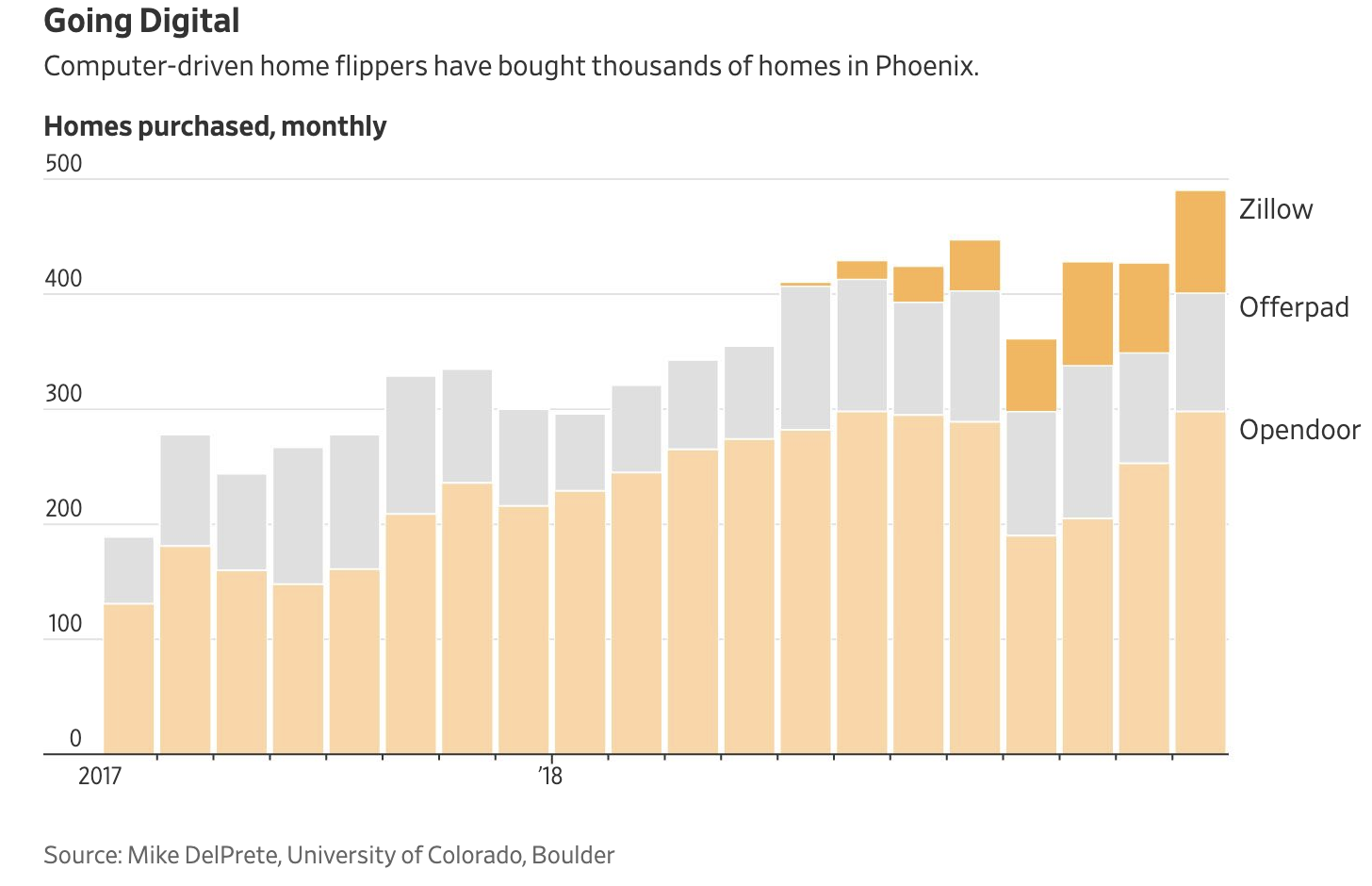 Rich Barton, CEO of Zillow, said “It’s the dawn of e-commerce for real estate.” Hit the links below for the full stories.

Want a house like this? Prepare for a bidding war

Investors are buying more of the U.S. housing market than ever before

The future of housing rises in Phoenix