If you think there’s something out there that has unlimited upside, theoretically you would put all of your money and all of the money that you could borrow into it. But in the real world margin debt cannot be forgiven, and the relationship between risk and reward is not just academic. You should only invest what you’re willing to lose.

So how much exactly should you be willing to lose?

With the help of the ridiculously talented Nick Maggiulli, I attempt to answer this question. We’re going to use Bitcoin  as an example, which began its meteoric ascent in 2017.

The chart below shows how adding Bitcoin to a traditional stock and bond mix would have dramatically helped overall performance. The purple line shows 100% of the money invested in 60/40 portfolio (iShares, AOM). The red line shows 8% in Bitcoin, 92% in AOM, etc. 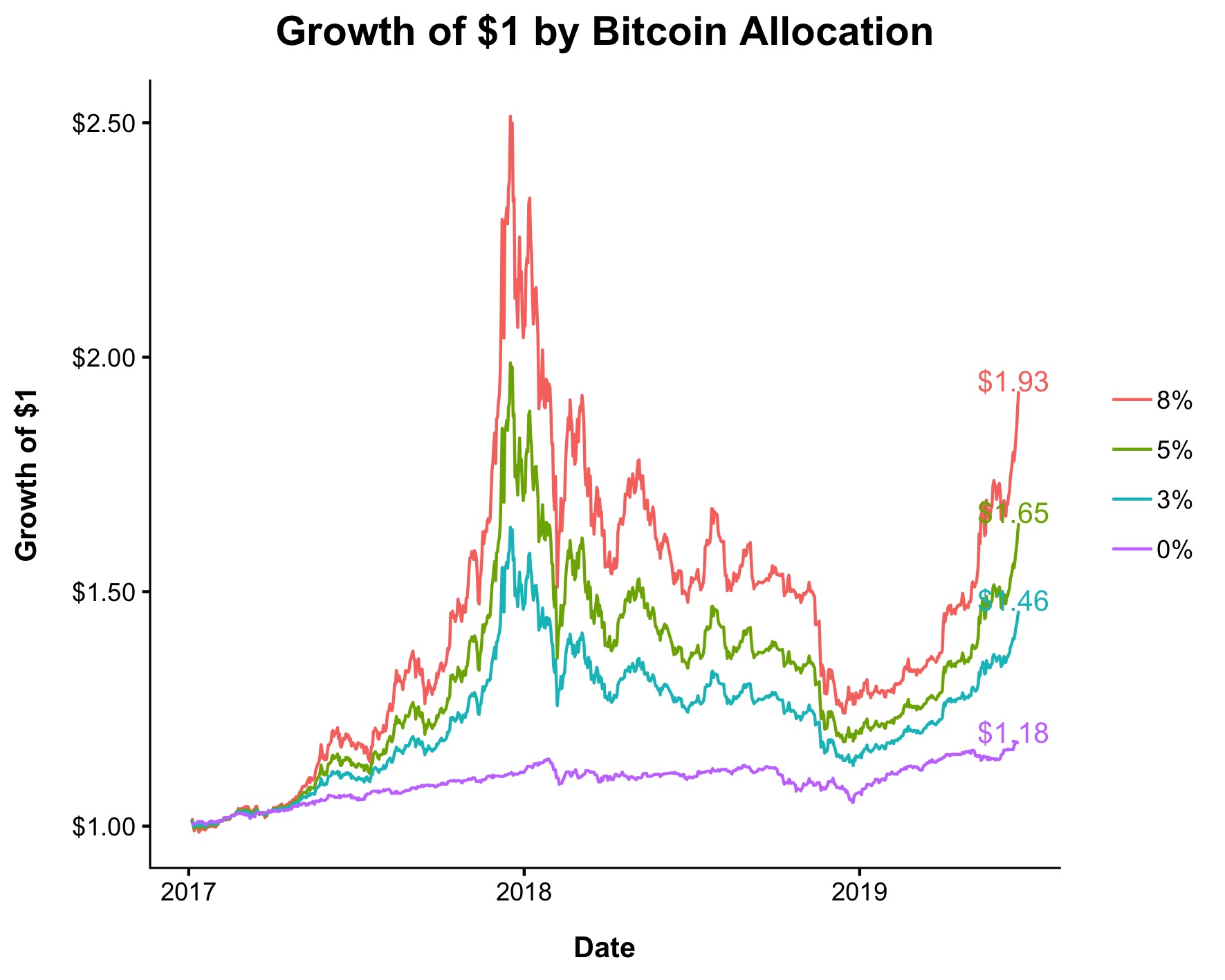 Just a 5% position in Bitcoin at the beginning of 2017 helped this hypothetical portfolio grow to an ending amount that was 40% more than a 60/40 portfolio alone.

This massive outperformance also came with a massive cost. Bitcoin began 2017 below $1,000, and by Christmas it reached nearly $20,000. Shortly after one of the most spectacular advances of all-time came one of the most incredible crashes. A year after its peak, it collapsed nearly 85%, bringing the entire portfolio down with it. 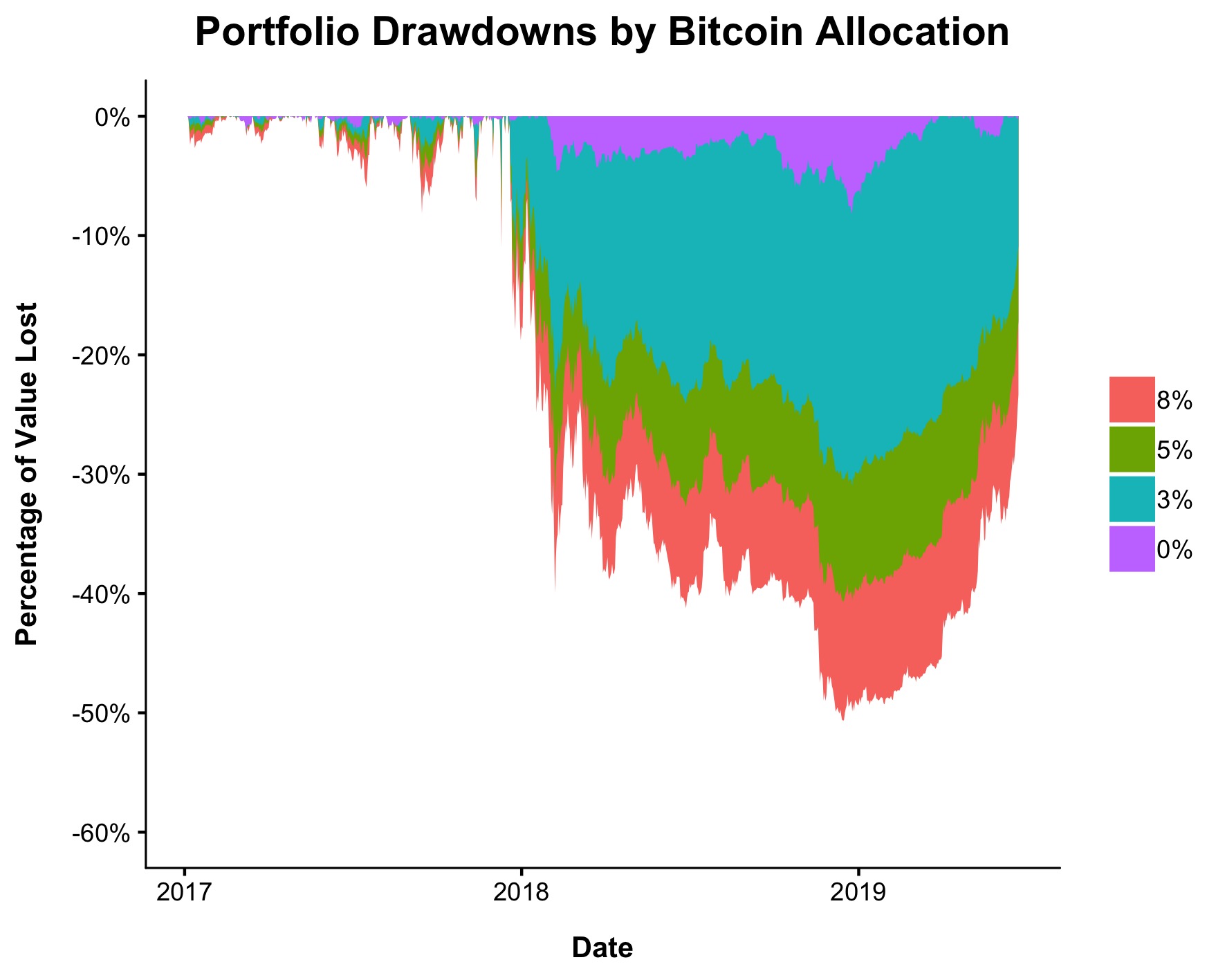 The numbers below show an initial allocation to Bitcoin in January 2017, combined with a 60/40 mix, and how much the total portfolio fell from peak-to-trough.

I cannot imagine the conviction needed to watch something lose a quarter of its value six separate times and not throw in the towel. I guess at that point most investors aren’t feeling conviction, but rather apathy. If you watch something fall 85%, then you might as well hang on because screw it, the most you can lose is another 100%.

Investors are forever searching for the next Apple, Amazon, or Netflix, perhaps without understanding that each of them have lost 75% at one point in their rise. If you actually do find one of these giant winners, and you probably won’t, but if you do, less might be more because when it does fall it can take your entire portfolio down with it.