When people look at financial markets, they see numbers and they hear narratives. But data can hide the past and stories can distort the present.

History books will describe the last ten years as “a period of moderate economic growth on the back of accommodative central bank policy.” This tells you very little of what actually happened.

Numbers can help convey what’s going on around you, so with this in mind, let’s look back at the last ten years for U.S. stocks.

It’s hard to believe, but based on a number of different metrics, this has been the best ten-year period for our stock market.

Rather than tell a story about why this happened, I’m going to let the data do the talking.  Nick Maggiulli, helped me put together some killer charts that demonstrate how incredible this recent period has been. (Everything is price only, beginning in 1950. Data from Ycharts)

We’ll begin with returns. At ~12% a year, this not quite the best ten-year period ever, but its in the 90th percentile. 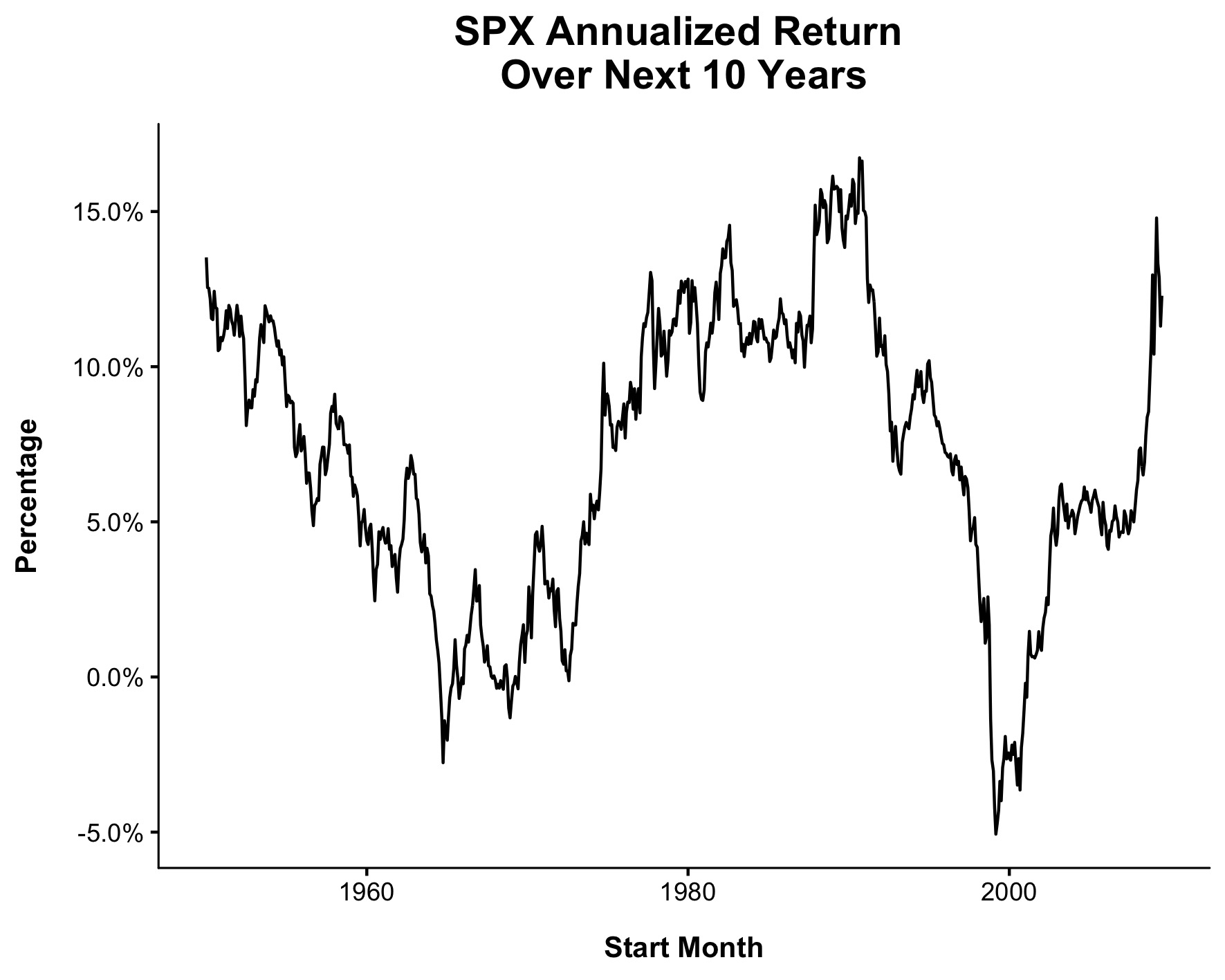 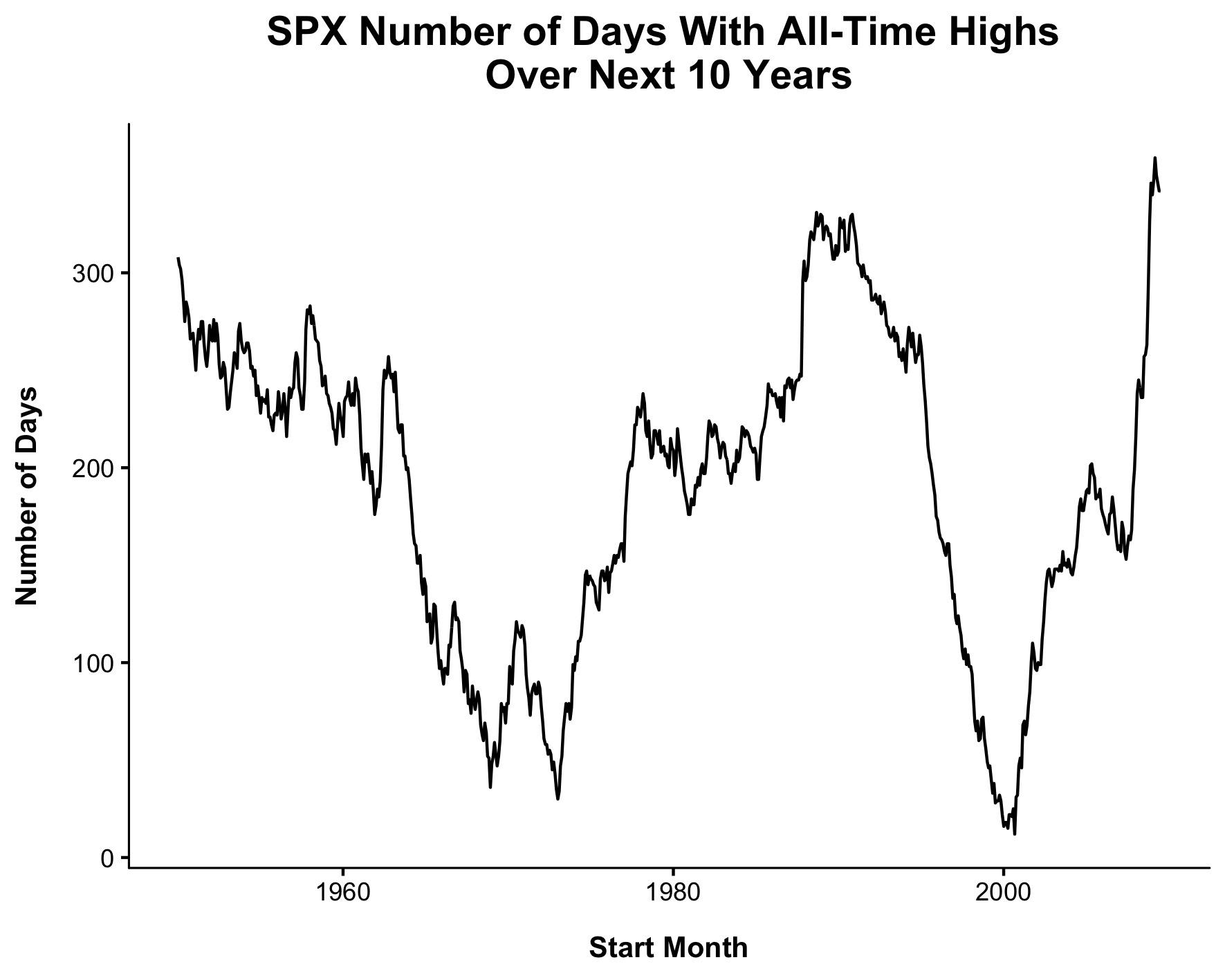 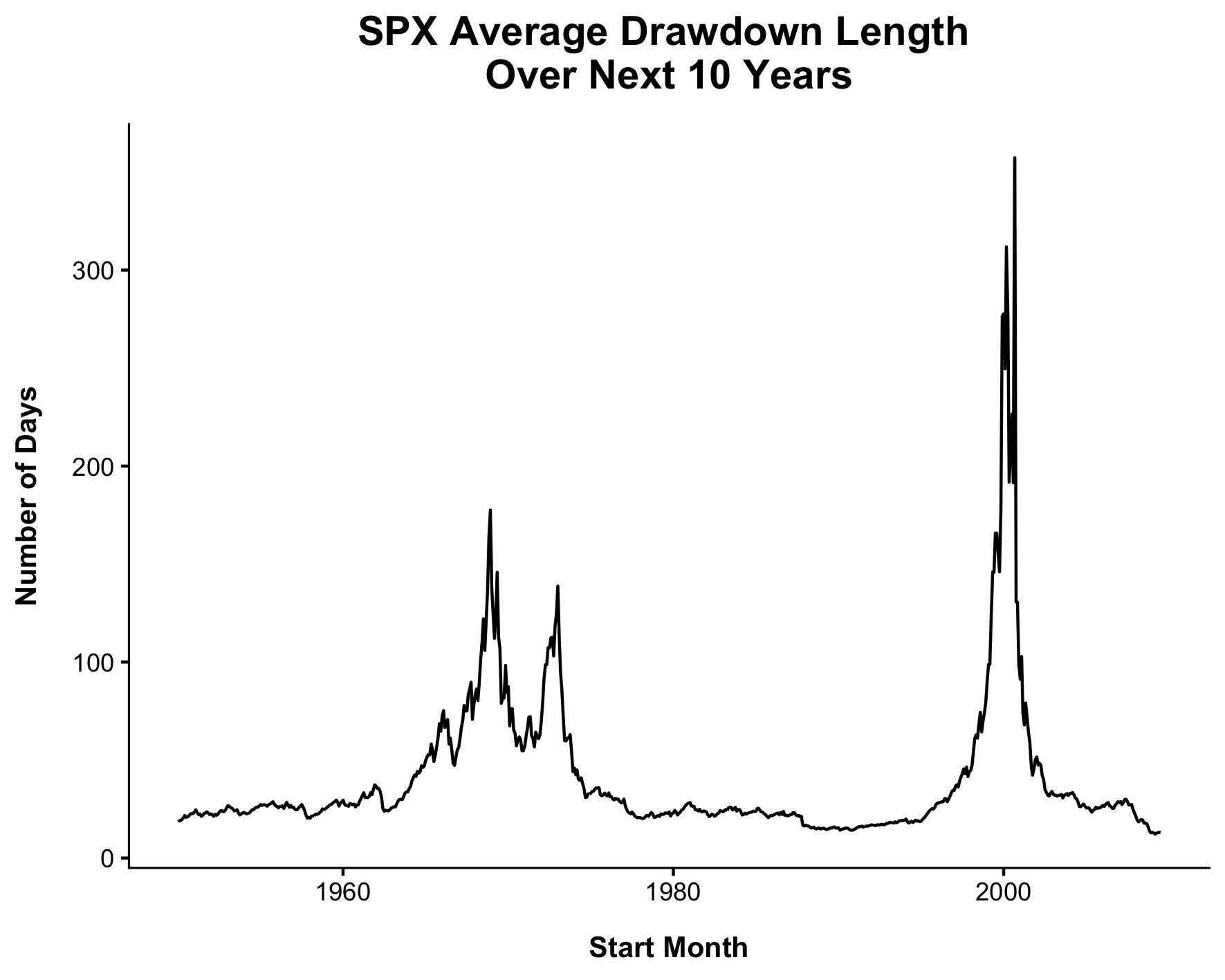 The next one might be a little confusing so let me explain exactly what it means. Let’s say there were 100 drawdowns over the last ten years. I took the lowest point for each, then took the average across all 100. The average maximum drawdown over the last ten years was just 1.7%, the lowest reading going back to 1950. The next best reading by this metric was 1958-1968, which was 1.8%. 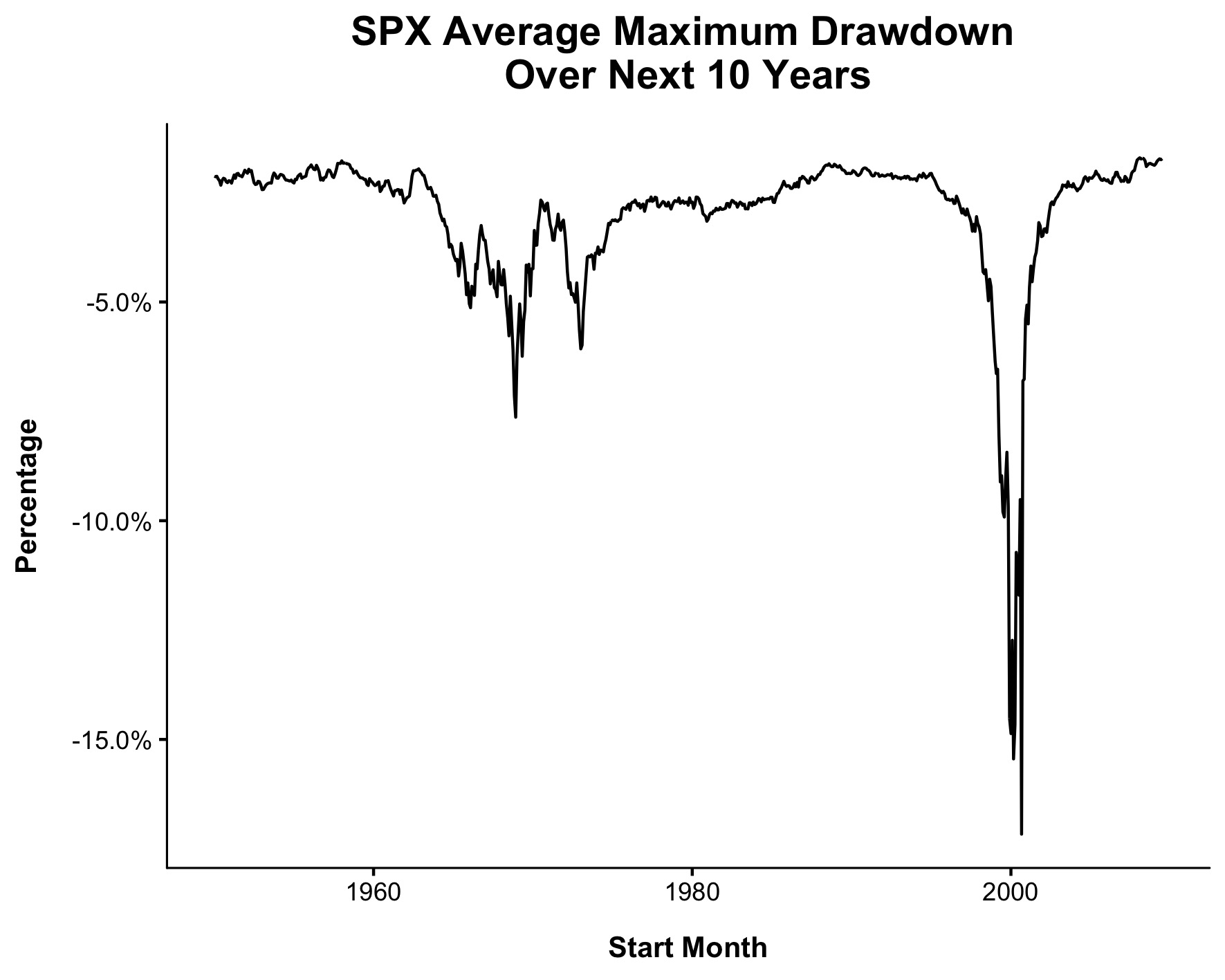 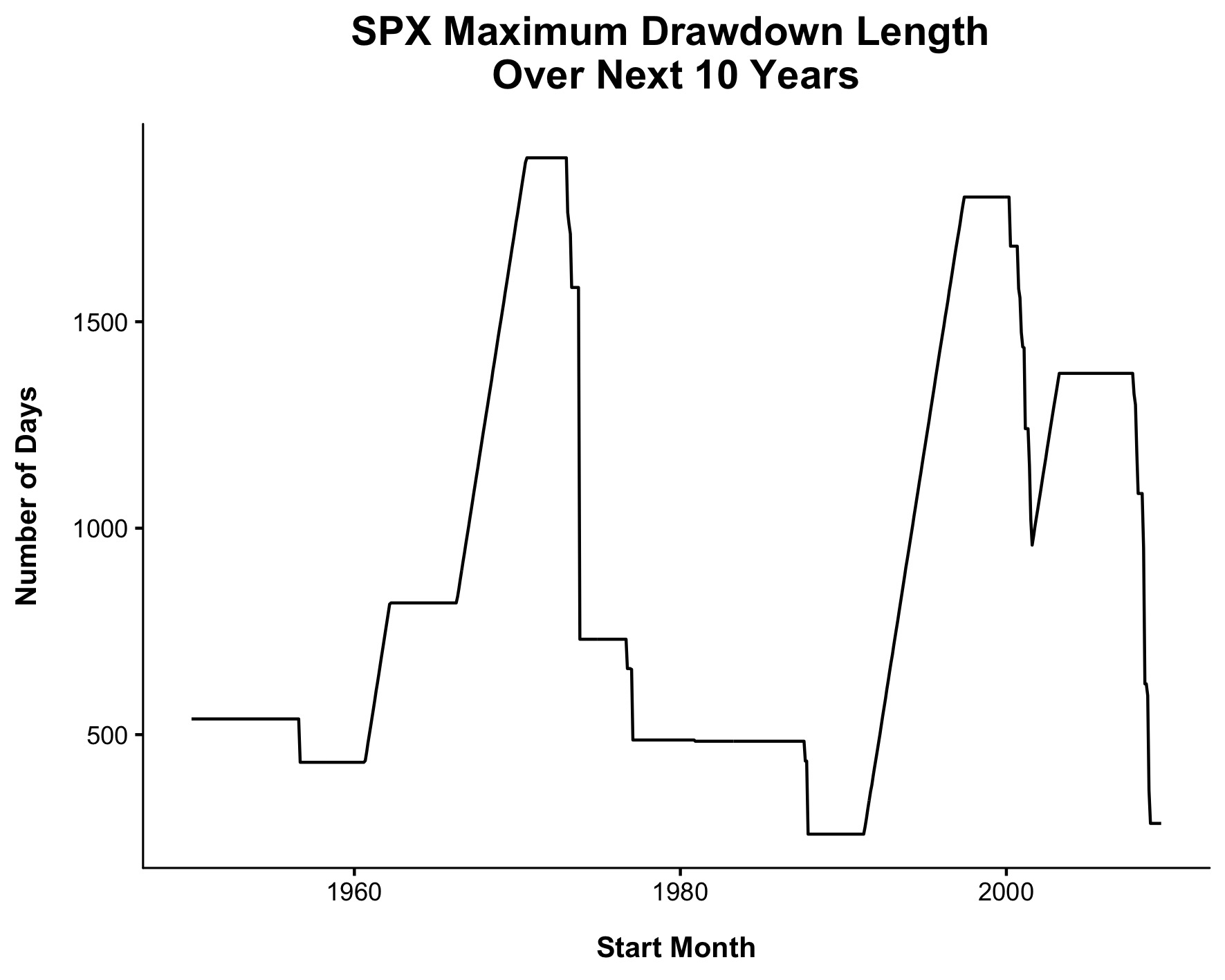 The worst drawdown on a closing basis over the last ten years was 19.8%. The best period using this metric was 1991-2001,which experienced a max drawdown of 19.3% 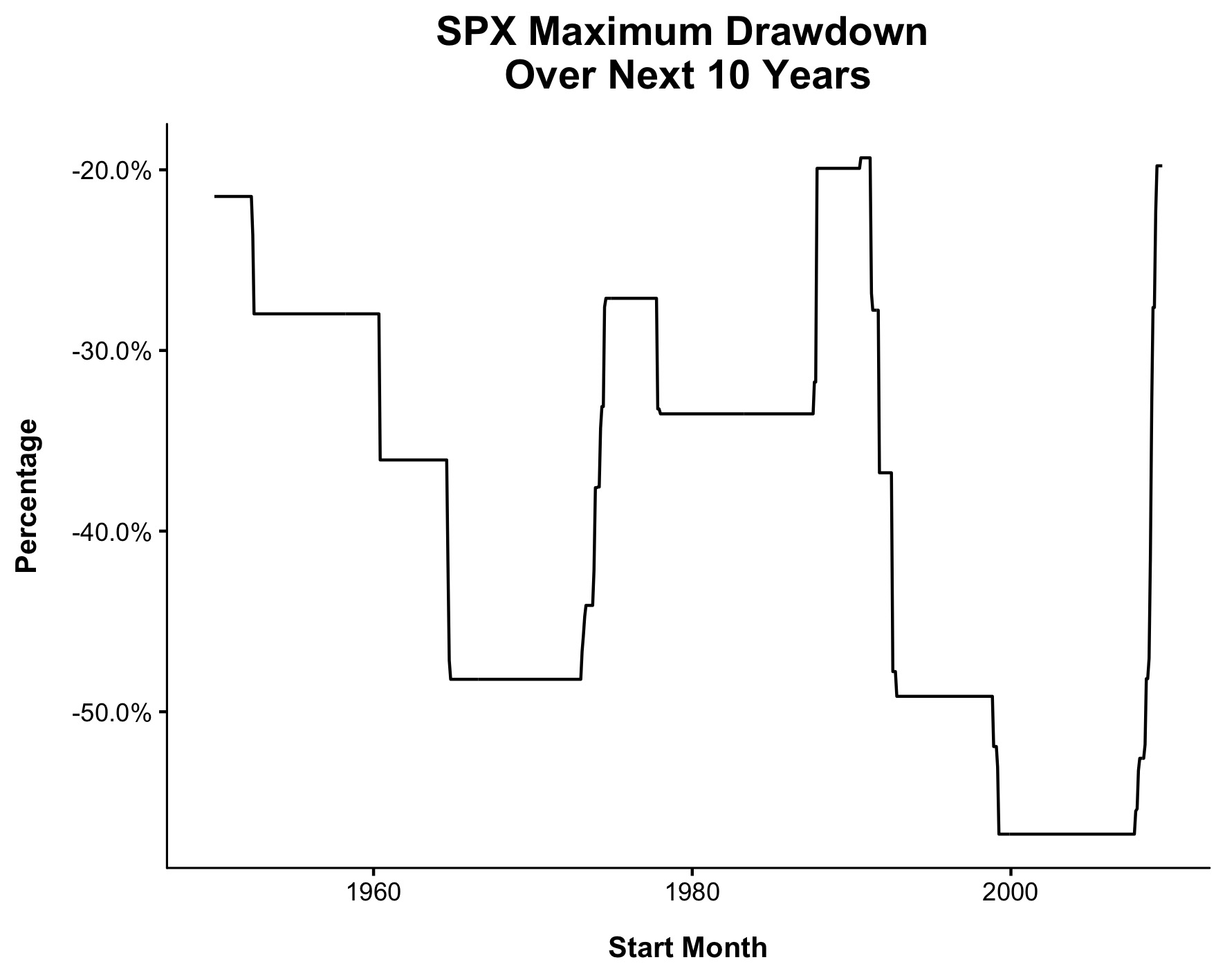 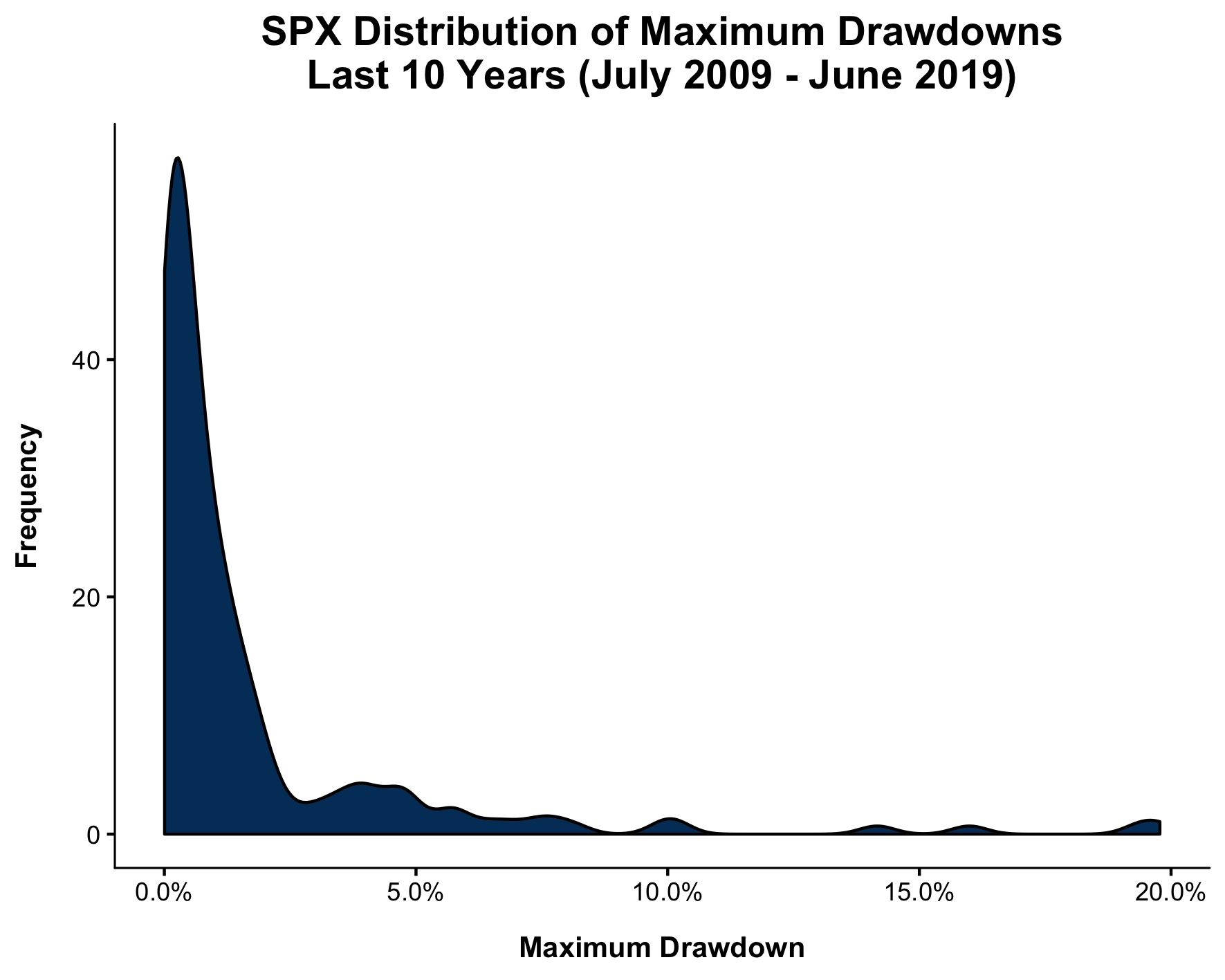 It’s hard to appreciate the good times when you’re in the middle of them, which is why it’s helpful to turn to the data. Narratives hide the present, numbers reveal them.

Looking at the numbers, one can easily make the argument that we just lived through the best ten-year period ever for U.S. stocks. Which means what, exactly?

Well, it’s hard to say. Can this bull market continue? Yes, of course. It’s already gone on longer than many people thought it would, myself included. But is it likely to be as strong as it was over the last ten years? No, almost certainly not.

In a system as unpredictable as the stock market it’s difficult to make predictions, but if there are any iron laws we can learn from studying the past, it’s that the good times don’t last forever. I’m not saying we’re about to enter a lost decade, but I’m very confident that the next ten years won’t be as smooth as the last one.