There was an article in the New York Times that highlighted the reversal of previous findings in medicine.

Of more than 3,000 studies published from 2003 through 2017 in JAMA and the Lancet…more than one of 10 amounted to a “medical reversal”: a conclusion opposite of what had been conventional wisdom among doctors.

This got me thinking about conventional wisdom in investing that might need further scrutiny. Before I get into it, this thought exercise was way more difficult than I thought it would be. The only piece of conventional wisdom that 90% of investors will nod their head at is “diversification is the only free lunch.”

I was able to come up with five items where I think the opposite of conventional wisdom is true.

Stocks are riskier than bonds.

One-month U.S. Treasury bills, often put in the risk-free bucket, went 68 years with a negative real return. Sure stocks can kill you fast, but bonds can kill you slowly. 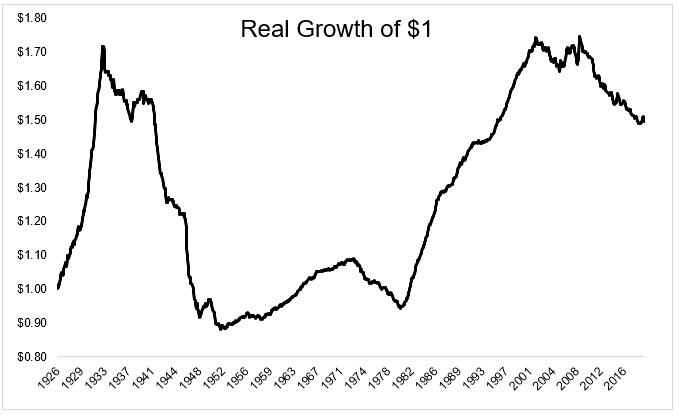 Gold is a good hedge against inflation.

This makes sense in theory, but it is not always the case in reality. If gold did provide a hedge against inflation, you would expect the two to be at least somewhat correlated. The chart below shows the rolling 12-month returns of gold and CPI. Of course I’m cherry picking by starting in 1980, a decade after rampant inflation and amazing returns for gold, but still, over the last 40 years, this conventional wisdom has not held up well. 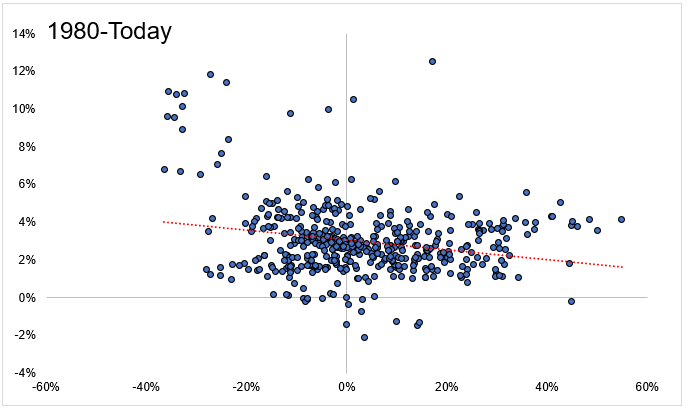 Okay, this one is actually more true than I thought it would be before I looked at the data. Since 1950, by the time the recession started, on average, stocks were in a 9.2% drawdown, which you can see in the chart below. So it turns out that knowing when a recession starts is a great signal to get out of stocks. Problem is you can never know in real time when a where you are in the business cycle, but that’s another story for another day. 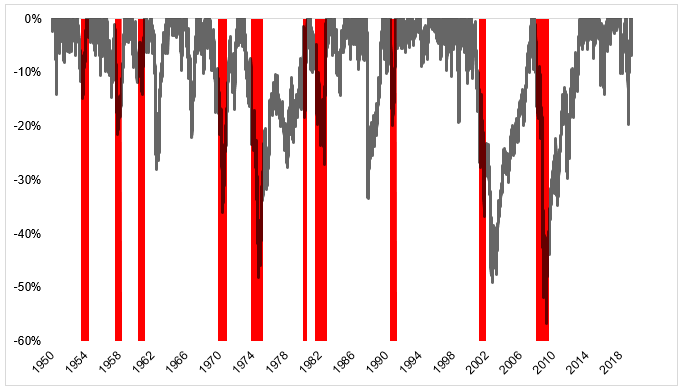 Since 1927, there have been 202 monthly closing highs in the S&P 500. There have been 4 market crashes. That’s a lot of time spent worrying about something that happens 2% of the time. All-time highs are generally more of a green light than a red one. 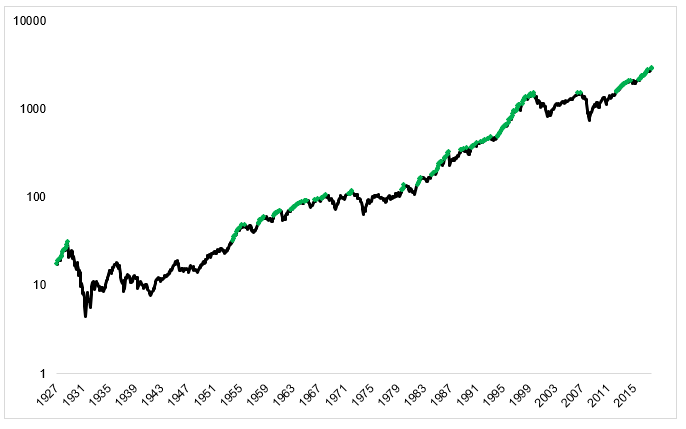 Your house is a good investment

According to Shiller’s data, this simply isn’t true. Real home prices went nowhere for 100 years. I am not suggesting home ownership is bad in any way, but there is this idea that you buy a house, sell it after thirty years, take your gains and retire to a beach. The truth is closer to what my friend Morgan Housel once said: “A house is a large liability masquerading as a safe asset.’ 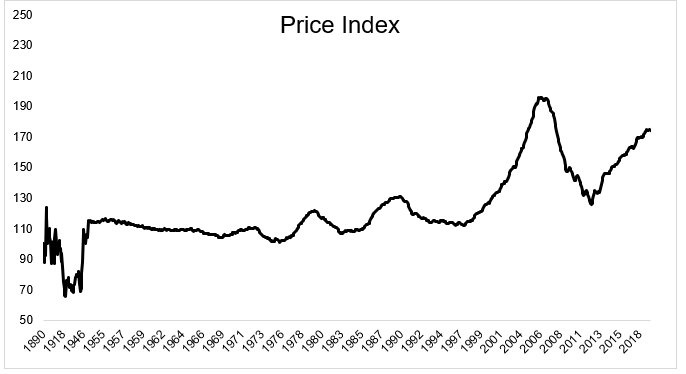 Different opinions and different objectives and different time frames means that conventional wisdom is hard to find in financial markets. The lack of consensus is part of what makes investing the best game on the planet.