Howard Marks recently said “The process of lowering rates causes assets to inflate. There will be more wealth piled up by the people who have assets and it’ll be harder for people who just have a little bit of savings to make a return.”

Marks is hardly alone in this line of thinking. “The Fed is punishing savers” is one of the most commonly used financial quotes of the last decade. And while there might be elements of truth to this, I think there’s more to the story.

There are a lot of problems in this world, but the idea that savers are being robbed by lower interest rates, in my opinion, is not one of them. Here’s why:

Why should you get reward with no risk?

You are owed nothing. This goes for investors who take risk in the stock market, and it goes doubly for people who don’t take much risk at all.

If you were able to stomach a moderate amount of risk, say in a 50/50 portfolio for example, you would have earned 8.5% a year since 2010. Low interest rates didn’t punish savers, avoiding risk did it for them.*

What’s so great about high interest rates? Be careful what you wish for.

Interest rates rose from the end of World War II through the end of the 1970s, and have been on the decline ever since. 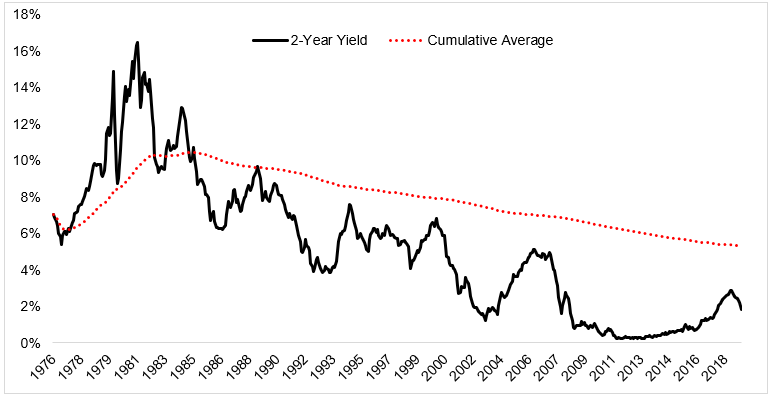 It’s understandable why investors yearn for the days double digit interest rates. But you have to consider the type of environment that could breed such a high cost of money. It’s great that the government used to pay you 15% to lend them money for two years, but what the government giveth, inflation taketh.

The chart below shows that the benefit of higher rates was often negated by the cost of higher prices everywhere. People remember the 70s for high interest rates; they should also remember them for high inflation, lines at the gas pump, and the worst bear market for stocks since the great depression. 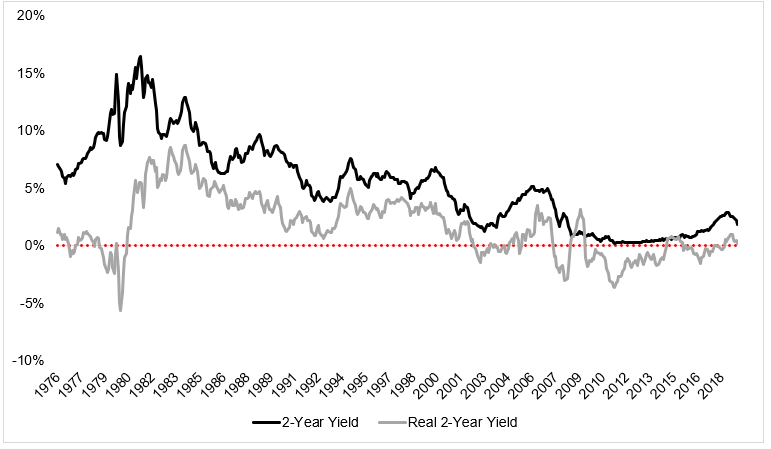 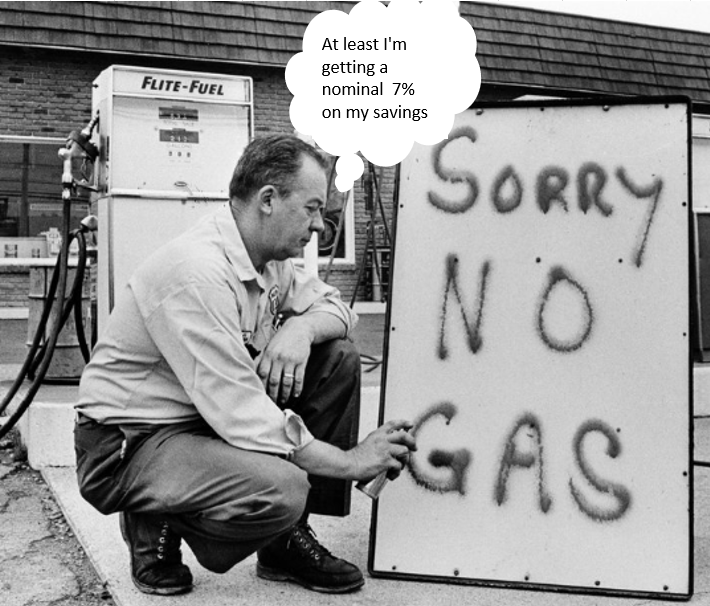 Low rates are bad for risk-free investors, but they’re good for consumers

There are two sides to every coin. You can’t talk about savers without talking about consumers. And the latter outnumber the former by orders of magnitude. Whatever people are not receiving from a low rates is being more than made up for in their mortgage and other items that are financed.

Who are these “savers” everyone keeps talking about?

You might say that people who have mortgages and other financial assets are not “savers.” Okay but 24% of Americans don’t have at least $400 in savings. So then who are we really talking about? Are savers people who have between $100,000 and $200,000 in investable assets? Are they over 50 years old? 60? Are they still working? Do they have a pension?

The point is, I feel like the word saver is thrown around all the time without any sort of explanation of who exactly we’re talking about. “The fed is punishing savers” is a euphemism for “I don’t really like what’s going on.”

It’s certainly possible that money has been too easy for too long, and that we look back on this period with disbelief. It’s not very hard to imagine. But the fact that cheap money is funding projects that might otherwise not get off the ground does not mean that savers are being punished. They are two different things, even though they might be share a common relative.

The Federal Reserve has two mandates, neither of which are take care of savers.

There’s always been booms and busts and haves and have nots. It’s easy to blame central bankers, but they’re not the root of all our problems.

*This might sound overly harsh. It’s very easy to understand why people avoided risk in 2010, and that had nothing to do with the Fed.