In the first of seven Lincoln Douglas debates, Stephen Douglas was slated to take the stage first. The deal was that he would get one hour, Lincoln would follow with a ninety minute rebuttal, and Douglas would then be given a final thirty minutes to follow back. This format, believe it or not, was much shorter than the two men were accustomed to.

Neil Postman wrote about the audience’s ability to withstand hours and hours of dialogue in his fabulous and prescient book, Amusing Ourselves to Death:

On October 16, 1854, in Peoria Illinois, Douglas delivered a three-hour address to which Lincoln, by agreement, was to respond. When Lincoln’s turn came, he reminded the audience that it was already 5 p.m., that he would probably require as much time as Douglas and that Douglas was still scheduled for a rebuttal. He proposed, therefore, that the audience go home, have dinner, and return refreshed for four more hours of talk.

In the Democratic debate a few weeks ago, ten candidates were on stage to talk about the myriad of issues facing our society. They were each given thirty seconds to make their point. Toto, we’re not in Illinois anymore. 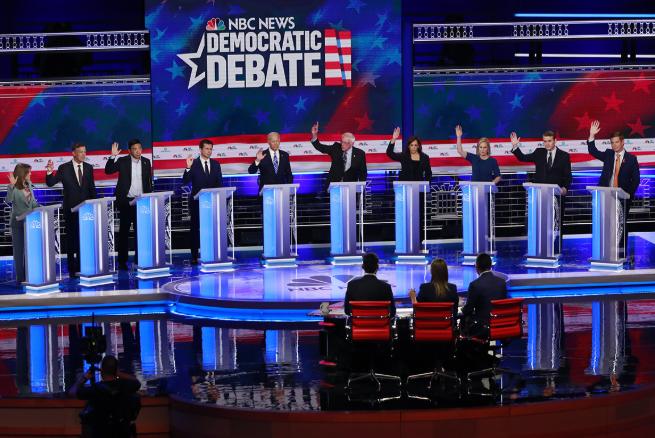 Investors are always told to think long-term, but how are we supposed to do this in a world that gives presidential candidates 30 seconds to make a point? It’s not an easy task, but I’ll share some ideas in a minute.

It’s hard to think about the future, so maybe a visual aid will help. Imagine a 30 year old today who is thinking about planning for their financial future. Assuming they retire at 65, and die at 80, this is what the rest of their life looks like. The blue dots each represent one day. 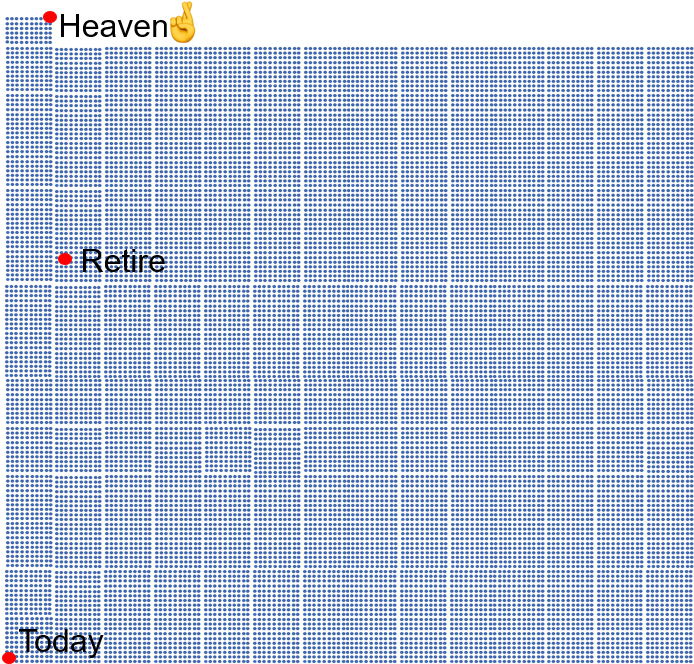 Look at all those dots. Most investors have way more time than they realize.

One of the biggest challenges investors face is their desire to tinker. Like Pascal said, “All of humanity’s problems stem from man’s inability to sit quietly in a room alone.”

You don’t dig up a young tree every time storms. It needs time to grow. The roots can handle wind and rain and thunder. Likewise, a diversified portfolio needs time to grow, and can also withstand some discomfort.

Beyond discomfort, investors will have to survive tornadoes from time to time. Morgan Housel recently framed how different investors might deal with market turbulence:

If you view every debt-fueled recession, market crash, and asset bubble as an example of your fellow people acting crazy you might get cynical, which makes it hard to be a long-term optimist even when you should be. If you view them as inevitable you realize they’re just part of the ride and an occasional reminder that the fasten-your-seatbelt sign should never be turned off.

The chart below, which some might fairly point out is a chart crime, shows the average daily compounded growth of the Dow over the last century. What is crystal clear is that over time, stocks go up. But they only go up because they’re risky, which means sometimes they go down a lot and stay there for long periods of time. 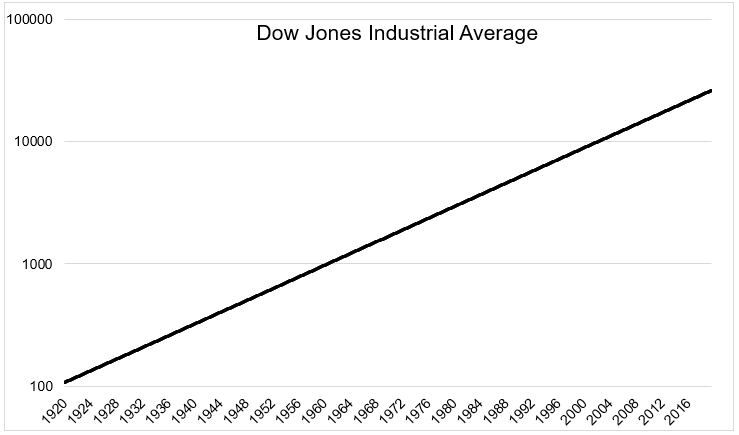 And sometimes they go down a lot in a day, which we experienced today. The Dow fell 3% for the 307th time since 1920. In other words, this happens often. The thing that’s really nasty about big down days is that they hit us harder than the textbooks say they should. A 3% down day feels about ten times worse than a 1% down day. 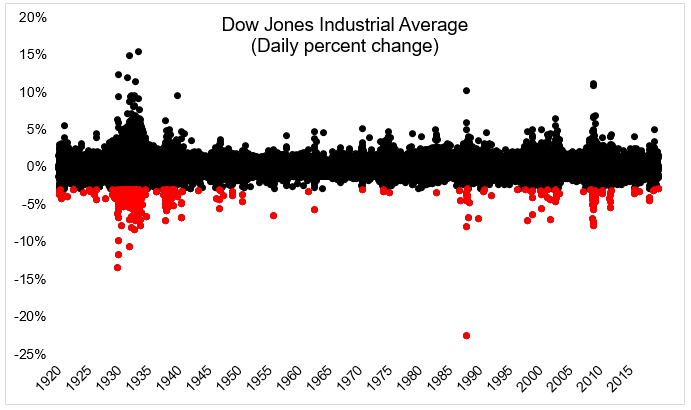 People always talk about long-term investing without defining what it means. To me, long-term investing does not mean buy and hold forever, til death do you part. Thinking long-term means you don’t act out of emotion. It means that your goals don’t fluctuate with the market. It means having a plan and sticking to it. And just so we’re clear, again, a plan does not mean buy something and never sell it. All plans evolve.

So, finally, here are the three things you can do to think and act for the long-term:

If these seem obvious to you, good, that’s the idea. This isn’t rocket science.

Thinking long-term is hard, which is why it can be so rewarding. Acting on short-term impulses on the other hand are a short cut, which rarely work out well.

The most successful investors are able to ignore the things today that they know won’t matter tomorrow.