“The losses were a lot bigger than expected.”

Mary meeker said this on a podcast called Land of the Giants, an excellent six-part series on the rise of Amazon.

What she was referring to were the losses Amazon experienced in its first *21 quarters as a public company*. Over that time, cumulative net income was -$2.86 billion. 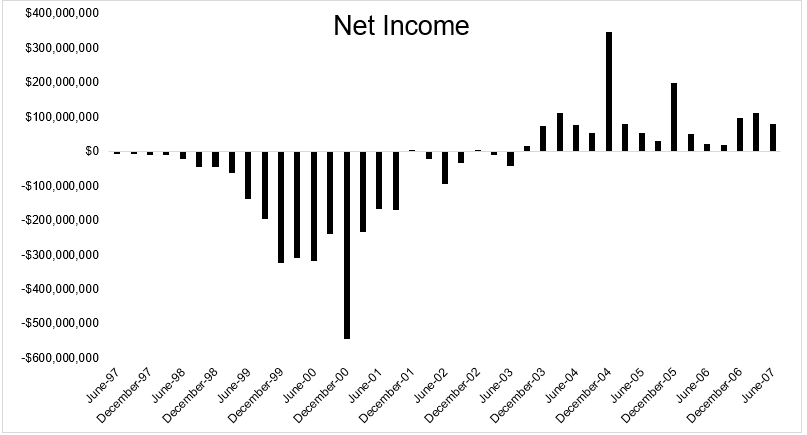 As bottom line losses piled up, top line growth averaged a blistering 229%. Amazon went from trading over 40 times sales at its peak to 3.5 today. 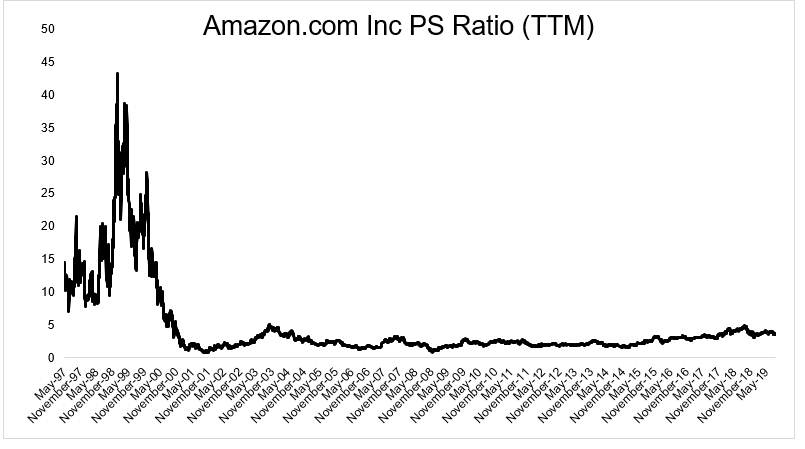 I can’t prove this, but I’d guess that most companies who see a collapse in their multiples don’t do it because they grow into them. They happen because they fail to deliver on investor’s high expectations. Amazon is one of those companies that continued to exceed expectations, which is why, according to Mary Meeker, its stock price was able to increase 1400 times since its IPO.

It was hardly a foregone conclusion that Amazon would go on to become one of the first trillion dollar companies on the planet. The business was hemorrhaging money and doubt was evident every day from 9:30 to 4. The price was waaaay more volatile than the broader market. 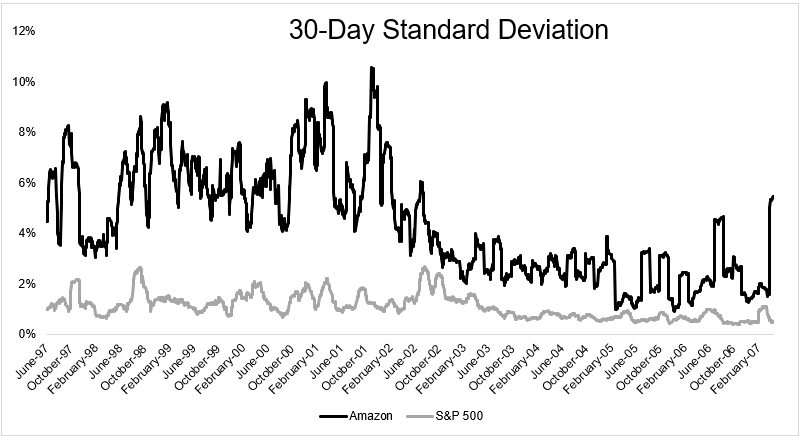 Of all the “if you invested $10,000 in,” Amazon is by far the most ridiculous because from December 1999 through October 2001, it fell more than 95%. Even Bezos’s parents sold their stock as it broke the 200-day moving average. Okay, I made that part up.

You hear a lot of companies say we’re “Uber, but for,” or we’re “the Netflix of.” You rarely hear from a CEO bold enough to say we’re “the Amazon of.” There are no comps. Amazon truly is a once in a lifetime company. It disrupted book stores, brick and mortar retail, and fundamental analysis. To learn more about its history, I highly recommend checking out the podcast.

Land of the Giants