The 20 largest ETFs have $1.556 trillion in assets. While the indexes they track are passive, their users are anything but. Over the previous twelve months, the total trading volume in these products was a whopping $11.529 trillion.

A recent paper from S&P Dow Jones Indices takes a deeper dive into trades linked to some of the most widely followed indexes. For example, there was $127.56 trillion worth of trades either directly in or linked to the S&P 500 in 2018, as you can see in the chart below. 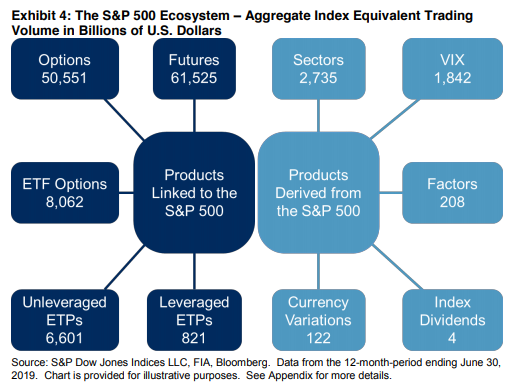 Also in the paper was the average holding period in products linked to S&P DJI indices. They found that the median holding period was 174 calendar days, or around six months. However, using an asset-weighted average, the holding period drops to just 11 days. 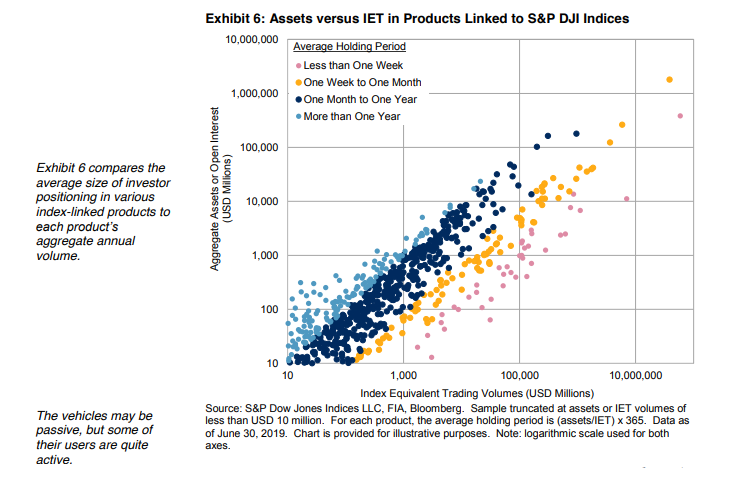