Vanguard recently conducted a study where they examined the trading behavior of 8.4 million households from their U.S. retail business as well as their defined contribution business. Collectively, they represent $1.5 trillion in financial assets as of December 2018.

Here are some of the key findings:

The breakdown of how households trade is shown in the table below. Again, only 6% of households with defined contribution accounts made changes to their portfolio in 2018.

The chart below shows account trading by type over time and how their activity rose during times of market turbulence. Even in the worst environments over the past few years, which were mild by historical standards, DC only accounts kept their eye on the ball and were relatively inactive. The only time that over 2% of DC assets were traded was back in 2011 when the U.S. debt was downgraded. 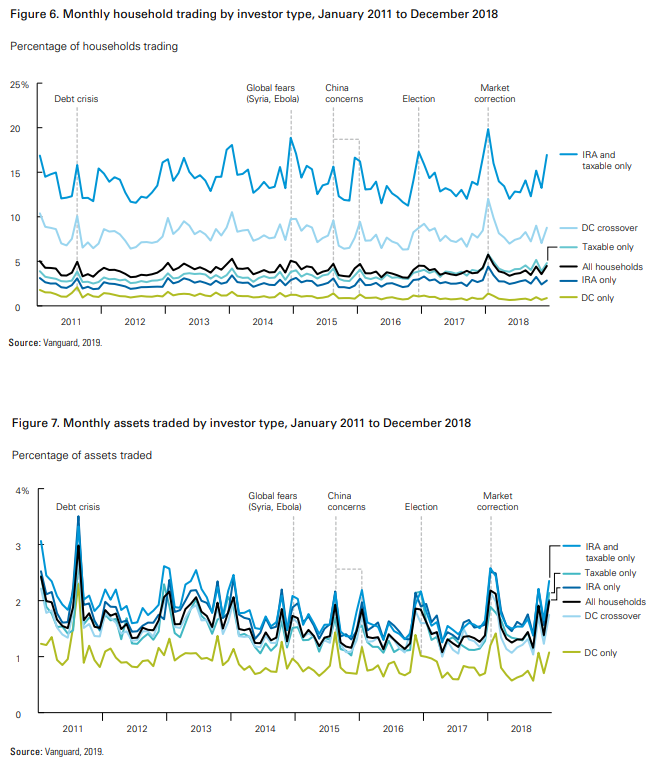 All in all it looks like Vanguard customers are very well behaved. Hit the piece below for the whole story.