It’s October 2009. You’ve been putting money into your 401(k) for almost ten years. 118 months to be exact. The amount of money in your account is less than the contributions you’ve made. All the risk, none of the returns. Thanks for playing, if you’re not into the whole brevity thing.

And then the decade turned over and people that were steadfast in the face of incredible pain were rewarded and then some. Every dollar invested (assuming equal contributions every month) turned into two dollars.

This has been an excellent decade to dollar-cost average into the market, as has been the case for much of American history (No, you show Japan, Weimar, etc). 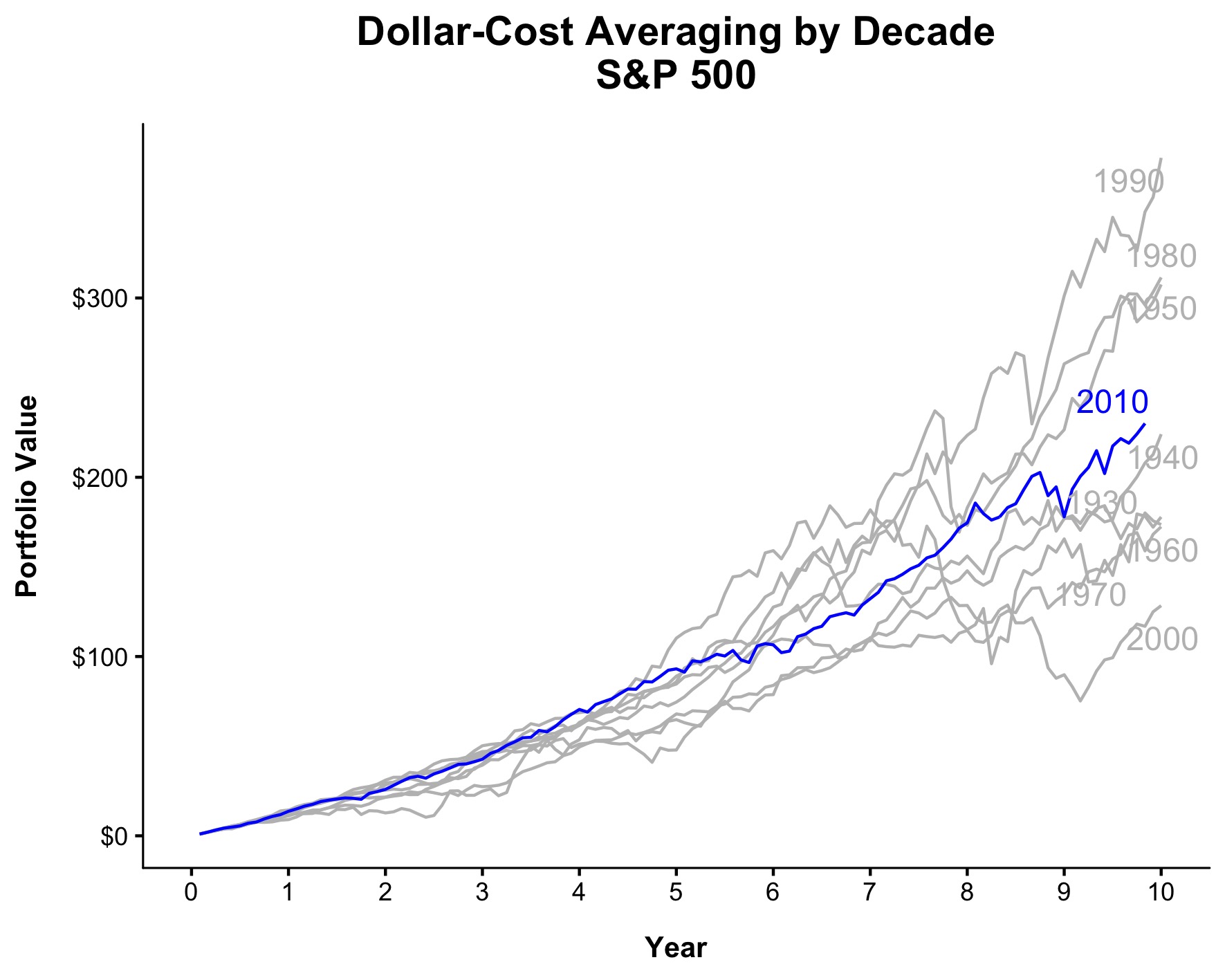 The source of stock returns can be broken down simply into three main buckets: Dividends, earnings growth, and the change in valuations. As Ben Carlson showed, the returns over the last ten years were driven largely by an improvement in fundamentals. 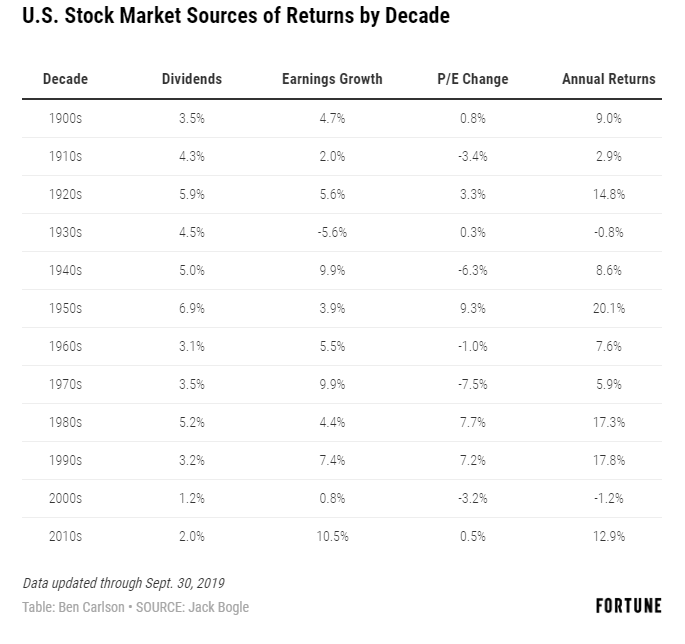 One of the most consensus views today, one that I agree with, is that the returns over the next decade are unlikely to match the returns of the last one. Nick Maggiulli and I were talking about this yesterday and he said, what if this is more like 1989 instead of 1999? These comparisons are silly, but the point Nick was getting at is, what if we’re earlier in the cycle than almost everybody believes? What if earnings continue to grow and people are willing to pay more for them?

This is not something we’d bet on (well, what are the odds) but it’s an interesting thought experiment all the same. The point Nick was making is that we can never be sure of anything, and therefore it’s important to build a portfolio that you can live with in a wide range of outcomes.

It’s probable that returns will be lower over the next decade but that doesn’t mean you should stop investing if you can afford to. You may not receive the same level of compensation for each unit of risk, but you spend 100% of the money you don’t save.