When I sat down this morning* to create a “Wall of Worry” chart, the hard part wasn’t coming up with the list, but rather choosing what to leave off. 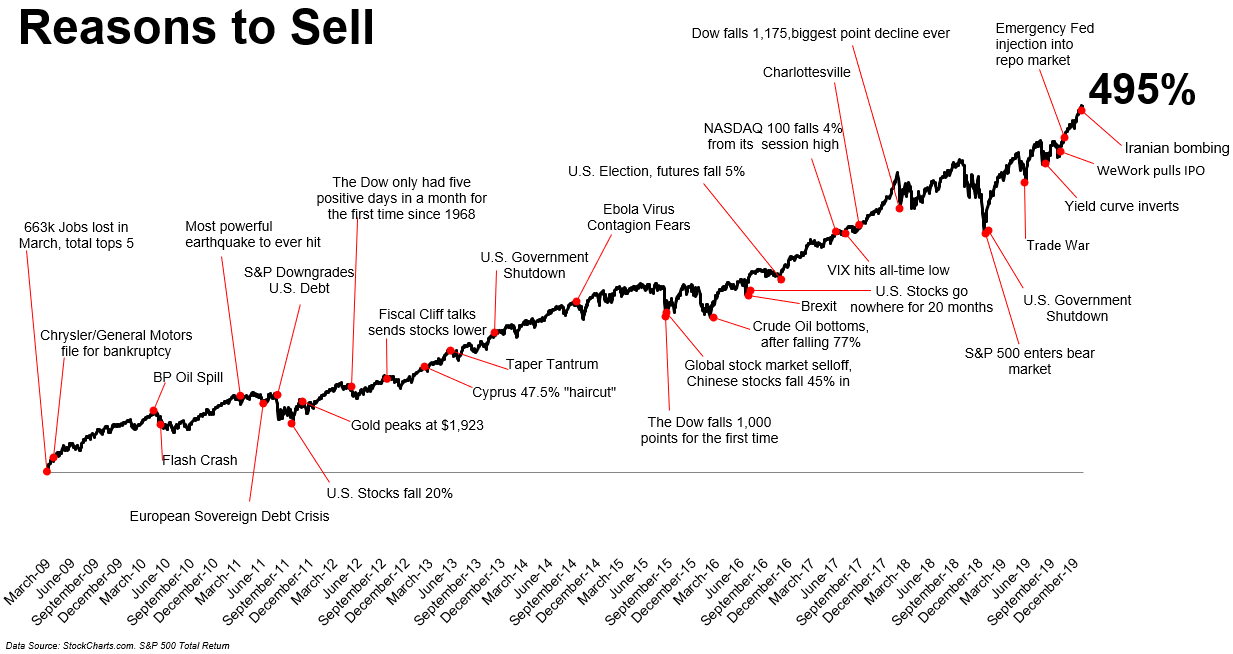 Since the stock market bottomed in 2009, there have been so many potential reasons to sell that it wasn’t possible to fit them all on the chart. Below are a few that didn’t make the cut:

We’ve seen a thousand versions of this chart, but we haven’t seen the opposite, one that plots all of the positive developments over the years. I took a stab at this, and as I stared blankly at the screen, I quickly realized why this doesn’t exist. Despite all the improvements, coming up with a list of them was much harder than I thought it would be. This reminded me of something Bill Gates said: “Headlines, in a way, are what mislead you, because bad news is a headline, and gradual improvement is not.”

All of the items below were headlines, but none of them were necessarily reasons to buy.

It’s impossible to deny that things have dramatically improved since the end of the recession, but the reason why I struggled to fill up the chart above is because gradual improvements go unnoticed.

Here are some of the great things that didn’t necessarily make headlines, but are reflected in the 495% rise in the stock market (when I originally published this in 2017 it was 260%).

The fact that bad news travels ten times faster than good news is what separates investors from market returns. You would think that keeping up with the market is as simple as buying an index fund and leaving it alone. And it is that simple, but it isn’t that easy, because bad news smashes your face against an amplifier, while good news just plays quietly in the background.

Doing nothing should be the default setting for most investors, but as the charts above show, that’s easier said than done.

*A version of this post originally appeared in March 2017