“What the five films have in common, besides their worldwide appeal, is that they are all comic-book movies.”

This sentiment is commonplace today, but what makes these words truly extraordinary is that they were said almost 40 years ago!

We look back on our younger years with rose-colored glasses. This is a natural evolution that occurs within all of our lifetimes.

This type of feeling doesn’t always appear as “things were better when I was younger,” but more often it’s associated with something specific, like movies or music or investing.

Investor’s today favor index funds over stock pickers. They view the former as a way to get cheap, transparent, and tax efficient access the stock market. But a certain cohort of the finance world holds the opposite view. They think index funds are distorting markets, killing price discovery, and are waiting for it to all come crashing down, so that things can go back to normal. Back to the way things were when they were younger.

When people complain that things aren’t the way they used to be, they’re not being objective. They’re talking with their heart, not with their brain.

William Goldman got into the movie business when he was thirty-two years old. By the time he was 50, he didn’t like the direction of where things were headed.

When Goldman referred to comic-book movies, he wasn’t referring to Iron Man or Batman, but of a certain style of story-telling that was predictably manufactured. Here is how he described them: 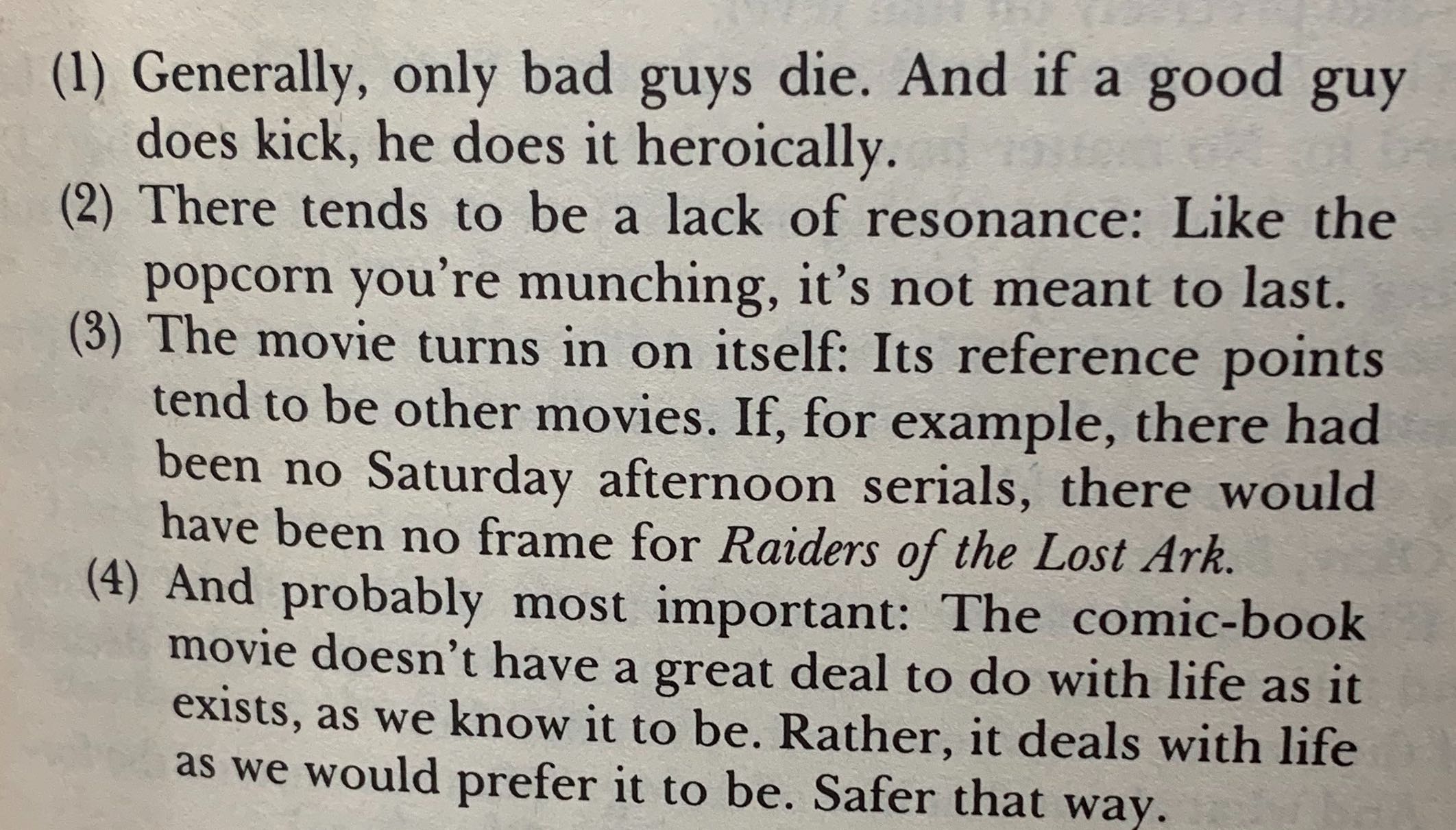 So what movies was he actually talking about? Amazingly, he happened to be talking about The Deer Hunter, Conan the Barbarian, Rocky III, E.T., Blade Runner, and especially Star Wars.

Jaws began the present cycle: It did business far beyond what anyone dreamed possible. Then Star Wars shattered all the records set by Jaws. And now every executive in Hollywood is trying to figure out how the hell to topple Star Wars…Right now–today– comic-book pictures are only breeding more comic-book pictures, something that has never happened to this extent before…So, for the present, I think we may as well prepare ourselves for seven more Star Wars sequels and half a dozen quests involving Indiana Jones. By the end of the decade, we may well be seeing E.T. Meets Luke Skywalker.

Of course this never happened. The 80s delivered movies like Back to the Future, Aliens, The Shining, The Princess Bride, Field of Dreams, Raging Bull, and When Harry Met Sally, just to name a few. As far as E.T. meeting Luke Skywalker, well, E.T. never phoned home again, there was no sequel.

Goldman was talking about the way things used to be because that’s the natural progression of life. It’s easy to think that things were better when we were younger because in many ways they were. In many ways it’s more fun being young than old. When you’re a child you have no job, no responsibility, and no ideology. So it makes sense that we look back fondly to the days when our whole life was ahead of us.

But the good old days are often an illusion. We look back on our younger years and tell ourselves a story to make us feel something that we didn’t necessarily feel at the time.

Maybe music was better in the 60s, and maybe picking stocks wasn’t always a loser’s game, but maybe things aren’t always as good we remember.