A listener asked abut replicating some sort of risk parity strategy using levered ETFs. Back in the day, you had to use futures or options in order to magnify your returns, but today there are ETFs that allow you to implement this idea very easily.

I had Nick Maggiulli run some numbers for me on what a 60/40 levered portfolio would have done compared to the unlevered version. We used two funds for this analysis, both from Direxion. SPXL (Daily S&P 500 3X Bull) and TYD (Daily 7-10 Year US Treasury 3x Bull). Prior to 2009, we used SPY and IEF and multiplied each daily return by three times, like the levered ETFs do.

One of the first things to consider before even thinking about this type of strategy is that it requires frequent rebalancing. This is not a set it and forget it type of model. The chart below shows that the composition of the original 60/40 portfolio varies wildly. Near the stock market bottom in 2009, bonds were almost 90% of the portfolio! 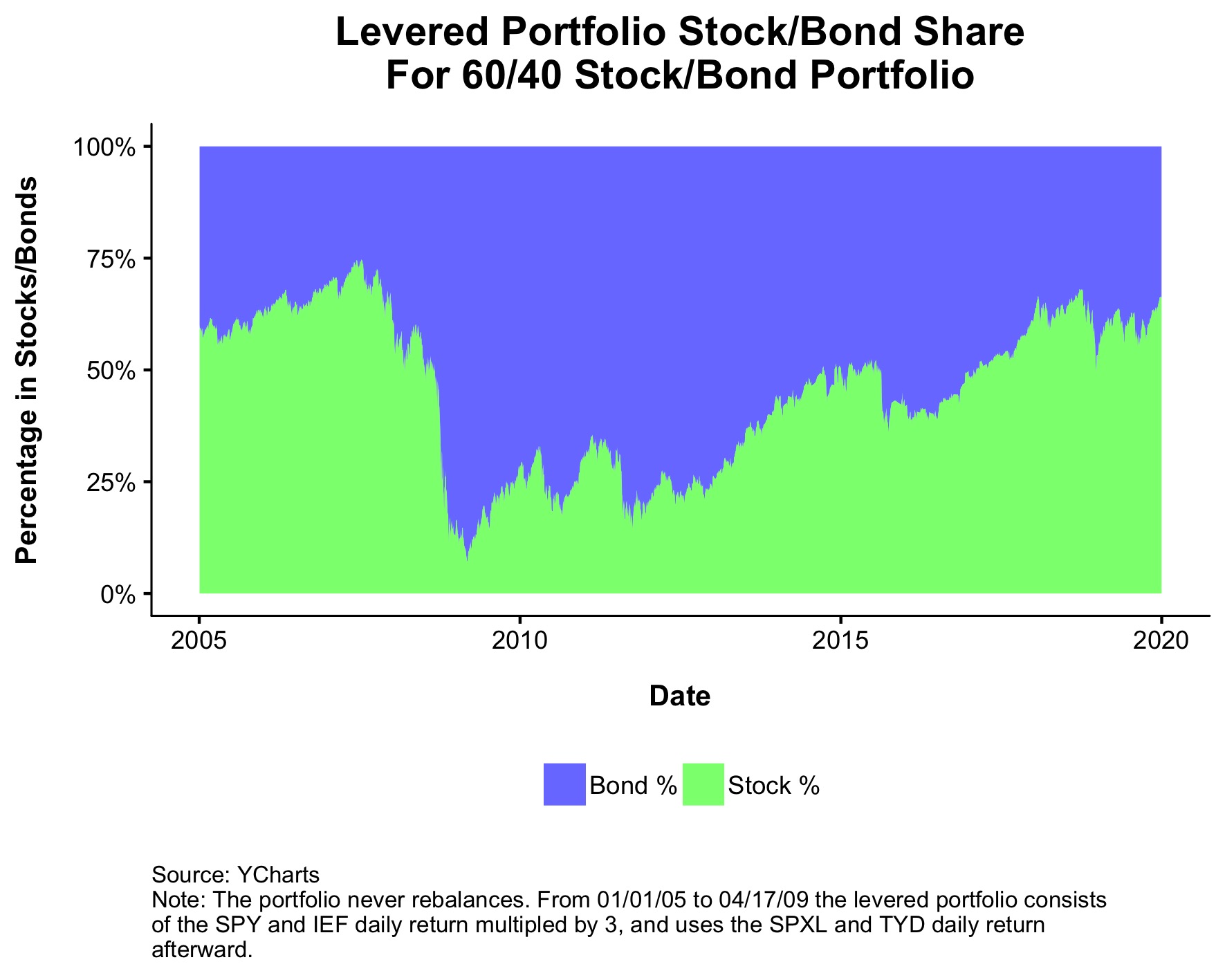 In order to prevent this from happening, I had Nick run a rebalance every time stocks or bonds got more than 5% away from their original allocation, on either side. In other words, any time stocks or bonds were +/- 5% from 60 or 40, a rebalance would occur. The median rebalancing time is just 18 days, and there were almost 100 rebalances over the last 15 years. Like I said, this thing requires your full attention.

But at least your efforts would have been rewarded. From 2005 to today, it compounded at 14% annually, compared to 8% for the unlevered version. 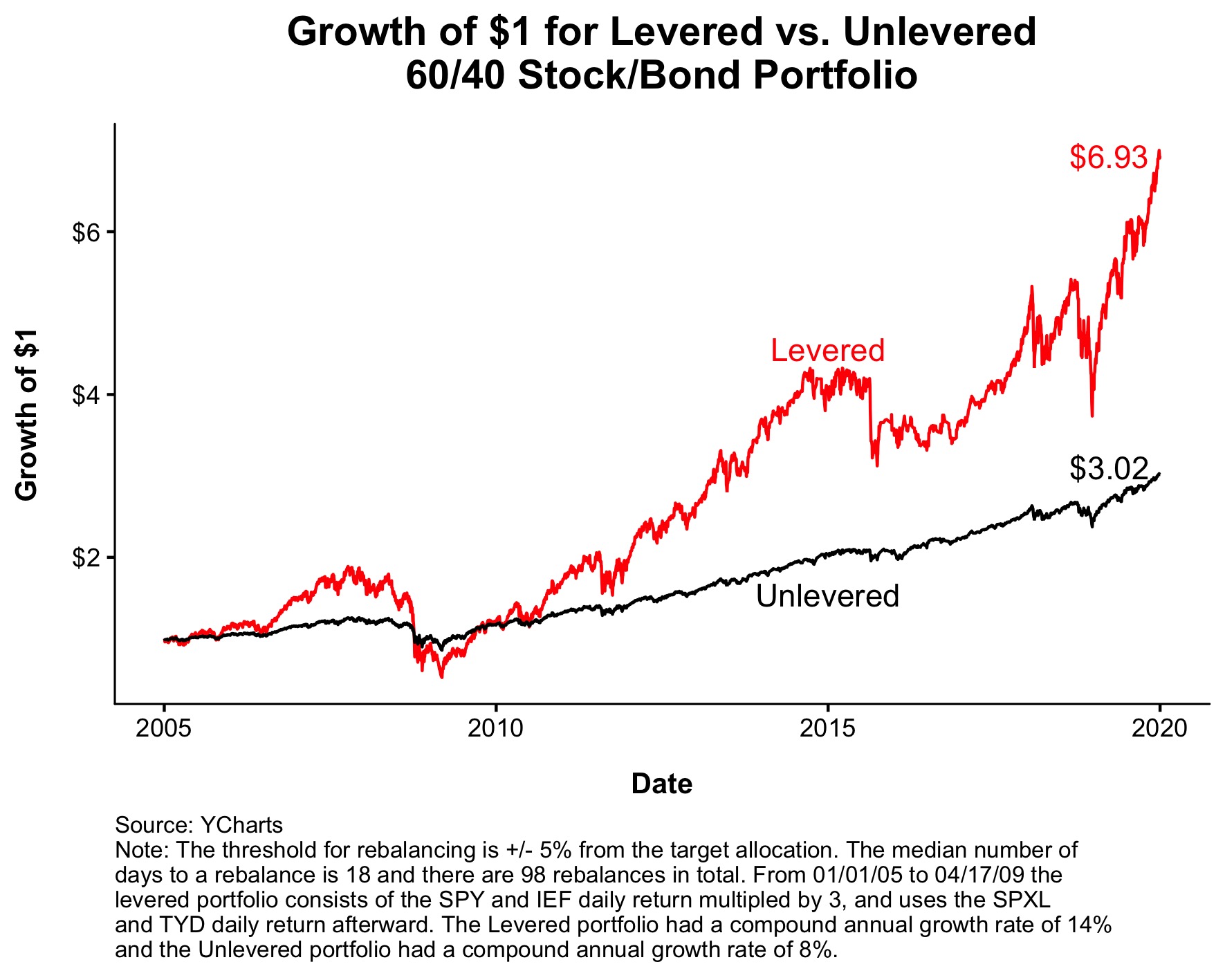 The key to capitalizing on these outsized returns was the rebalancing. Without it, you barely beat the unlevered version.

But there is a catch. Without rebalancing, the levered portfolio had a drawdown that was twice as deep as the unlevered version. So similar returns with a way less attractive risk profile. Hard pass. 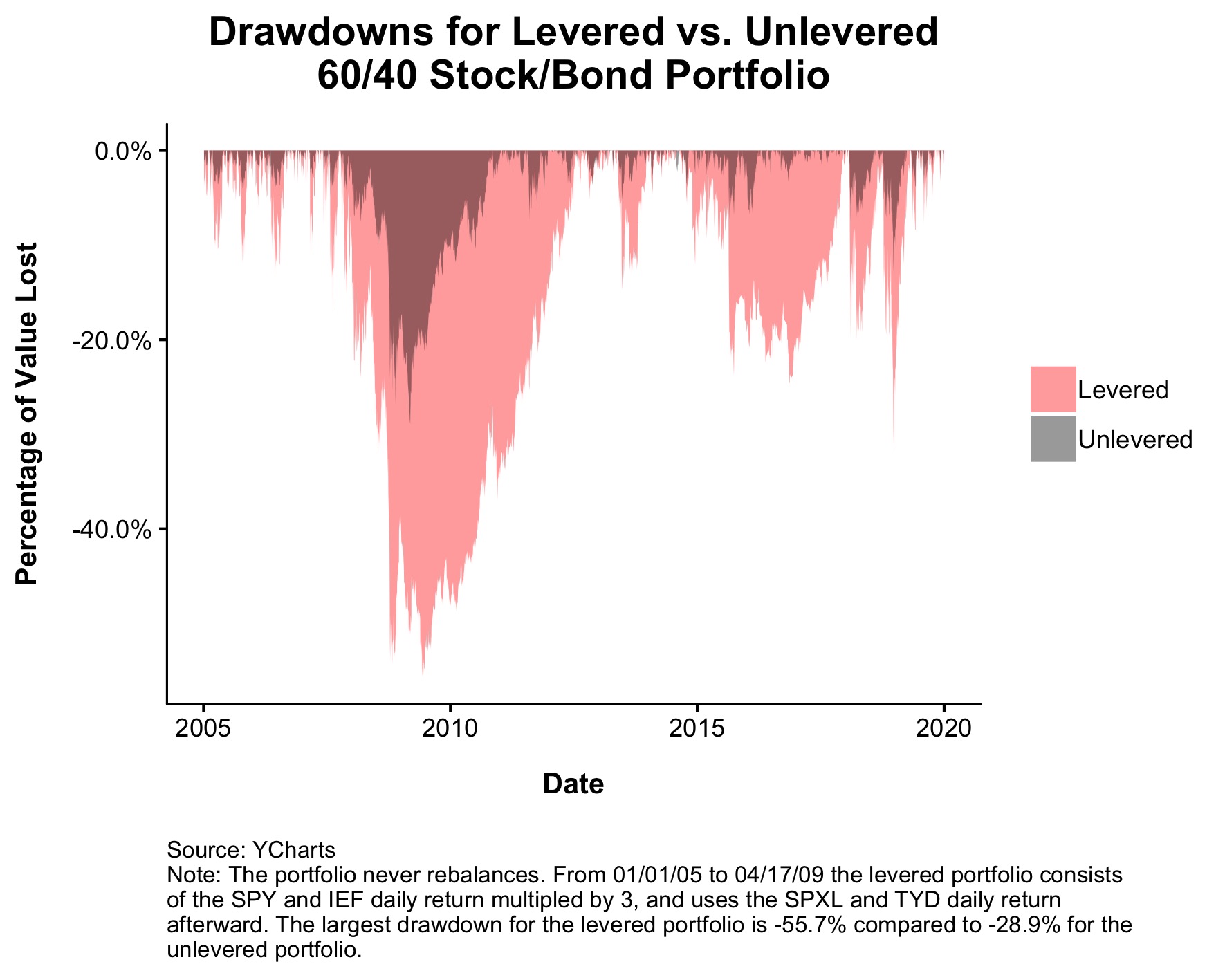 Back to the strategy that kicked butt. The key to outsized returns was the rebalancing, which was a constant occurrence as stocks were crashing in 2008 and 2009 (If you’d like you can scroll up a few charts to see what I’m talking about). This drove returns later, but it would have been basically impossible for a human to implement in real time. It lost 16.5% on a single day, and fell 10% in a day on 7 other occasions. Peak-to-trough, it experienced a 70+% decline. Be real, you probably would have bailed or at least given up on rebalancing. 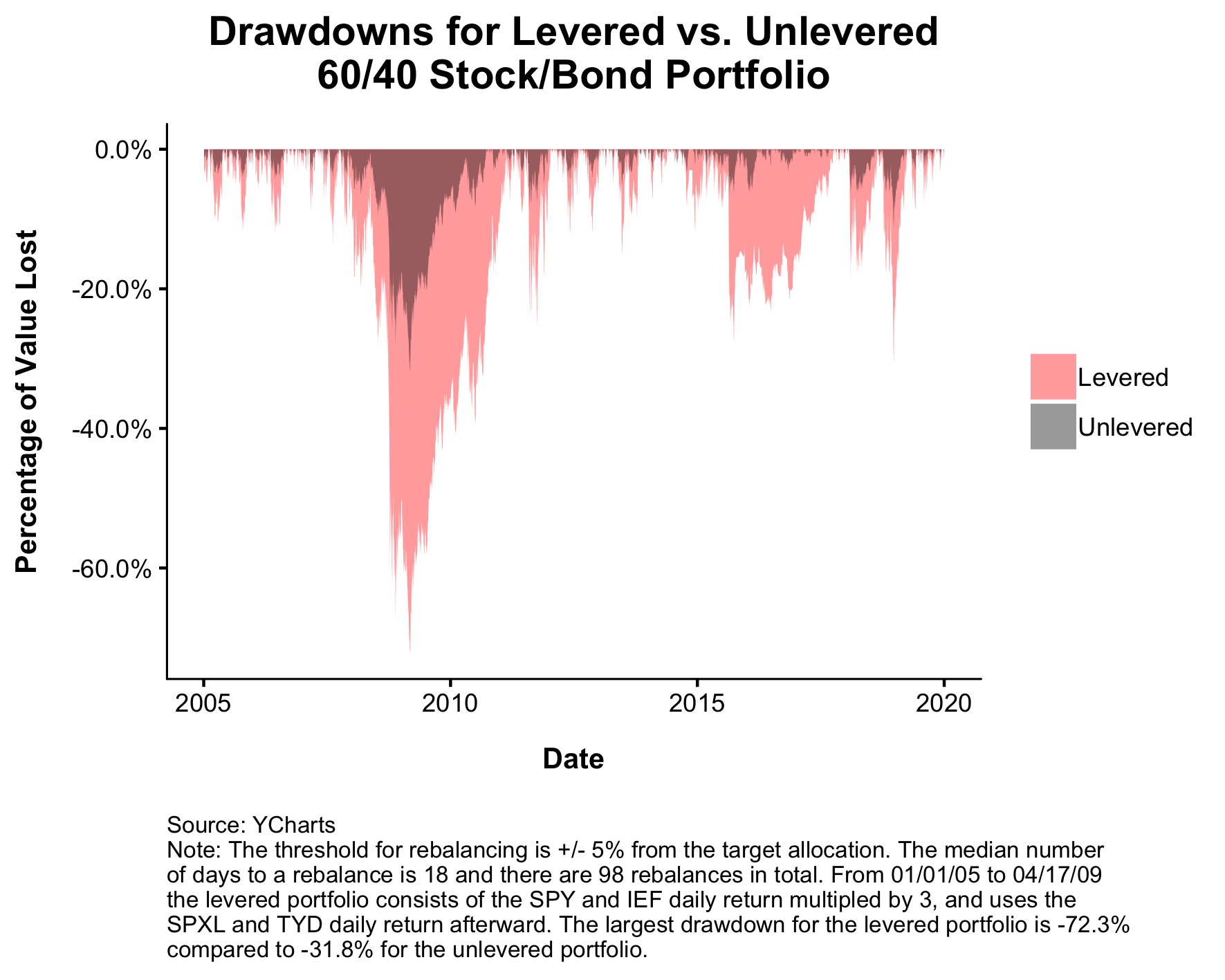 Stocks and bonds both have positive expected returns, so I understand why a young person with a high risk tolerance would find this appealing. But after looking at the numbers, it probably doesn’t make sense to do it with your entire portfolio, if at all. It requires constant monitoring, and an iron stomach. Leverage can turbo charge your returns, but it can also wipe them out if you’re not careful.