Despite the recent selloff, things are still relatively fine. I know nobody wants to hear this right now, but the S&P 500 is still up double digits over the last year and 36% over the last three years. What has people shook, understandably, is the speed of this decline. 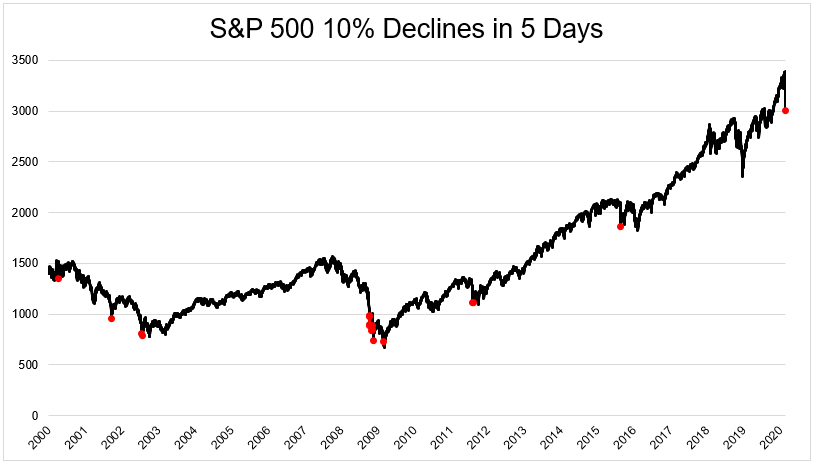 Over the next few days, or maybe even weeks and months, people are going to be looking for signs of a stock market bottom.

On December 27th 2018 I wrote, “The Dow just had its best day since March 2009, having many of us wondering, was this the bottom? Is the bear market over?”

On that day there were a lot of people saying “this is not how the stock market bottoms.” For the record, in no way am I saying I called the bottom, I didn’t, and was probably one of the people thinking that, even if I didn’t say it publicly.

At the time I remember being worried because stocks just could not catch a bid. For five straight days, the market tried to rally off their lows and failed. On the sixth straight day of selling, there was no attempt at a recovery. The wheels completely fell off. 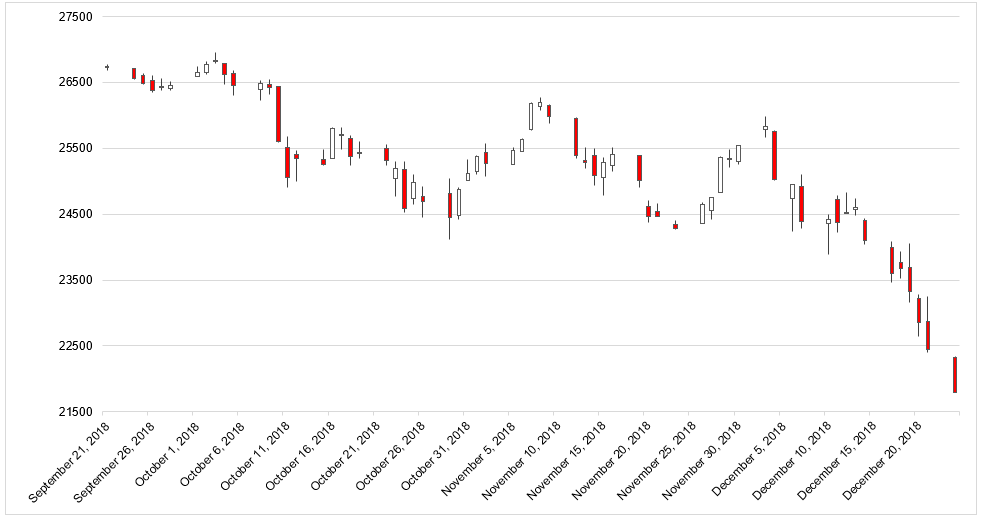 The reason I was so concerned is because market crashes typically happen from periods of weakness, like December 2018.

In October 2008, for example, the S&P 500 was 26% off its highs. It fell another 16.8% that month, and had another 31% to go before reaching its final nadir. In December 2018, I wasn’t remotely thinking we were about to experience another 2008, but I absolutely was worried about the potential for another whoosh lower.

And then, the next day, it stopped. Not with a whimper, but with a bang. The biggest gain in 2,458 sessions.

Stocks can bottom with a bang…

…with a rally and retest

…or with a fizzle.

There are no rules for how these things play out, if there were, we would all be following them.

The most important thing for investors that are worried, and that probably includes all of us, is to keep in mind that this too shall pass. It may be at lower prices, it may get more frightening, but this is what we signed up for.