With giant market swings every day, it’s easy to allow our emotions to get the best of us.

On the big down days it feels like stocks will keep going lower, and on big up days we pray that this is the bottom, at least temporarily. 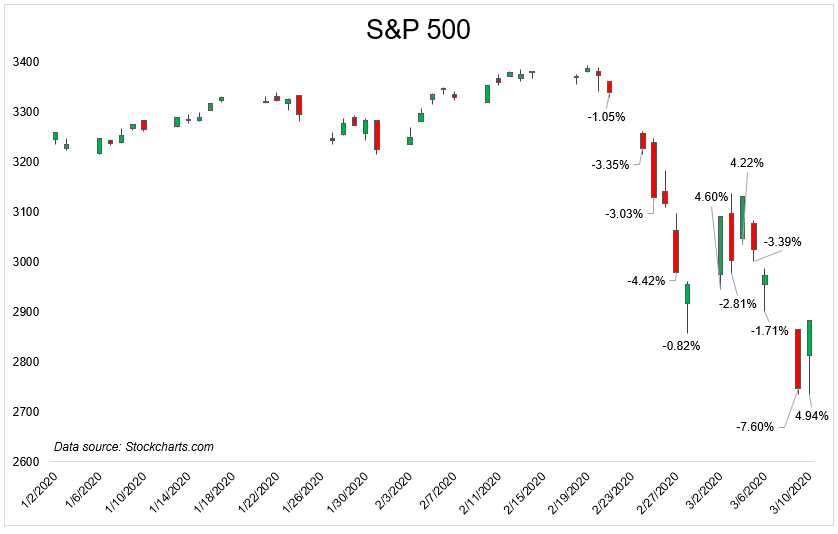 That 4.9% gain might have felt like a good first step, but as I type this, the futures are pointing at a -3% open. This is why it’s important not to get too high or too low, we could be here for a while.

If the market continues to deteriorate, it’s certain that our emotions will be tested. Even in the worst historical markets, stocks never went straight down. Often times there are several bear market rallies that give investor’s a sigh of relief, only to see the carpet of hope ripped out right from underneath them.

The chart below shows the decline, in red, from the top in March 2000 to the bottom in 2002. It also shows several bounces from the lows, in black. You can see that there were plenty of opportunities for traders and investors to say the worst was behind us. 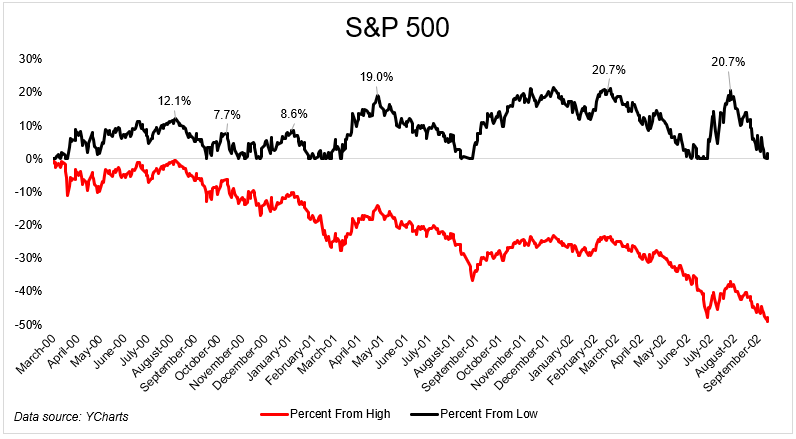 We saw something similar in 2008. What you’ll notice is that as the declines got steeper, post Lehman, so did the bear market rallies. 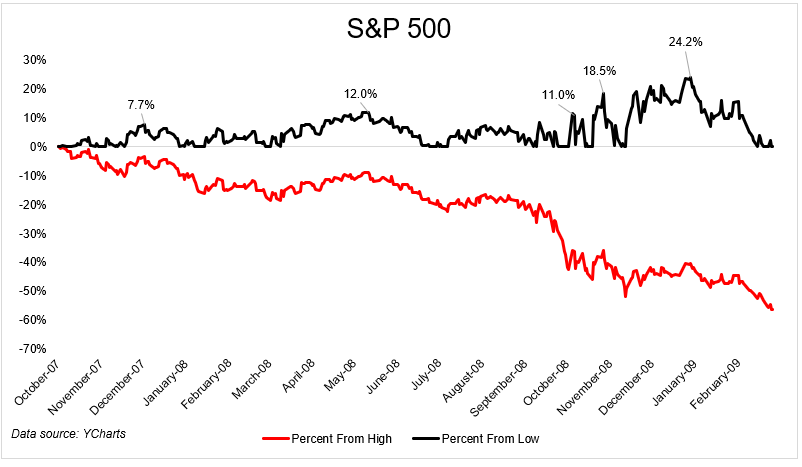 The market will continue to test us in both directions. You must not get too high or too low.