Stocks are wrapping up their worst quarter since 2008. 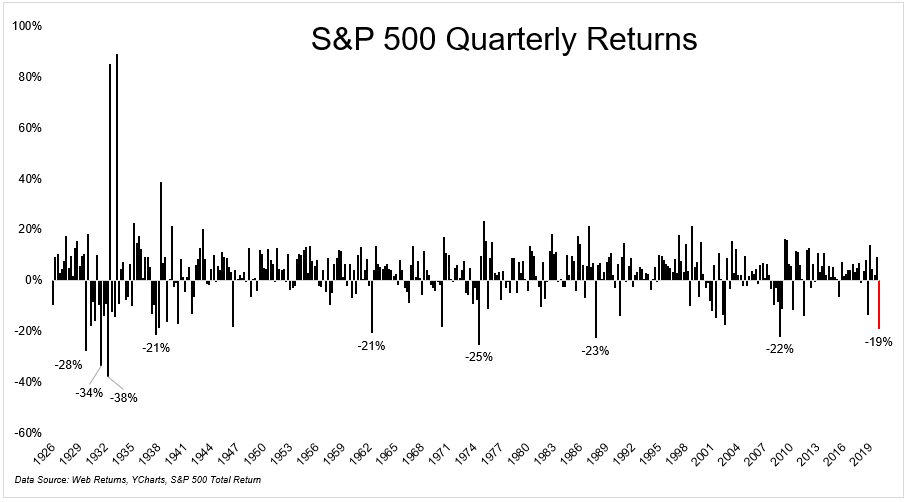 The way confirmation bias works is that we seek out information that agrees with our views of the world, or we just interpret all new information as being supportive of these views.

What’s happening today is an odd version of that, where both sides are using one another as a way to confirm their priors, but in reverse.

First of all, to state the very obvious, no, “everybody” does not think X, despite the five contras on your Twitter feed. If everybody thought the same thing, the market would freeze as there would be “nobody”, which is the opposite of everybody, willing to transact. Okay, I’m being overly literal here, but you get the point.

I’ve been guilty of this mindset, I think we all have. Relying too heavily on a few people you disagree with to make yourself feel better about your views is an unhealthy way to view the world. Something is not right or wrong because somebody you frequently disagree with agrees or disagrees with you.

The market doesn’t care about your opinion or your opinion of others. The person you’re fading might not even be making trades based on how you view their outlook. Heck, they might not be trading at all.

The only thing that determines the price we see on the screen is where buyers and sellers are willing to transact. Sometimes first level thinking is more than enough.

We’re all biased in our judgments, some more than others, but you should seek out the truth based on what you see, not what the other side does or doesn’t.