This chart from SentimenTrader clearly shows that smaller investors are aggressively buying like no other time during the 21st century. 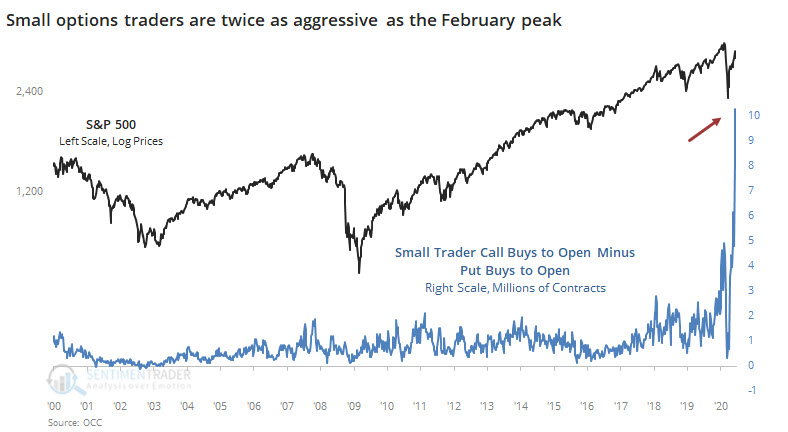 Retail might be adding fuel to the fire, but does anybody really think they’re driving the stock market? The move off the lows was due to a confluence of events: 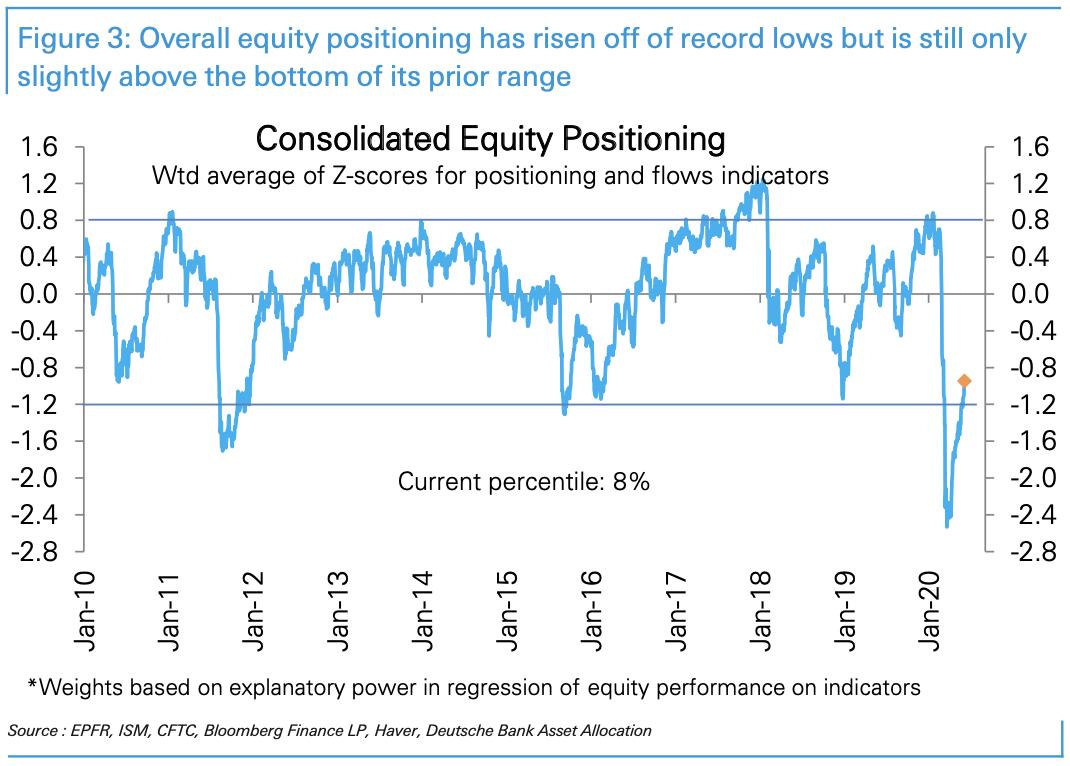 Robinhood users might not be all in on all of the best performers, but the Dave Portnoy effect is real. Just look at the volume in United. 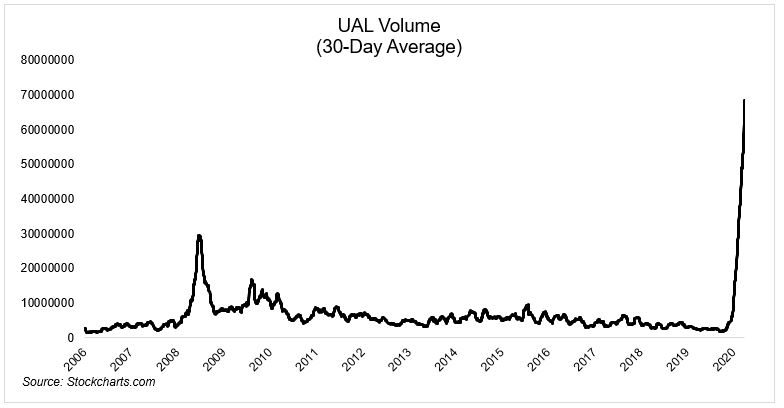 The tricky thing about untangling all of this is that it’s impossible to look at the data and conclusively determine who or what is driving prices. And because we can’t rely on the data, we turn to stories, and in terms of market stories, this is about as juicy as it gets.

The bigger issue here is not what stocks are they driving, but what does this speculation signal for the overall market? My opinion, nothing really.

I know it’s easy to say “this will end badly,” and maybe it will, but between the quarantine lock down, free commissions, and Dave Portnoy, this was the perfect time  for people to start playing around in the stock market. I think it’s as simple as that.

I’m of the opinion that small traders might be impacting certain stocks, but I have a hard time believing they’re moving the stock market.