Stocks are doing well? “I can handle volatility.”

For example, the most recent investor sentiment survey from the American Association of Individual Investors shows a persistently high level of bears, despite the rising stock market. This is understandable. The virus is spreading and the economy is in shambles. The stock market is peaceful but the world is scary as hell. 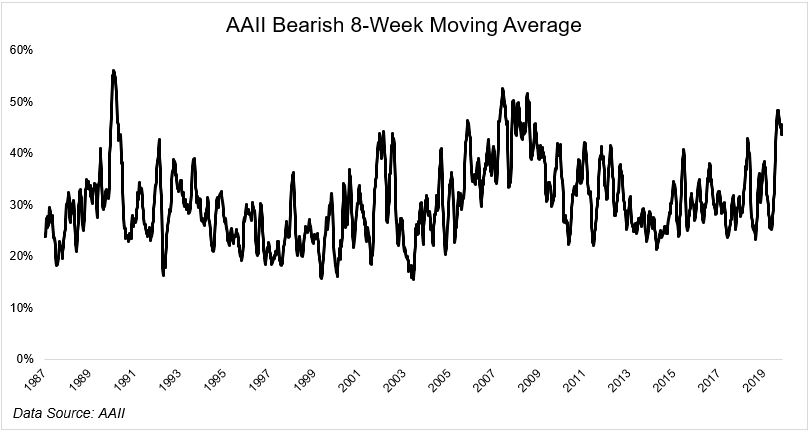 For other investors, the rising stock market is all that’s driving their sentiment. This cohort is trading like there’s no tomorrow, whether they’re on Robinhood or one of the traditional custodians. Their current state can only be defined as euphoria.

An Animal Spirits listener sent us this email yesterday:

My dad has been sucked into the market mania. Two weeks ago he put a large sum into motley fool’s yearly stock picks. 15 stocks, almost exclusively tech names. He historically a poor judge of tail risk: he gets greedy for the upside, and seems to ignore the downside.

It’s all about demographics. These are generalizations, and do not apply to everyone, obviously. The emailer mentioned his father, and my plumber is in his mid-fifties.

Alright, caveats aside, the five reasons why older investors are bearish and younger traders are bullish is because:

If it seems like I’m dunking on n00bwhales, that’s not my intention. I feel strongly that the best way to learn about the market is to get involved. Sure, some people will be irresponsible and take things too far, but I think more good than harm will come from the experiences young people get in 2020.

Sentiment is a tricky thing to glean insight from, especially when it’s in survey form. I’m much more interested in what people do versus what they say. That said, if I was looking for some market signal, and I’m not, but if I was, I’d be more curious to see what the old people are saying than the young ones.