Hendrik Bessembinder, author of the widely cited “Do Stocks Outperform Treasury Bills?”, just published new research. In this four-part series, he examines characteristics of companies that have generated excess return for shareholders.

All of them are worth reading, but what caught my attention in particular was part II, where he examines the commonly held idea that technology stocks dominate the market.

When we think about the best performing stocks of all-time, Apple and Microsoft, both technology stocks, immediately come to mind. And yes, individual tech stocks appear at the top of the list of shareholder wealth creation, but all of the tech stocks that you don’t see tell a story that’s just as important.

Bessembinder looked at the top and bottom 200 performing stocks by decade, going back to 1950. 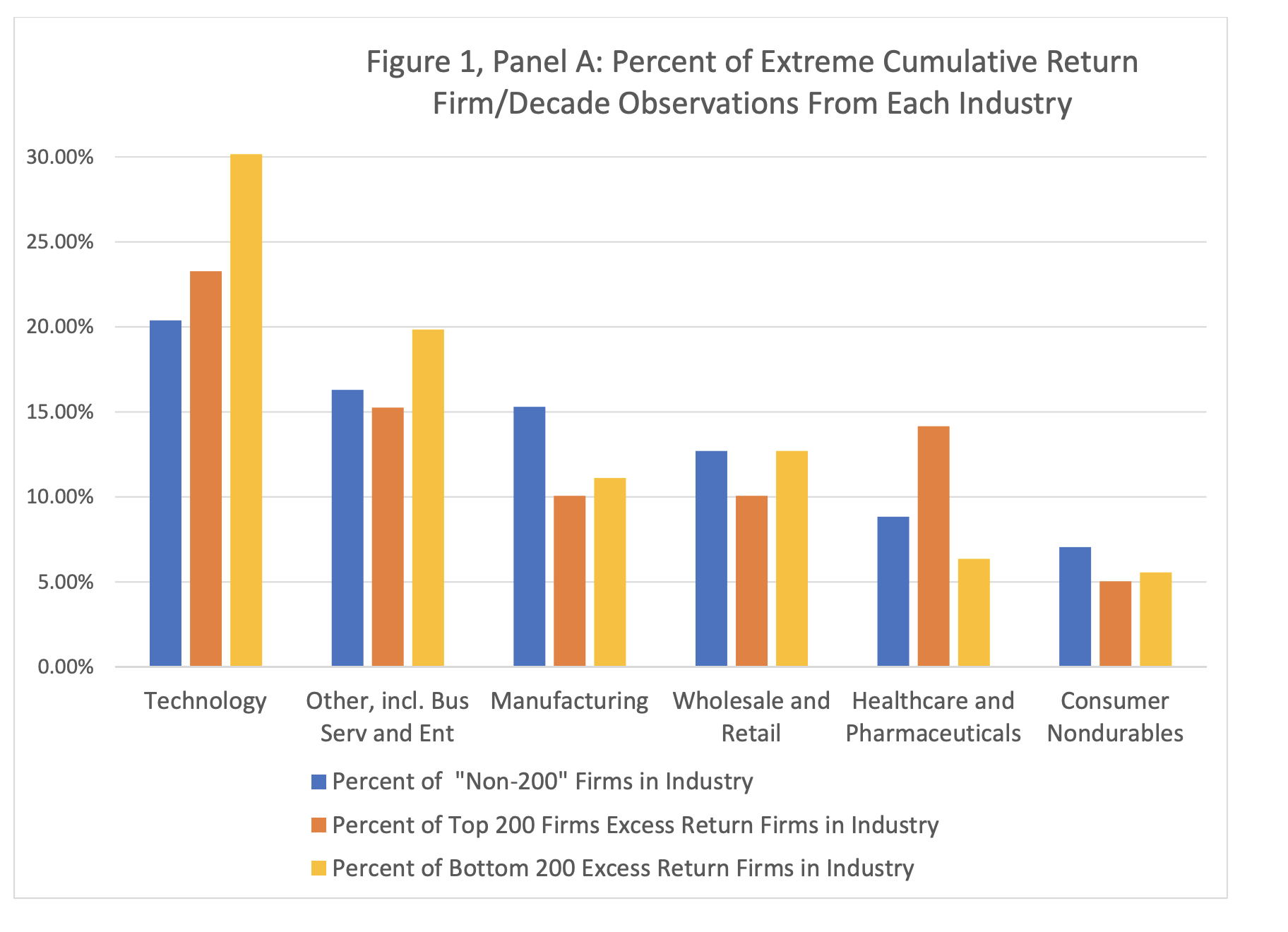 His research shows that:

The availability bias can be dangerous if it leads you to overestimate the likelihood of finding the next big winner. Nobody remembers the losers, but you should because there is more than one GoPro for every Microsoft.

Part III: What are their Observable Characteristics?