The leaders have been powering this market higher for a long time. The distance between the generals and the soldiers, once thought to portend a market top, is as wide as it has ever been.

Market participants have been having the same discussion for the last 5 years. 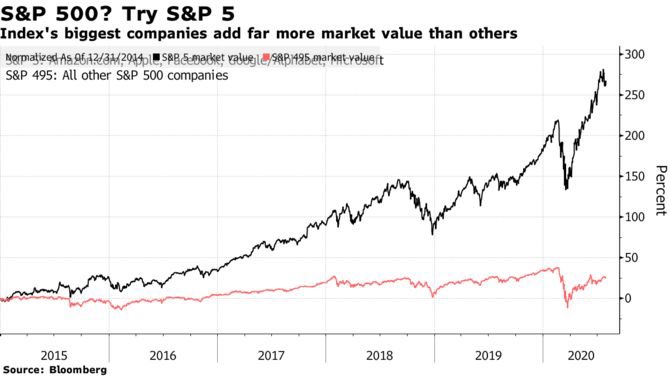 At this point any chatter about lousy breadth sounds like boy who cried wolf talk, so please forgive me for going there again, because what happened last week is truly remarkable.

So, the question you might be asking is, does any of this matter? Paradoxically, this was more concerning on the way up than it is today. What I mean is, now that the big five are such a large percentage of the market, it hardly matters what the rest of the stocks are doing. For example, Krinsky notes that the top three names in the NASDAQ-100, Apple, Amazon, and Microsoft, are equal to the bottom 87 stocks in the index.

So until and unless some of the mega-cap tech names begin to breakdown a bit, it’s difficult to call a top and breadth divergences are less and less meaningful.