This describes the transformation that the U.S. stock market has undergone over the last few decades.

The enormous increase of the average U.S. company is driven by changes at opposite ends of the spectrum; The big are getting bigger, and the tiny ones are disappearing, mostly as a result of M&A.

In a new research report by Michael Mauboussin and Dan Callahan, they note: 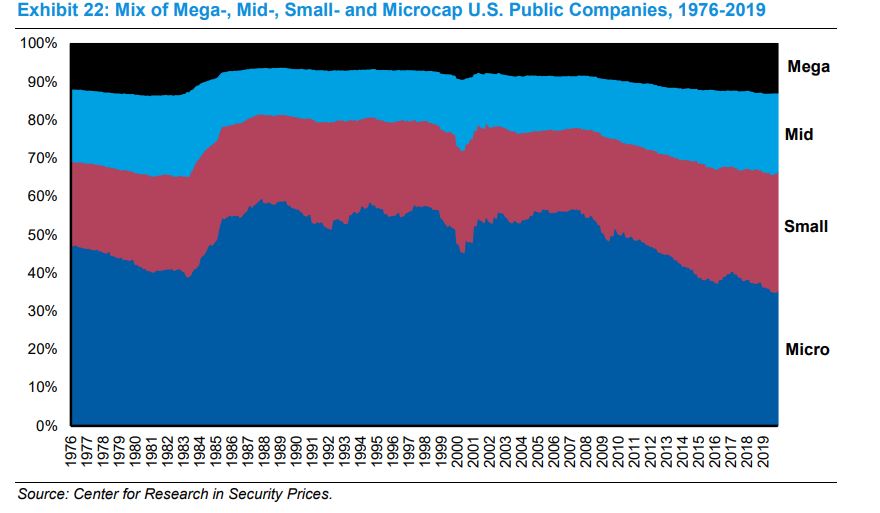 This has big implications for the investing landscape, which Mauboussin and Callahan go deep on. The whole thing is worth checking out. Hit the link below.

Public to Private Equity in the United States: A long-Term Look