“Finding Bigfoot might be easier than finding a house to purchase on Long Island this summer.”

This was the lede from an article in my town’s newspaper.

A few obvious factors are at play.

A new report from Zillow can corroborate this anecdote with some data:

But New York does not represent the entire country or even every city, to state the very obvious. For example, the exact opposite is occurring in Chicago, which experienced an acceleration in urban areas and a deceleration in the suburbs.

When thinking about real estate and consumer behavior across the country, it’s hard to make general statements. There’s a lot of people out there.

I’ve been guilty of thinking that what’s happening in New York City and the surrounding suburbs is happening everywhere. I was wrong. Yes demand in the suburbs is strong, but as Zillow economist Jeff Tucker said, that’s “because demand is strong almost everywhere.”

Zillow lays out the similarities between the cities and the burbs here:

In all but a few cases, suburban markets and urban markets have seen similar changes in activity in recent months: about the same share of homes selling above their list price, similar  changes in the typical time homes spend on the market before an offer is accepted, and recent improvements in newly pending sales have been about the same across each region type

About the same, and strongThe next few charts will bring this statement to life. 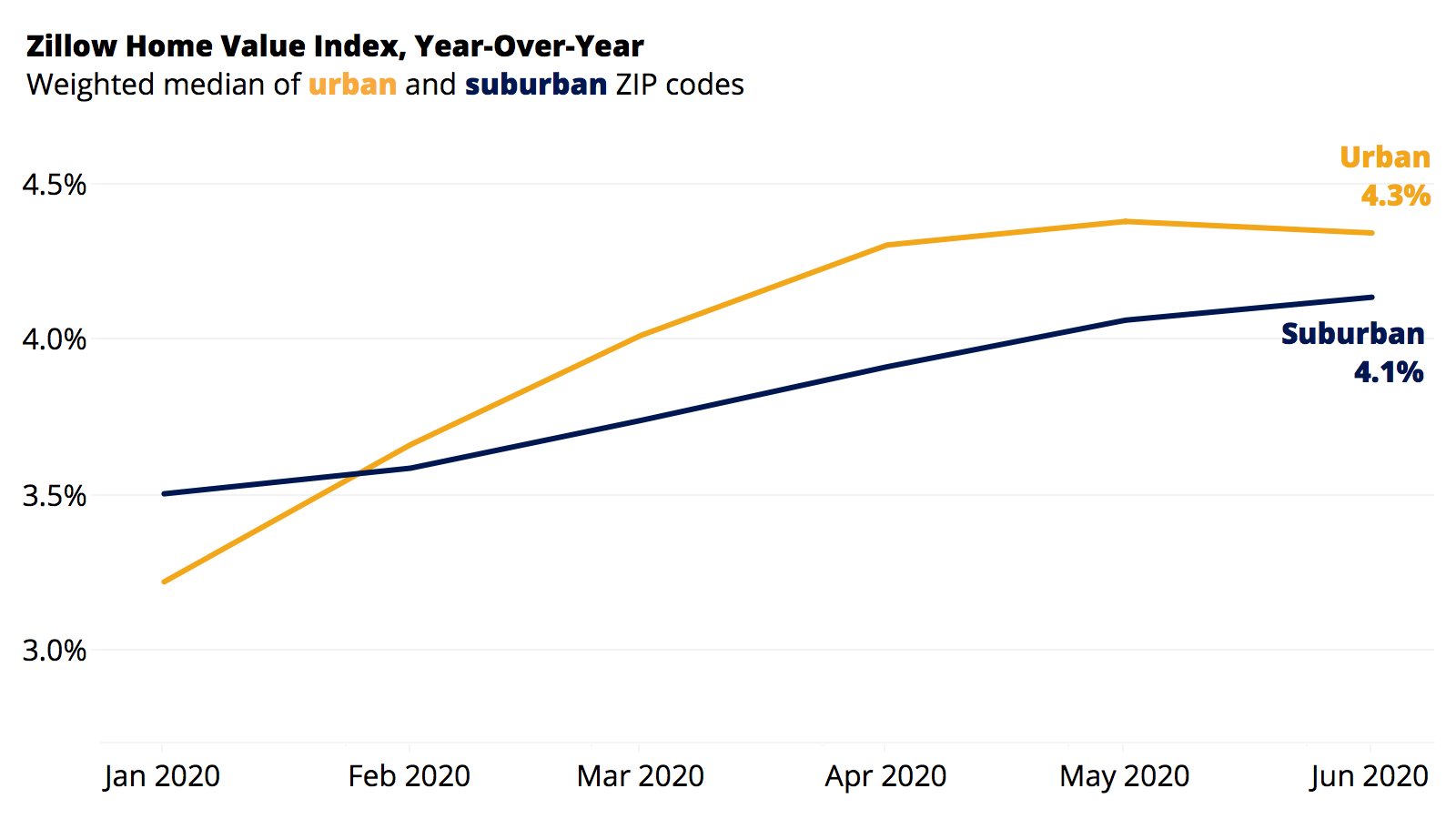 Buyers are behaving similarly whether they’re in the city or the burbs, but reality differs wildly from city to city. San Francisco, for example, is a huge outlier. According to Zillow, inventory is up 96% y/o/y, “following a flood of new listings during the pandemic.”

A quick Zillow search and you can see that there are more sellers than buyers. 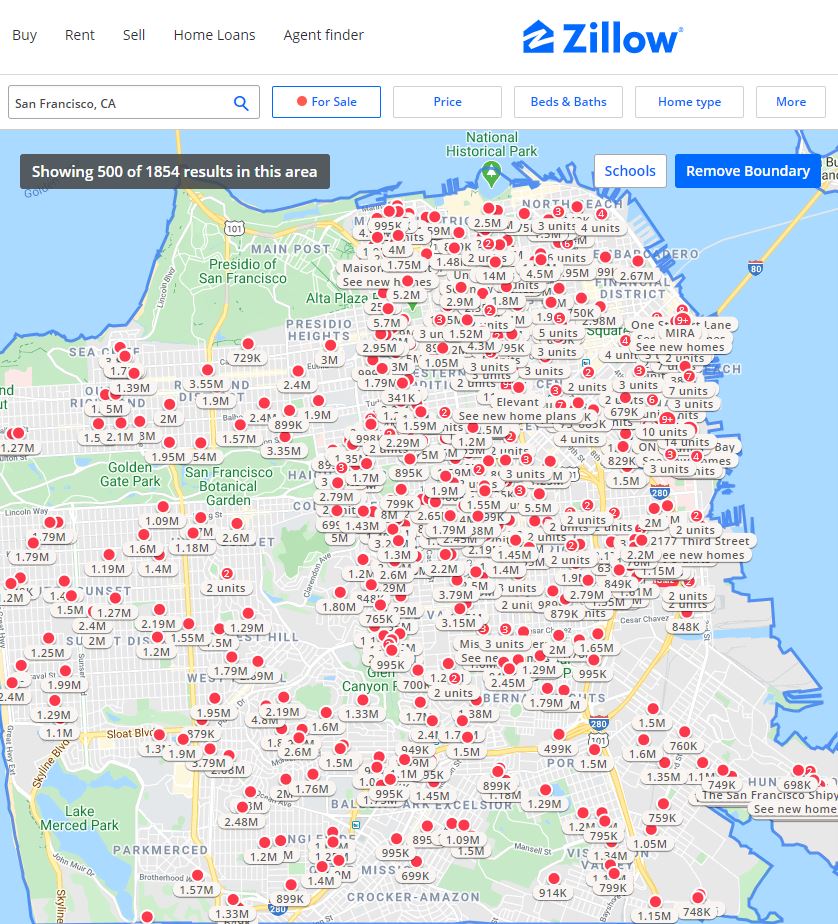 COVID-19 is absolutely influencing the real estate market, but so are interest rates, and demographics, and other trends that were in place before. If you’re interested in what’s going on, I highly recommend reading the whole thing.