Apple is pulling away from the pack. 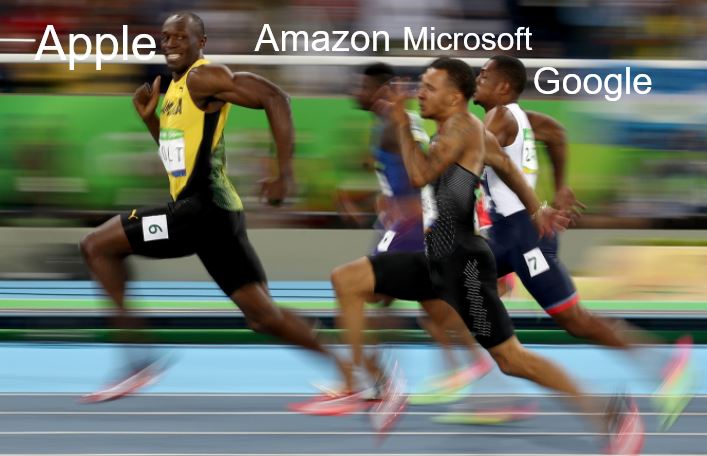 In early June, Apple and Microsoft were tied for the biggest companies in the world, both sporting a $1.4. Trillion market cap. But over the last 56 days, Apple added $760 billion, which, side note, is what the entire company was worth back in January…2019. Meanwhile, over the last 56 days Microsoft added “only” $230 billion.

Apple’s insane run means that it is now 30% bigger than the second largest stock in the S&P 500, which is as wide as the gap has gotten over the past few years. 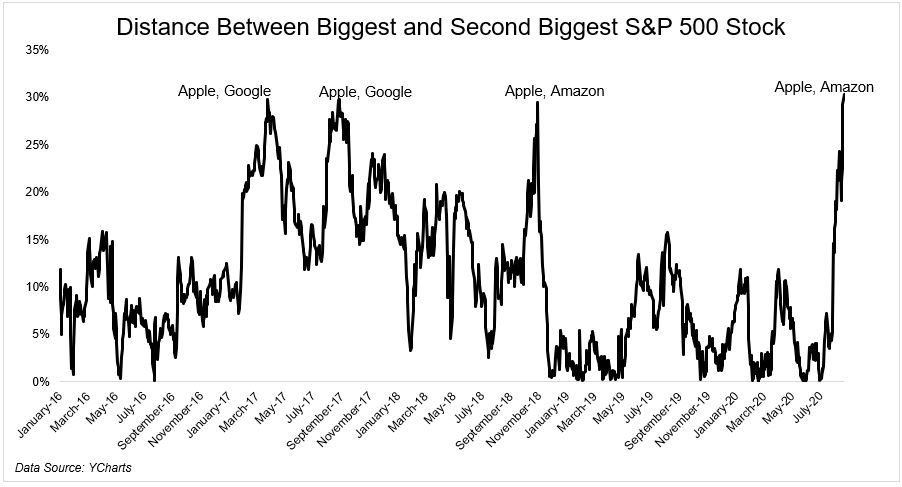 Every time the spread has gotten to these levels, it sharply corrects. I would put this in the “whoa, but so what?” category.

It’s a neat chart, but I doubt there is any signal here. If this 30% level once again coincides with some sort of top in Apple, it will be a coincidence, nothing more. As Benoit Mandelbrot once said, patterns “are the fool’s gold of financial markets.”

Yeah yeah, fool’s gold, whatever. But what does the pattern show us, you’re probably wondering?

Fine. The results are mixed, with one sizable decline of 36% in the first quarter of 2019. 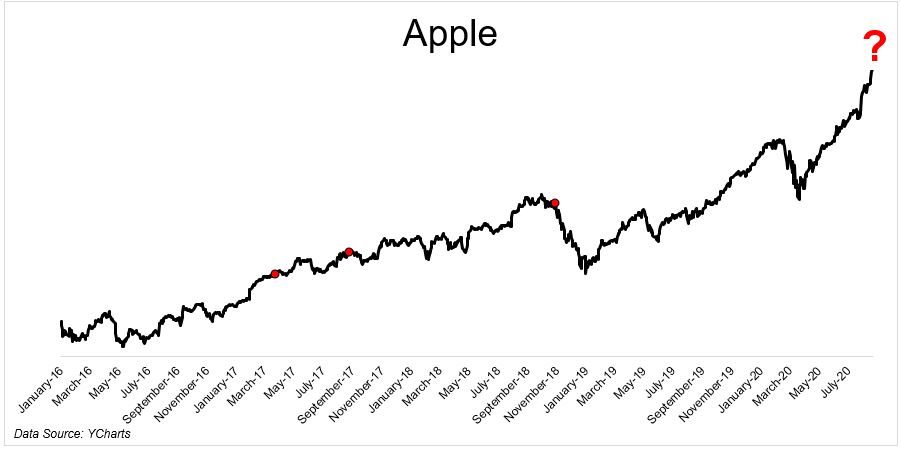 I don’t know what else to say anymore. It’s truly incredible to see how quickly the largest company in the world is pulling away from the rest of the pack.