We’re spending a lot of money trying to beat the virus. From vaccine research to economic relief, $2.7 trillion has been added to our tab.

And now for the first time since World War II, our annual spending is larger than the entire output of our economy. 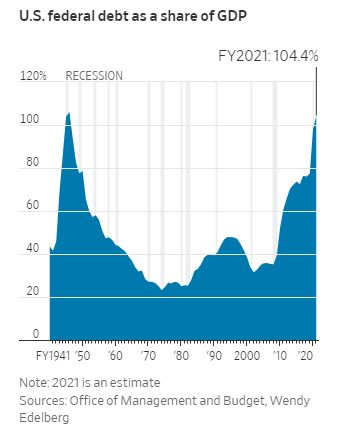 Whenever the growing deficit comes up, you can always count on the following concerns:

A few months ago, Ben Bernanke, former head of the federal reserve was asked,
“The money we’re printing now, will it cause inflation?”

It’s becoming more and more accepted that the line we used to draw between money printing and inflation might have been done so with invisible ink. In Stephanie Kelton’s The Deficit Myth, she said, “A deficit is only evidence of overspending if it sparks inflation.”

Kelton argues that not only are increasing deficits the wrong boogeyman, but it’s the opposite that should keep us up at night. The periods of history when we paid down our debt coincided with some of the worst economic regimes our country has ever experienced.

Kelton shared a table from professor Frederick Thayer who, in 1996, wrote “the US has experienced six significant economic depressions…each was preceded by a sustained period of budget balancing.” 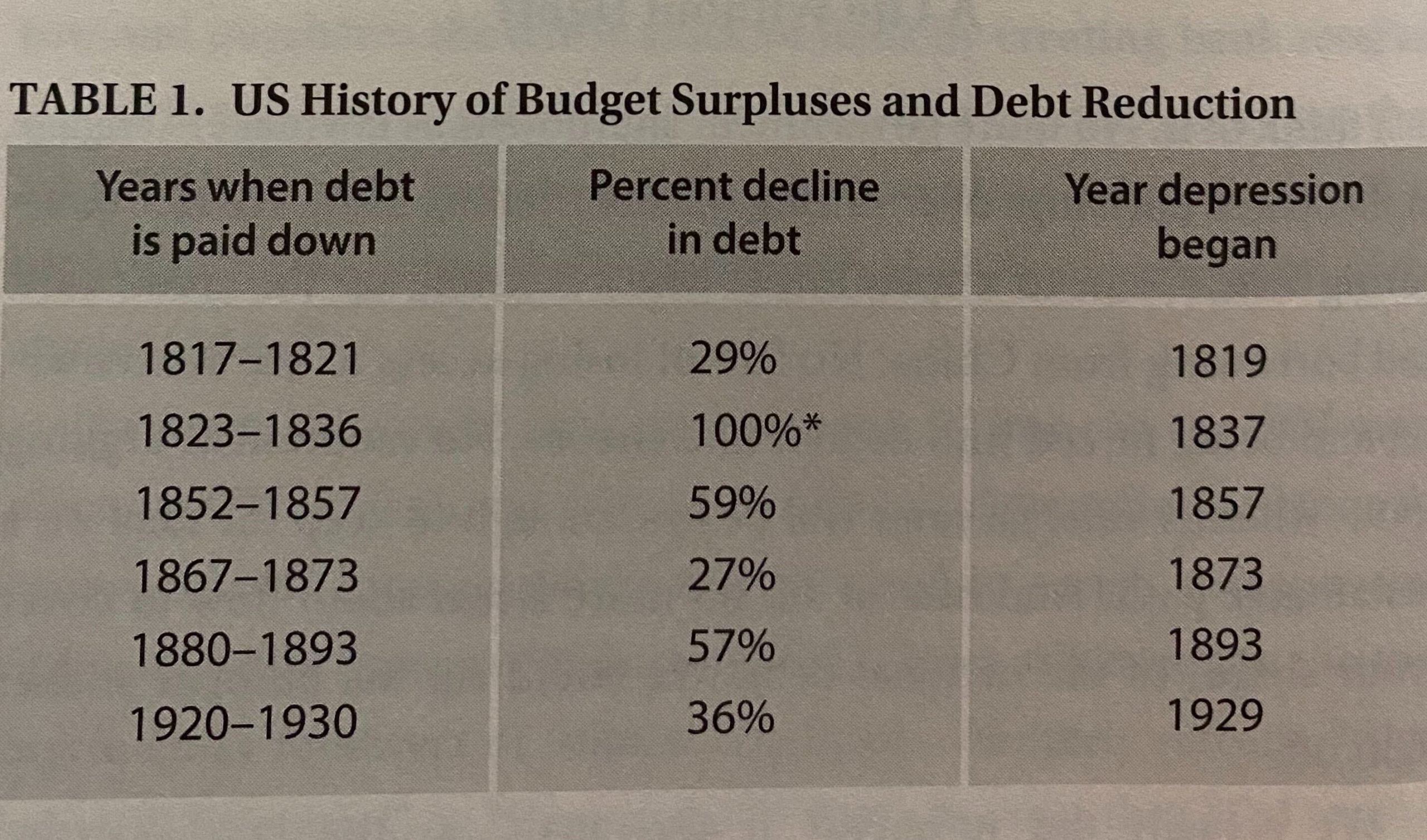 If we’ve learned anything since the government’s response to the last crisis, it’s that quantitative easing or money printing or whatever you want to call it, does not necessarily plant the seeds for higher prices in the future. If you have any faith in how markets work, then look to our borrowing costs as a clue. If investors were really worried about the size of the federal deficit, than the costs for funding it wouldn’t be at a record low.