“You were bearish the whole way up” Ben said, with a smile on his face. Surprised, yes. Bearish? I don’t think so. Today I want to set the record straight.

Sell first, ask questions later. That was the mindset of investors in the first half of this year. Nobody could be sure of the ramifications of a pandemic that was spreading at such a rapid rate that it forced us to shut down the entire economy. Nobody alive had ever experienced anything like it.

People were talking about the world as if we were about to enter some sort of depression. The data that would be coming out, my friend Morgan Housel said, was going to look like a typo. With all of this considered, a 34% decline, the fastest on record, made sense to the general investing public.

And then one day the decline stopped and reversed as quickly as it began. Stocks were down 3% one day and up 9% the next. “That’s not how markets bottom,” they said, as if the market follows a written set of rules. 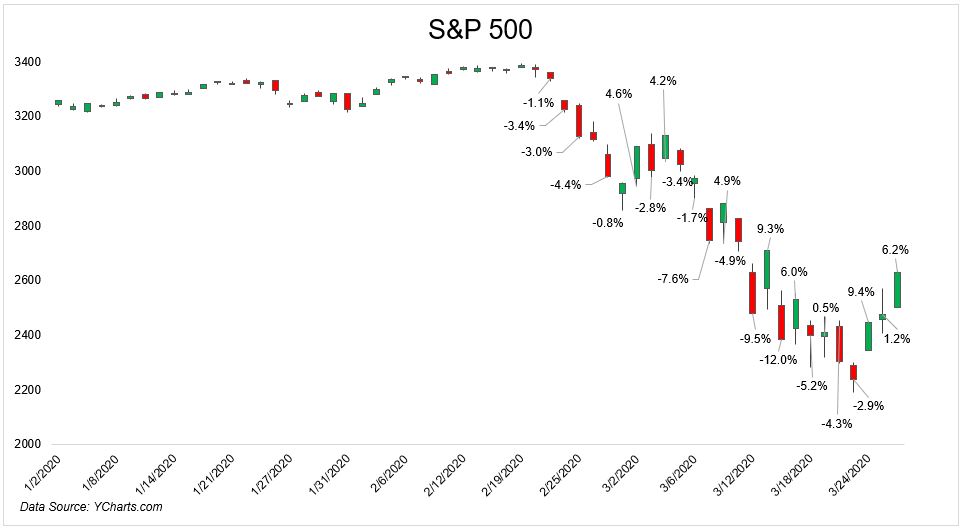 The pace at which the stock market rebounded surprised a lot of people, myself included. Not only did I not see it coming, but I struggled to make sense of it while it was happening.

I understood what was going on in the sense that the hardest hit areas of the economy, hospitality, travel and leisure, were such a small part of the stock market that they could go to zero and the index wouldn’t notice. That part I got. It was the strength in the mega cap tech names, the names that carry the market, that I just couldn’t believe.

I see it but I don't believe it. pic.twitter.com/spTTaBfxkD

So yes, I was bearish in the sense that I did not trust the market. I thought it was writing checks it couldn’t cash.

But I wasn’t really bearish and here’s why. If you’re bearish, you want the stock market to go down. And there are only two reasons why people to root against the market.

Neither of those in any way shape or form describe my mentality or my investing philosophy. Every two weeks I invest in my 401(k), which is 100% invested in stocks. And every month I make an automatic deposit into my Liftoff account, which is also 100% invested in stocks. I made two additional deposits while the market was falling. Obviously with the benefit of hindsight, I wish I had done more, but the truth is that I’m fearful when others are fearful.

The reason I wouldn’t describe myself as bearish, even though I was objectively wrong about where stocks were heading, is because I didn’t act on my emotions. I never went to cash. I never dialed down the risk on my portfolio. I never wanted the stock market to go down, even though I was surprised to see it going up. And for the record, in no way shape or form am I embarrassed about my lack of ability to see the future. I have yet to meet anybody who can do so.

Ben and I spoke about my being bearish the whole way up and more in this week’s Animal Spirits.