I’ll never forget the night of March 11th as long as I live. On that Wednesday evening,  Tom Hanks and Rita Wilson shared with the world that they had contracted COVID-19. Shortly after the NBA cancelled its games.

That was the first time in my life, maybe in anyone’s life, that everybody knew at the same time that we were headed towards a recession. The only question was how bad would it be.

If the next day was any indication, then we were in for something truly historic.

The market has provided a lot of teachable moments this year. Near the top of that list is that timing the market is not a requirement for successful investing. In fact, the opposite is true. Part of being a good investor requires you to just sit there when every instinct in your body is telling you to do something. This too did pass, much quicker than many investors thought possible, certainly myself included.

It has been a long and dreary 8 months since that night, but this morning the world woke up to some very good news. With the vaccine announcement, there is finally a light at the end of this long and dark tunnel. The proverbial dust has settled.

We know the results from the election, and we know that we will have a defense against this virus. The market celebrated, with the Dow and S&P 500 soaring to new all-time highs.

If your investing strategy is predicated on waiting for the dust to settle, then you will spend your entire life buying high and selling low. This sketch from Carl Richards tells the story better than I just did. 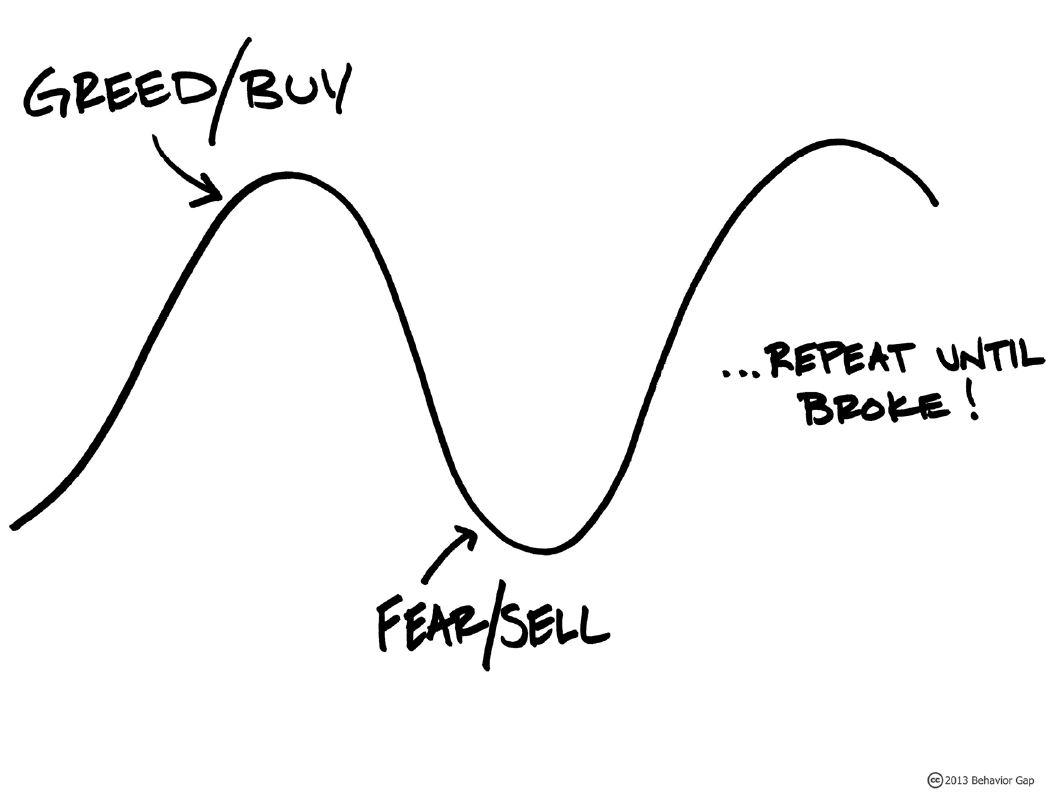 The last few months have been a groundhog day in the markets. Growth up, value down. Stay at home up, reopen down. Today was the anti groundhog day. In a year full of crazy market moves, today stands out. These charts from Corey Hoffstein show just how insane it was. 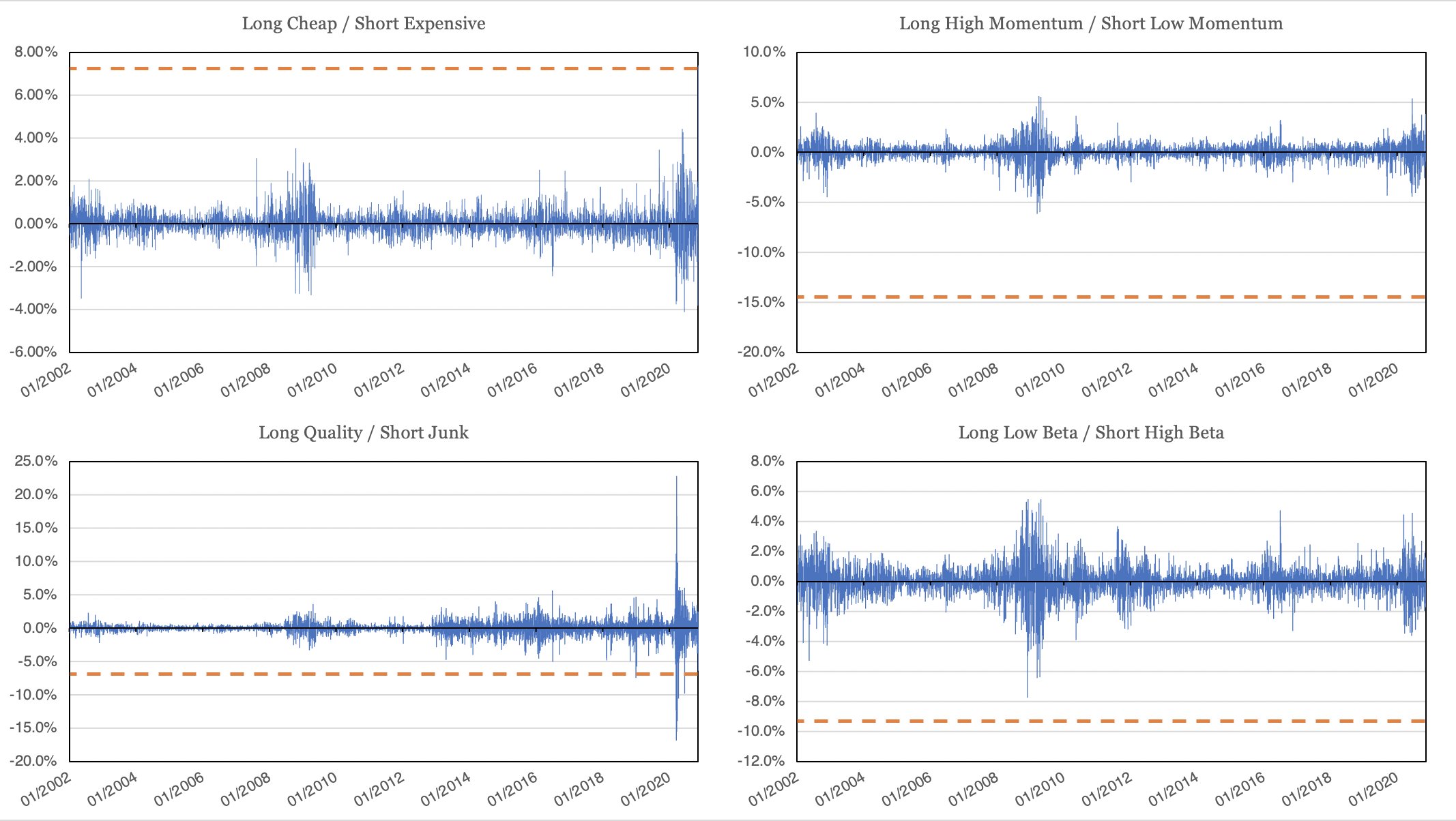 Take a look at this chart of the S&P 100 components. When’s the last time American Express gained 20% in a day? The S&P 100 doesn’t include casinos, airlines, or cruises, but needless to say those stocks had themselves a day. Carnival for example gained 39%! 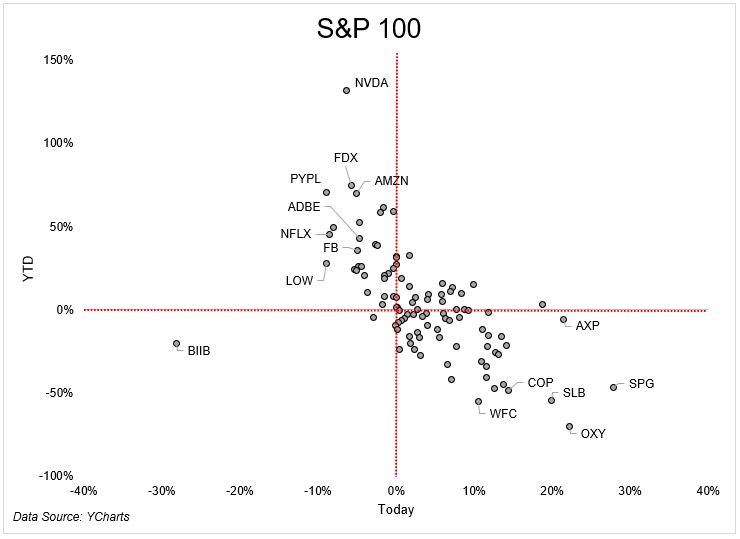 It’s hard to believe, but the stock market bottomed just seven sessions after that historic night in March. If you were able to stay in the game, then good for you. It didn’t have to work out like this, but I’m sure glad it did.