There were two markets in 2020. The first part was when the pandemic hit and the losers were hit harder than everyone else. In the second market, coordinated monetary and fiscal stimulus contained the economic damage, and helped the winners slingshot past everyone else.

When it became clear that we were experiencing a different type of recession, the market acted quickly. Businesses that would be most impacted by the virus, think hospitality and retail, saw their shares discount the news in a hurry. Simon Property group, the largest shopping mall operator in the United States, fell 68% in 18 days!

The market rewarded the winners as quickly as it punished the losers. From the beginning of April through the beginning of July, DocuSign, Peloton, and Shopify, to name a few, gained over 100%.

The extremes we saw at both ends led to the widest dispersion of returns within the stock market since 2009, as Michael Mauboussin and Dan Callahan show. 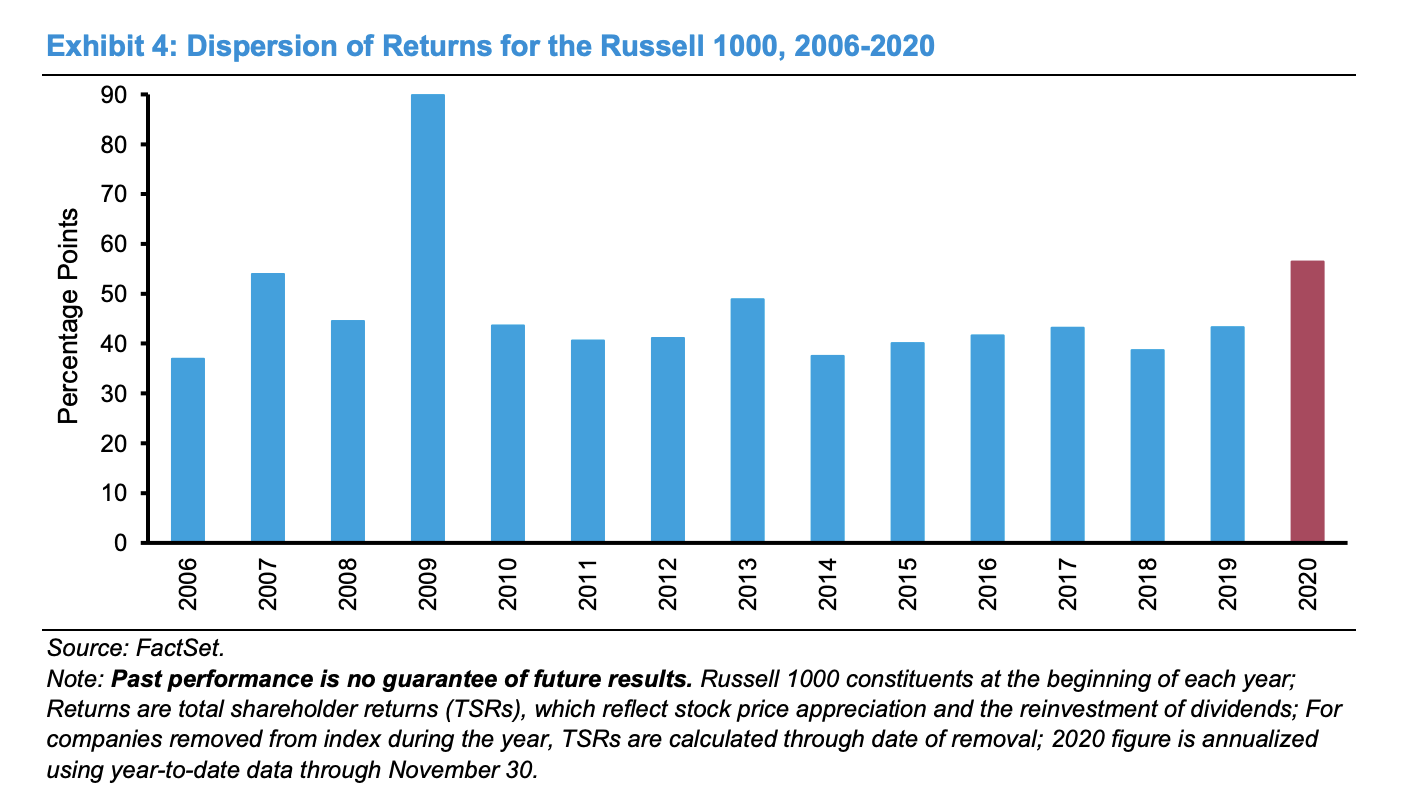 Covid-19 was the 8-ball and the market was the rack. As I’ve expressed multiple times recently, it feels like a lot of the balls, metaphorically speaking, traveled farther than they should have, based on reasonable growth assumptions. But as Michael and Dan wisely state, “Automatically assuming these companies are mispriced may be a mistake.”

Michael makes a fair point, but I would argue the opposite is true. As everyone piles into the winners, investors are acting like these companies are still mispriced, with more room to run.