GameStop is up 200% in the last two days. $10,000 invested 10 days ago in CryptoPunks is now worth $10 billion. Chamath will SPAC himself into becoming the world’s first trillionaire.

It’s been almost impossible to lose money over the last few years on the long side.*

As a result of all this good fortune, there is more money sloshing around the system than at any point in history. There is also more confidence. You know how you can see your breath when it’s freezing outside? Every time a Robinhood trader breathes right now, you can see the euphoria coming out of their mouth.

So it’s no wonder that old-timers who have seen this movie before think that this one ends badly, like all of the others before it.

Jeremy Grantham thinks this. Charlie Munger does too.

But what if they’re wrong?

This is more of a thought exercise than anything. I’m well-aware of the risks that surround us. I’m certainly open to the fact that this ends badly, in fact, I think that’s a higher likelihood than the alternative. But I’m also open to the idea that maybe it doesn’t.

First of all, we have to eliminate from the collective narrative that “the easy money has been made.” How can anybody say that with a straight face? Not even a year ago, this happened. The volatility that we experienced last year was higher than any moment in stock market history. Higher even than 1929! 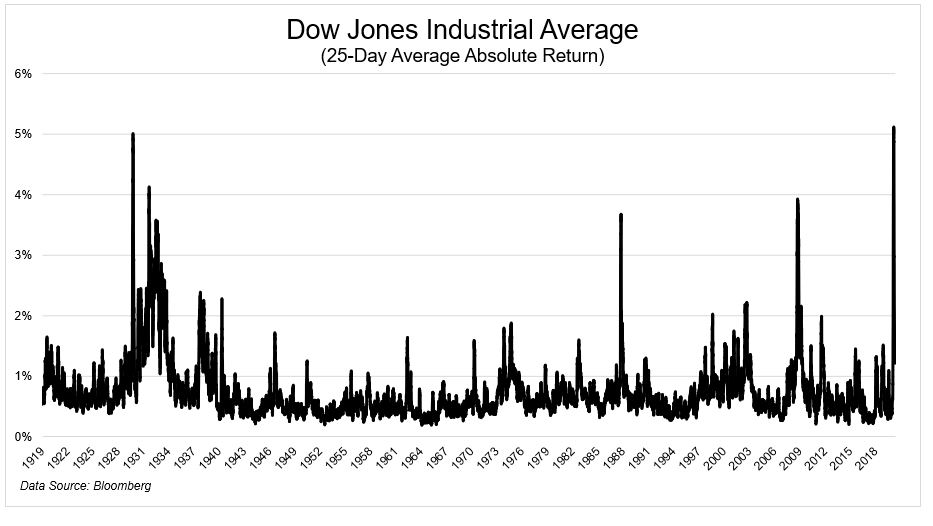 And it’s not like last year was the only nasty market we’ve seen. There were several shakeouts and bears along the way. 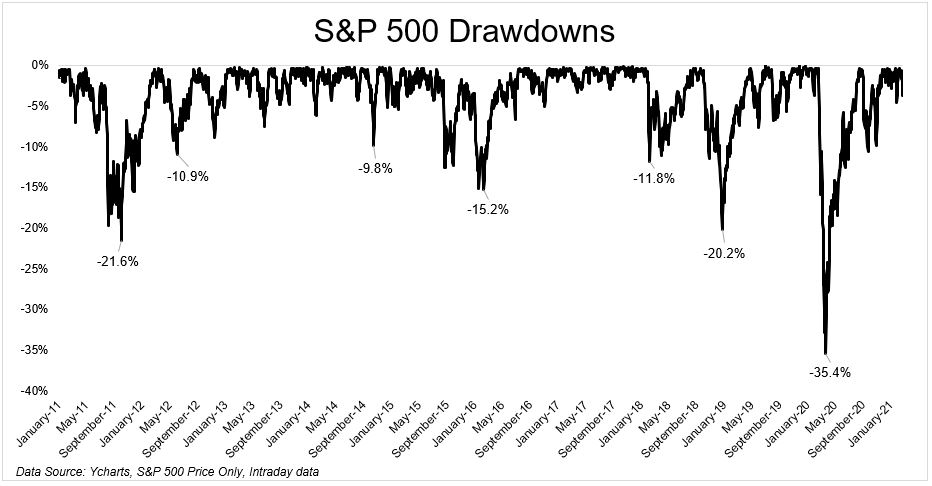 The bear case is so obvious you can literally^ taste it. We know that the combination of high valuations and investor euphoria always ends badly. But what if it doesn’t?

What if the next ten years look like the last ten years in terms of shakeout and six-second bear markets with the long-term uptrend intact?

Or what if this does end badly, but not for another five years? I think this would frustrate most investors, and the market is pretty good at doing just that.

It’s important that investors are aware of the risks, but it’s also important to keep an open mind to the fact that the obvious risks don’t always materialize.

*Okay, I know that’s not true but it’s one of those things that bloggers say because it helps facilitate my point.