Interest rates are important. They’re the lifeblood of the economy. To say they’re one of several inputs instead of the only input is not to minimize their importance, but to state reality.

Ben did a post over the weekend in which he makes the argument that low interest rates do not turn investors into gamblers. For example, the average yield on the 10-year treasury was over 6% during the dot-com bubble. People piled into risky IPOs when they could have just clipped 6% and moved on with their life. Why? Because their friends and family members were getting rich quick. In that type of environment, the 10-year could have been 30% and people still would have gambled. Getting rich slow has little appeal to the average investor in a get-rich-quick market.

This brings us to today. There was an enormous move in interest rates last week. 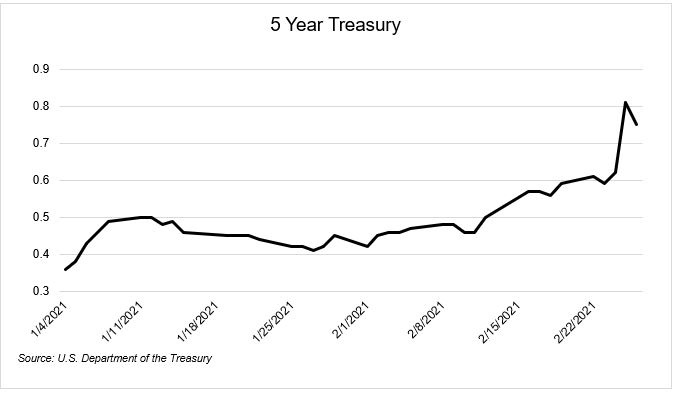 It’s true that rates are still incredibly low on an absolute basis, but to dismiss what happened last week as trivial would be foolish, as we know that everything is relative, especially in markets.

Tracy Alloway notes that, “The 2/5/10-year butterfly — a popular trade involving two-, five- and 10-year U.S. bonds — moved by an astonishing 24 basis points (one of those events which, when measured by standard deviations, is only supposed to happen once in a billion years, etc.).” 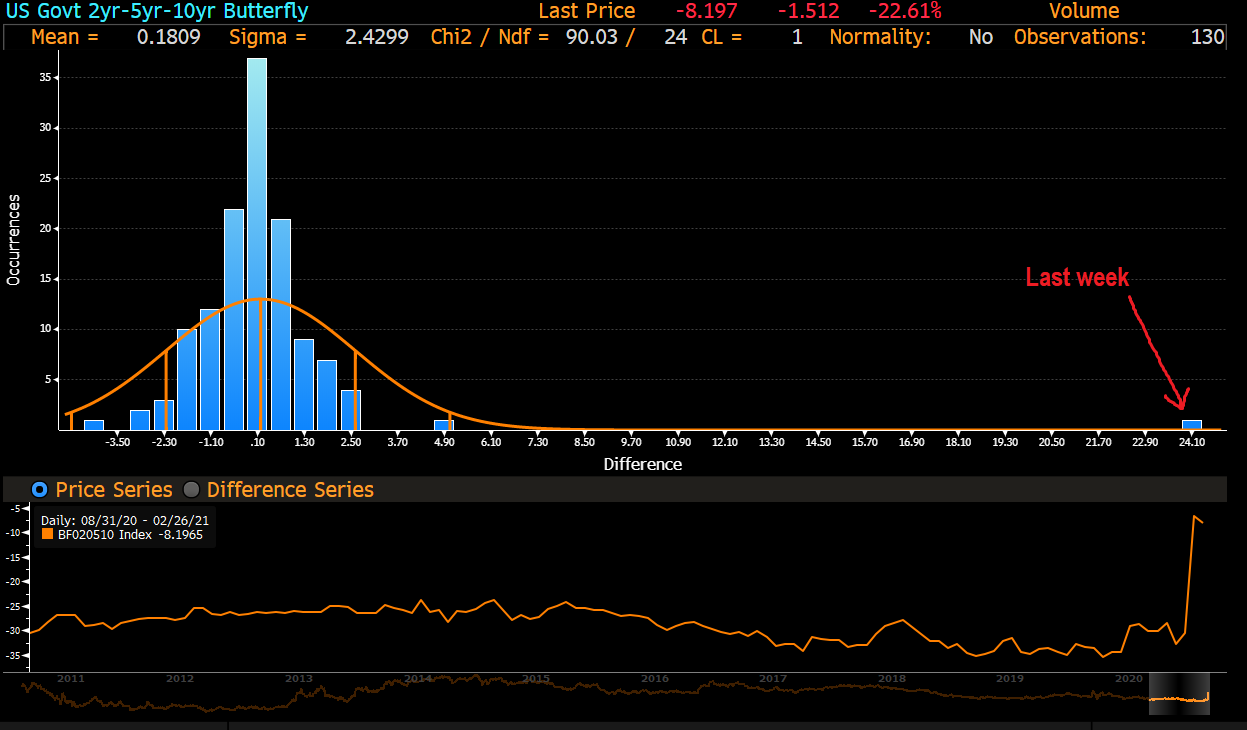 It’s not only bond investors that are paying attention to interest rates but equity investors as well. The popular narrative these days is that growth stocks have benefited from low interest rates. If stocks are valued off of future discounted cash flows, and the discount rate is zero, then it doesn’t matter if investors see that money one month from now or 10 years from now.

This makes intuitive sense, but I’m in the camp that interest rates are still just one, albeit an important part of a complicated equation. An equation that uses more than just hypothetical future cash flows and today’s discount rate. And if this were all there was to it, that higher interest rates equal lower prices for growth stocks, then what do we make of this inconvenient fact? (Via Sarah Ponczek) 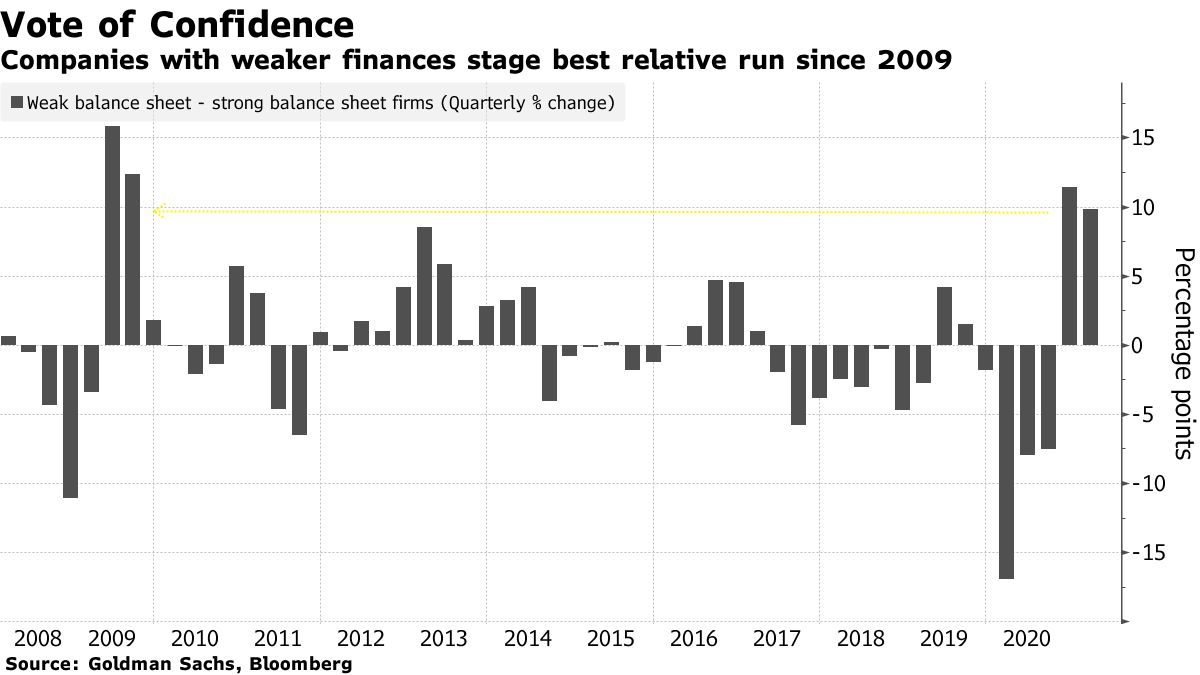 Companies with weak balance sheets have outperformed their counterparts by the greatest amount since the bottom of the great financial crisis. Surely these companies are more sensitive to interest rates than growth stocks? Google is borrowing at less than 2%. What’s Carnival Cruise’s cost of capital? If rising rates are bad for growth, shouldn’t they be a deathknell for companies with weak finances that rely on debt to fund their operations?

I have a foot in both camps, so I’m fully hedged for either outcome.