The most interesting thing about this chart is that an all-time high followed all of them. And just eyeballing it, it looks like it didn’t take too long for investors to get their money back.

Bond investors got paid back quickly when interest rates rose because rates were relatively high. At higher levels of income, you’re going to make your money back faster. The other reason investors were quickly made whole is that rising rates were just a temporary climb in a long downward trend. 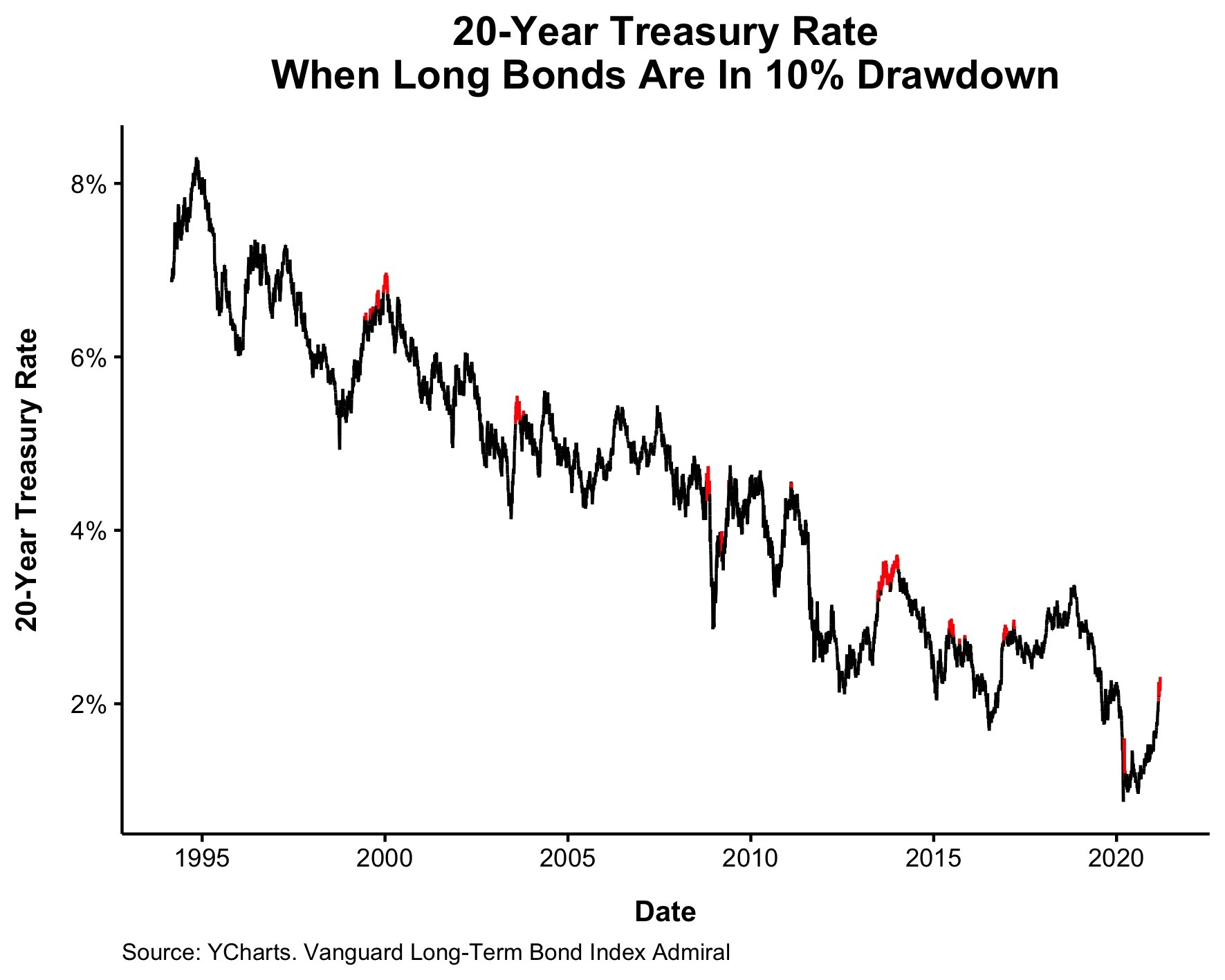 Long-term bonds have done phenomenally well for the last couple of decades and not just because interest rates fell, but also because starting yields were high. As I wrote about in January 2020, starting yields tell you pretty much all you need to know about what your future returns will look like. 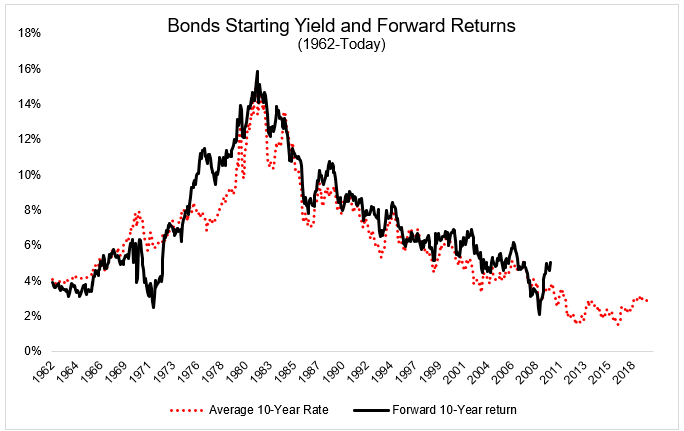 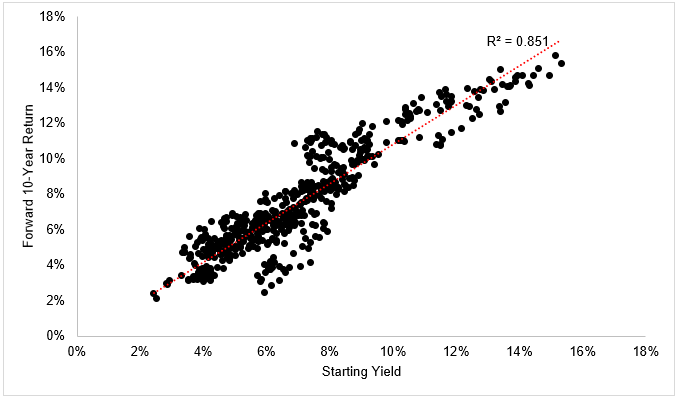 When rates went from 5% to 6%, bond investors took one step back to take three steps forward. The increase in income quickly made up for the price decline. Unfortunately, the math isn’t on our side anymore. The 20-year treasury went from a low of 0.87% in March to 2.3% today. This is good for people buying today, relatively speaking, and horrible for people who bought in March. If rates stay where they are, it will take nearly 6 years to get back to break even.

And if rates continue to rise, the pain will be immense. The duration for long-term bonds (VBLAX), a measure of how sensitive prices are to interest rates, is 15. An oversimplified way to think about this is a 1% rise in rates would lead to a further 15% decline from here. Yikes.

Despite the short-term pain that it will cause, fixed-income investors should root for rates to rise. That’s the only way we’ll ever make any money! But with rates so low, the short-term pain we’ll have to endure will be like nothing any of us have ever experienced.

Two caveats because I don’t want to scare anybody:

One, I’m specifically talking about long-term bonds here, which are especially sensitive to interest rates.

Two, I don’t know anybody who holds an entire portfolio of long-term bonds. Most people own intermediate-term bonds of varying credit quality, and the reason they do is to offset the risk that comes with owning stocks. If interest rates rise because the economy is improving, you would think that gains from stocks will more than offset any losses in bonds.

One more thing that should put bond investors at ease. Vanguard’s total bond fund, which goes back to 1987, has a maximum decline of just 7.8%. It fell 5% on two other occasions. That’s it. In the words of Rocky Balboa, “ain’t so bad.”

As I’ve said a hundred times, a bad year for bonds is a bad afternoon for stocks. Unless it’s long-term bonds. Then a bad year can be horrible, especially if rates continue to rise.