Ben sent me this on slack the other day. 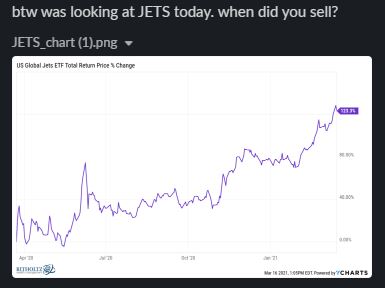 It’s easy to look at winning stocks and feel regret for missing them. It’s hard to look at a stock and realize you would never have been able to hold on through all the ups and the downs. The financial road always appears more clear when you’re looking in the rearview mirror.

I’ve been on this course enough times to know that I would have hit the eject button multiple times along the way. I have no regrets for selling 40% ago.

Let’s take a second to look at the terrain.

Imagine I didn’t sell into that spike and watched prices fall by over 30% over the next few months? I absolutely positively would have sold sometime in June or July. Keep in mind where we were at the time. Nobody was flying over the summer, and we had no timetable for when they would. All we knew is that the airlines were blowing through cash and would need another infusion of capital. Were the taxpayers going to provide it? 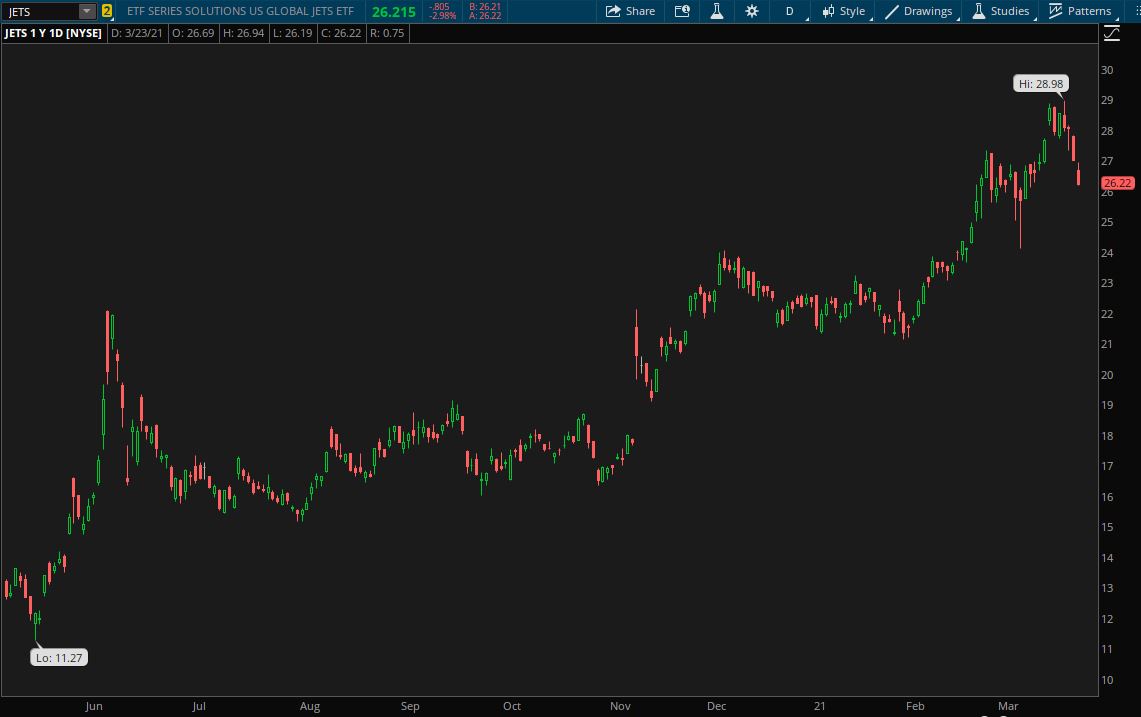 I can look at his chart and beat myself up for not re-entering as it was developing a sideways trading range in the fall. Shame on me for not seeing the future, I guess. But real talk. Let’s say I bought in November right before the gap higher. That was election night, so that was never going to happen, but let’s say it did. You’re up 16% in one day. Awesome. But then, 3 days later, this thing is crashing fast, and you’re up only 8%. I know what I’m thinking on that day. “An 8% gain in four days is pretty great. Take the money and run before you give it all back.”

Now let’s say I decide to buy it back a few days later at $21. The decline was just a shakeout, back in the pool! I should point out that selling something and repurchasing it higher is very difficult. If you ever traded, you know exactly what I’m talking about. Okay, so let’s assume that I was able to pull the trigger there. It quickly bounced but, those gains evaporated over the next few weeks. And then right cue, it exploded 30% higher in just a few weeks. 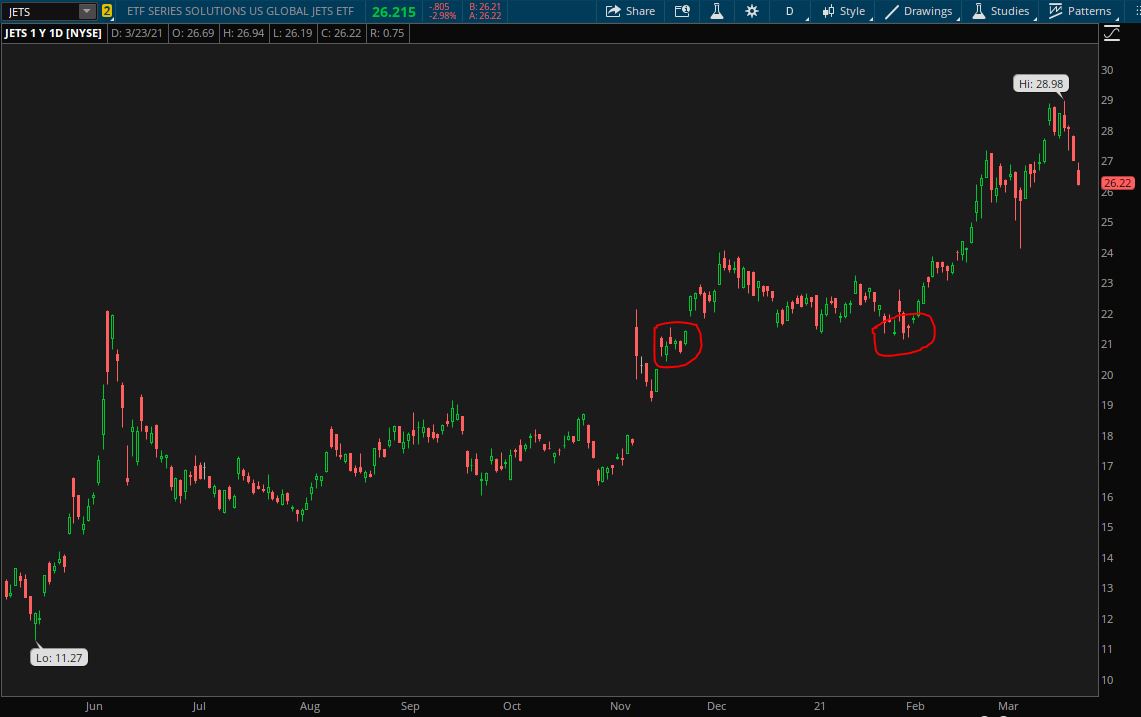 Josh and I spoke about whether the easy money (LOL) has been made in the airlines, given the enormous amount of debt that will be hanging over them for the next forever years.