It’s never fun to see your portfolio lose value, but some times are more painful than others. For certain investors, this is one of those moments.

Misery loves company, so losses are harrowing when you’re experiencing them while the market is chugging along.

Right now, the S&P 500 is only 2% off its all-time high, but some names are getting absolutely torpedoed.* 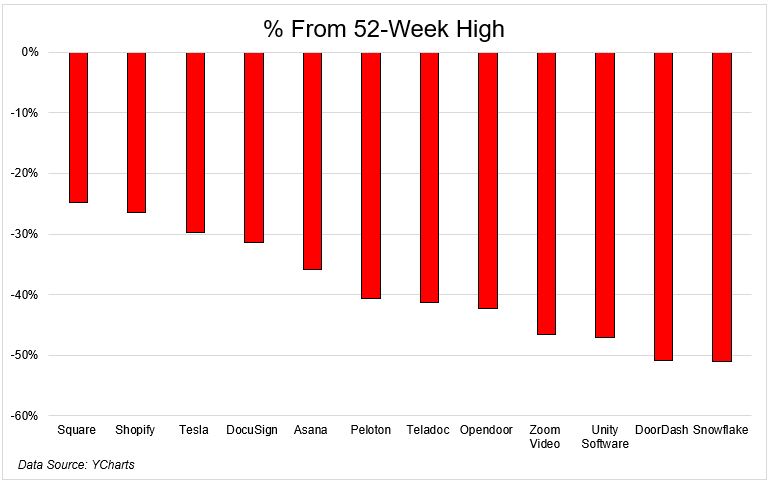 What I’m about to say won’t take away the pain if you’re heavily invested in these growth names, but maybe you can use some context. Every big winner gets crushed from time to time. Every single one.

Take a look at Apple. It’s one of if not the greatest stocks of all-time. It got cut in half 6 times. It fell more than 20% three times in just the last five years. 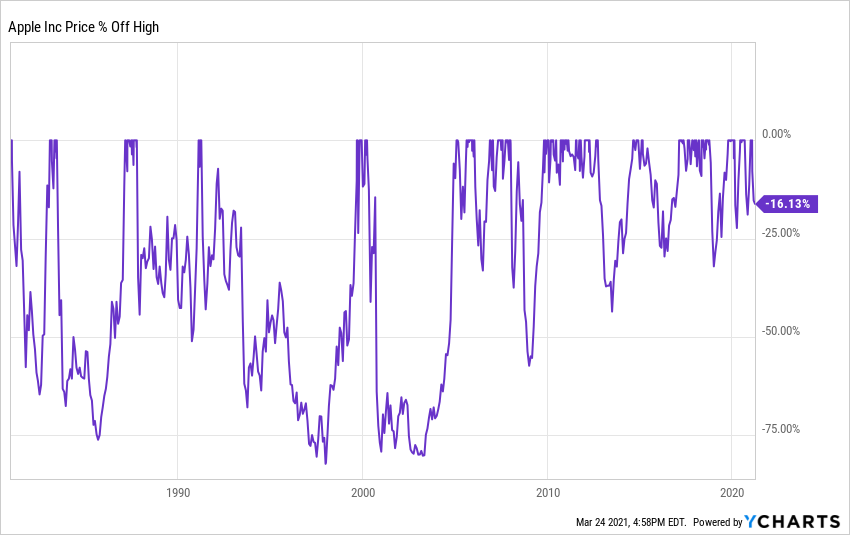 Not every stock is Apple. In fact, more often than not, they’re Research in Motion or Nokia. Or go down the list of companies that fell from grace. There are way more big losers than big winners, as you can see in the chart below.

For the past few years, investors were happy to pay any price for growth stocks. Now, for reasons that are up for debate, they’re changing their minds. And the way this plays out can be ruthless. Investors don’t just go from euphoria to despondent overnight. It’s a gradual transition.

The stock careened 32% lower in just 13 days. And then, six days later, it bounced 30%. I imagine that investors who were scared on the way down breathed a sigh of relief on the way up. But that reprieve was short-lived. The stock quickly fell 15% and isn’t too far from the lows we saw earlier in the month. And this is how it happens. 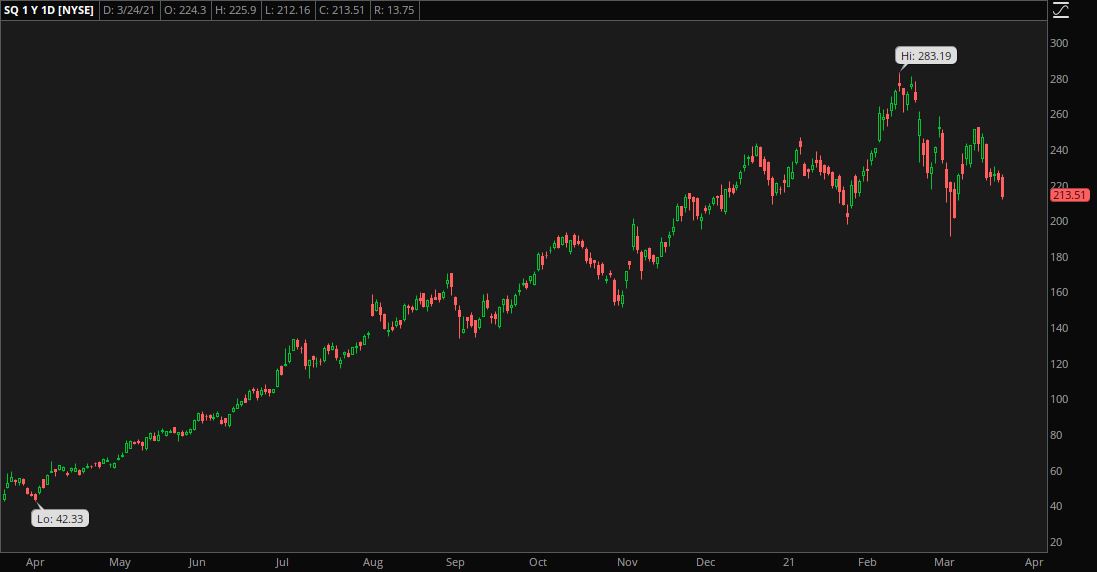 The longer the bull market, the longer it takes for people to change their minds. The nastiest example of this is the aftermath of the dot com bubble. The Nasdaq fell 80%, but it didn’t just go straight down. There were plenty of “phew, it’s finally over” along the way. Except it wasn’t over. Every bounce, and as you can see there were several of them, was met with a tidal wave of selling. This is truly the nightmare scenario. 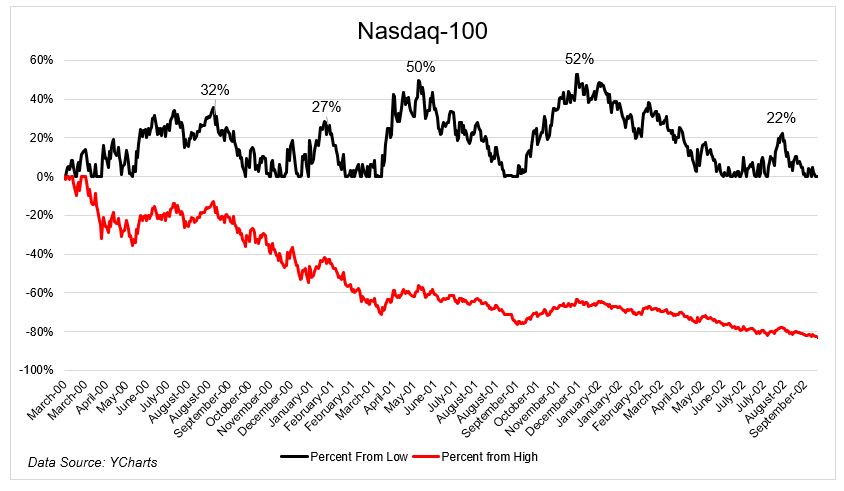 I started buying a few of these names on the puke a couple of weeks ago. I kept the purchases small because I understood that the first cut is usually not the last one. I don’t want to come off as a hindsight guy. I didn’t know this would happen, but I was open to the idea that it might. If I could see the future, I wouldn’t have bought Square in the first place. I would have just waited until the bottom.*

It would be better if the market ripped the band-aid off these growth names instead of dragging it out with false rallies. Just crash them already and get it over with. But unfortunately, the market is not here to provide us with comfort. Risk hurts.

Maybe this is a buying opportunity. Or maybe there is still time to sell. How you think about these things depends on your past experiences, your style of investing, your timeframe, and a whole host of other items.

I think the risk I’m taking today will be rewarded in the future, but I’m ready for more pain tomorrow.

*To be transparent, I have ~$2,000 in these names, so we’re not talking giant numbers. A double from here or a crash won’t move my needle either way. Maybe that’s a cop-out, but I think it’s helpful to let the reader know what I’m doing. This is not somebody who’s pounding the table with conviction. If these stocks aggressively take out their lows, I will average down. I know that paying 30x sales for a stock with negative momentum is not a great strategy, but sometimes you have to know when to break your own rules. P.S. I don’t know when to break my own rules.