“What happens when everyone goes to sell?” is one of the most nonsensical questions in all of finance.

We know exactly what happens when sellers are in control. Prices go down. Boom. Mystery solved.

I’m taking the phrase too literally, I know, but it bothers me because it’s usually said as some weird sort of mic drop by somebody who is never held accountable for outlandish predictions.

These days, the non-sensical question is being thrown at Cathie Wood’s investors. If you allow me to contradict myself, in this case, I understand the question. Money flooded into her funds. Surely they can leave just as fast.

People that recently bought ARKK were confronted with their first challenge yet. A 30% decline in just a few short weeks while the overall stock market hit all-time highs. So how did her investors react? Did everyone go to sell? No, in fact, the exact opposite happened.

This chart from Vanda Track shows that retail flows into ARKK hit their highest level during the recent hiccup over the last year. Bow down. 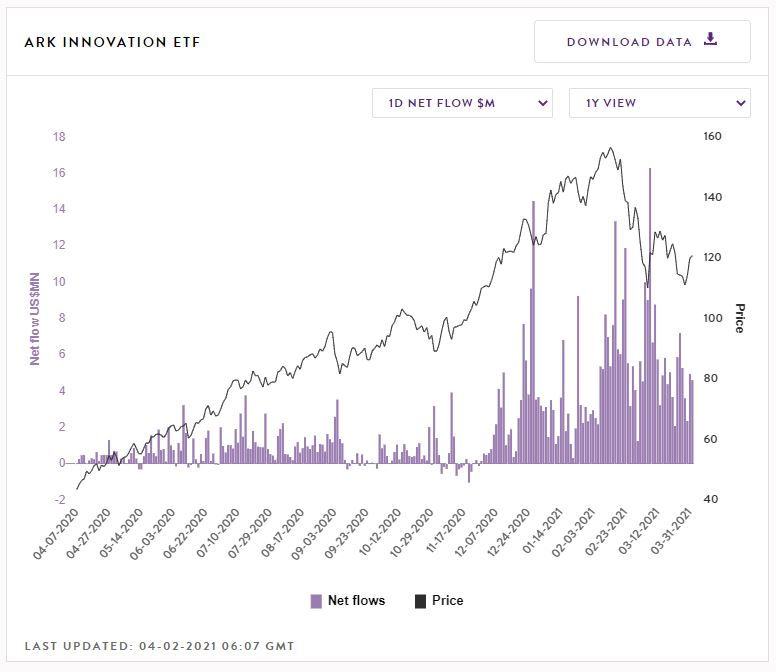 It’s too early to say that Ark has sticky money, but I don’t think we have to worry about “everyone” going to sell anytime soon.