The Detroit Pistons won back-to-back finals in the late 1980s. In a league dominated by giants, they won with little guys. They had their bruisers, like Laimbeer, Rodman, and Mahorn, but the backcourt was the engine of that team.

Even though their guards powered the Pistons, the game was still played inside. Today’s teams win on the perimeter. The most dynamic backcourt today is the Golden State Warriors, led by Klay Thompson and Steph Curry. In the 2018-2019 season, the pair took a combined 1,409 3-pointers. 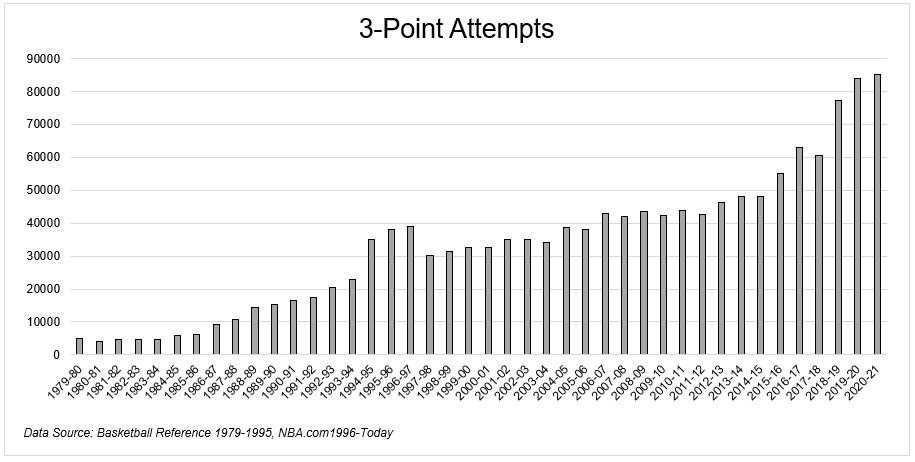 In 1932, Ben Graham wrote an article in Forbes,  Should Rich But Losing Corporations Be Liquidated?  In it, he said:

More than one industrial company in three selling for less than its net current assets, with a large number quoted at less than their unencumbered cash.

Companies today, like NBA athletes, have gotten bigger, faster, and more efficient. 35 years ago, 8 employees were required to generate $1 million in revenue, The S&P 500 is 70% less labor-intensive than it was back then. It’s important to be aware of history, but it’s dangerous to live and die by historical data. Often times we’re comparing apples to oranges. 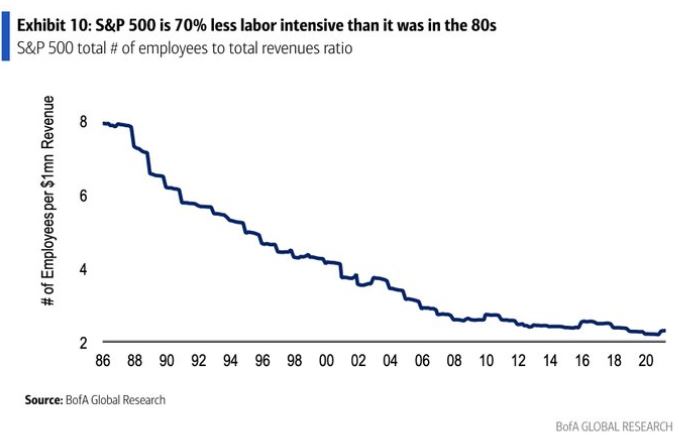 Before the crash in 1929, Joe Kennedy dumped all his holdings. He allegedly sold because he got a stock tip from his shoeshine boy and knew the end was near. Since then, people have tried to use different sentiment gauges to assess the level of excitement or despondency in the overall market. We’ve looked to magazine covers and personal anecdotes. I’m sorry to say, but the shoeshine boy indicator has long since expired.

I wrote about my plumber trading stocks in July 2020. This guy walked into my office, saw some charts on my screen, and told me what he was up to. He literally said to me, “What should I do? I’ve got 130 grand in the market and I have no freaking clue what I’m doing.”

To say that this sent alarm bells ringing in my head was an understatement. Stop the ride, I want to get off. This can’t continue. No way. This is out of hand.

One of the questions that came up a year ago when the Robinhood traders, and my plumber, emerged on the scene was, “What’s gonna happen when their stocks crash?” My answer was always that they’d move on to something different, a la the aliens in Independence Day.

This visual from Vanda Track perfectly confirms my priors. First, it was the reopening, then tech, then EVs, then meme stocks, then tech, and now meme stocks again. 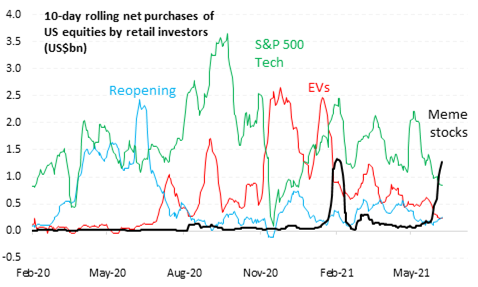 I expected trading to die down once the economy reopened and people started leaving their homes. I was wrong. This is here to stay. I think the manias will ebb and flow, but now that everyone has a brokerage account, the signal is lost in the noise.