Only ten players in the NBA are on the top 10 list. The Portland Trail Blazers have one of these guys, and his name is Damian Lillard.

The NBA is a superstar league. You can’t win a championship without one. So if there is an opportunity to get one of these players, you do whatever you gotta do to get one.

The Knicks have emerged as one of the possible destinations. Okay fine. People on the internet are just making shit up. But some of the shit they’re making up involve my favorite team, so I’m paying attention. The speculation is that the Knicks would have to give up some combination of RJ Barrett, Obi Toppin, Immanuel Quickley, and a whole bunch of 1st round draft picks.

I’ll admit that at first, I was hesitant to part with all of these assets. And then I thought about it for another 30 seconds. If I were a Blazers fan, would I be happy with this trade? No, I would not. In fact, I’d be the opposite of happy.

The best way to think about a transaction that you’re struggling with is to put yourself on the other side. It helps you see things more clearly. Charlie Munger likes the saying, and I don’t know who came up with it, “Invert. Always invert.”

I was thinking about this concept today while looking at the AAII data. There was a jump in bulls from 40% to 48%. Nothing crazy, but not nothing either. I was wondering if these spikes meant anything. Should we be fearful when others are greedy? This is hardly an extensive analysis, but just eyeballing it, the answer appears to be no. Sure, people were bullish in October 2007, but they were also bullish in 2013 and 2014 and 2018 and 2020. 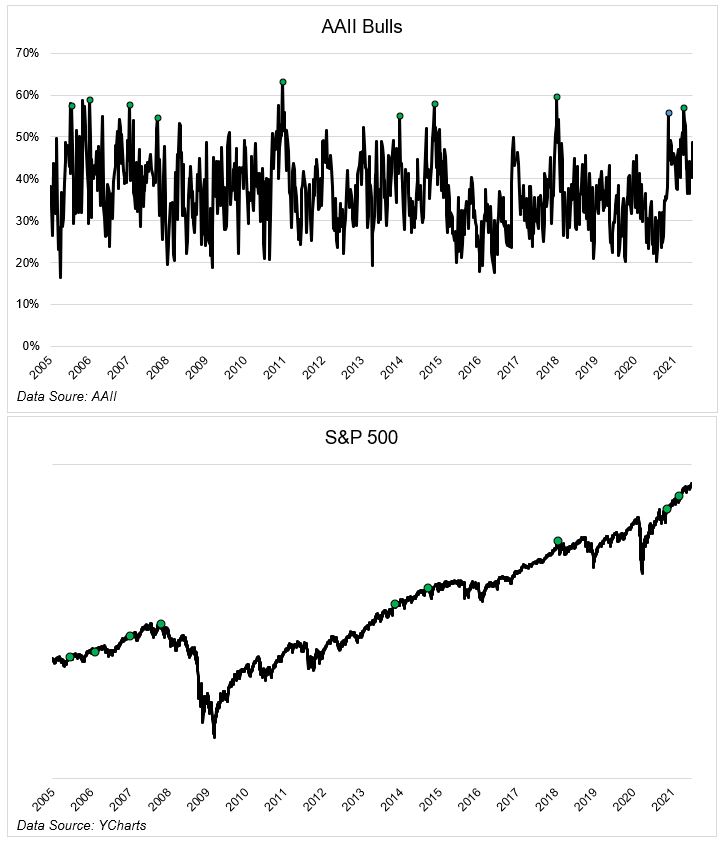 The stock market usually goes up, so it hardly comes as a surprise that people are bullish most of the time, sometimes more than others. But could we learn something from when people turn bearish? One glance at the chart, and the answer is a resounding yes. Bearish spikes have tended to coincide with stock market bottoms. 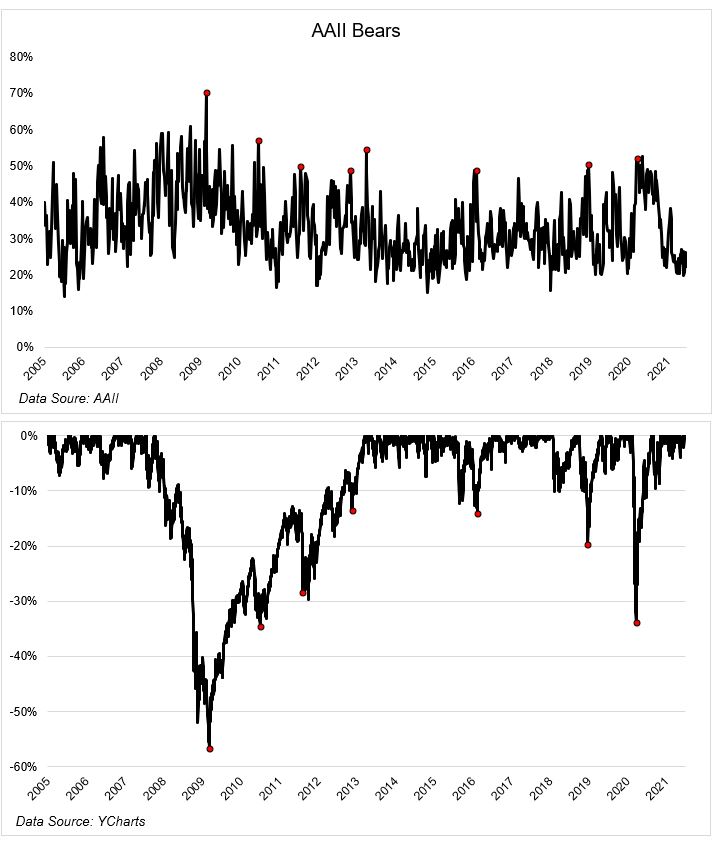 This looks to be pretty clean to me. If there’s one iron law in the financial markets, it’s that people will be bearish at the bottom.

So can you take advantage of this information and incorporate it into a trading strategy? Ehh, I doubt it. If someone could tell you when the spike would peak, then yes, you could probably earn excess returns. But in real-time, you don’t know if a spike is peaking or just getting going.

Josh and I got into this, and much more on the newest edition of What Are Your Thoughts?