The stock market is acting weird.

The S&P 500 seems to make an all-time high every day. That’s the good news. The potentially bad news is that fewer and fewer stocks are leading the charge. 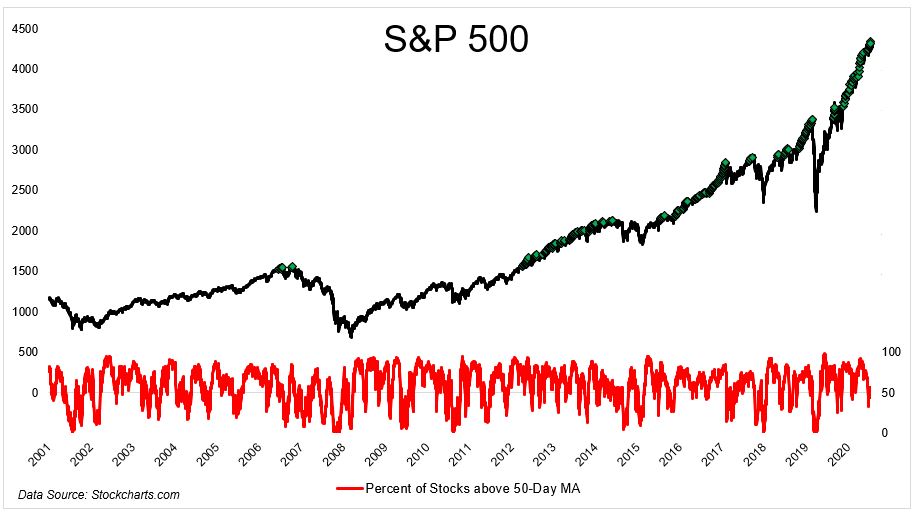 Right now the market is being led higher by the big five, which are flirting with new highs as a percent of the overall index. They’re masking some of the weaknesses in other areas. 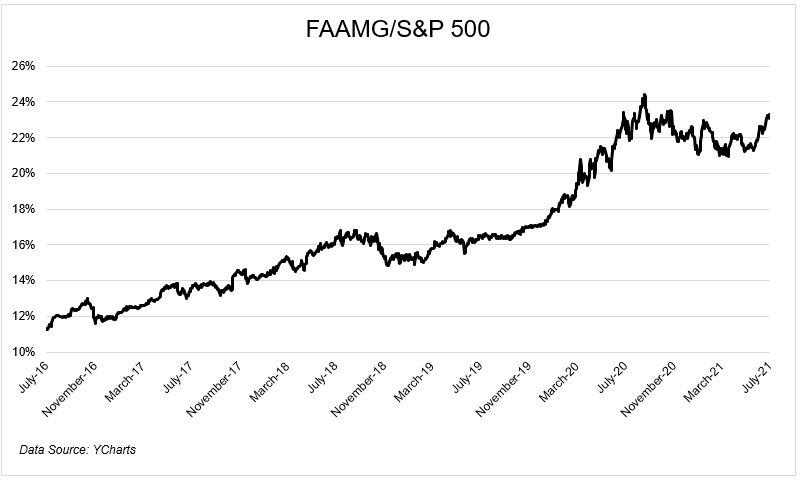 What should we make of this? Well, in theory, you want to have more stocks participating on the way up. The fact that so few are right now might spell trouble ahead. But it also might not. People who are worried about breadth right now would also be worried if it was too strong. In other words, if 90% of stocks were above their 50-day, they’d be saying that this is as good as it gets. If you’re looking for something to confirm your priors, you can always find it.

I love looking inside the market, but I would put this in the “interesting but not very useful” pile. We’ve been in a bull market for most of the last 10 years. Almost every breadth divergence, and there have been many, simply haven’t mattered. Maybe this is the one to pay attention to, but it’s just too hard to know in real-time.