Apple has a problem. They’re too good at making money.

Their most recent quarterly statement revealed that they are sitting on $38 billion in cash and cash equivalents. 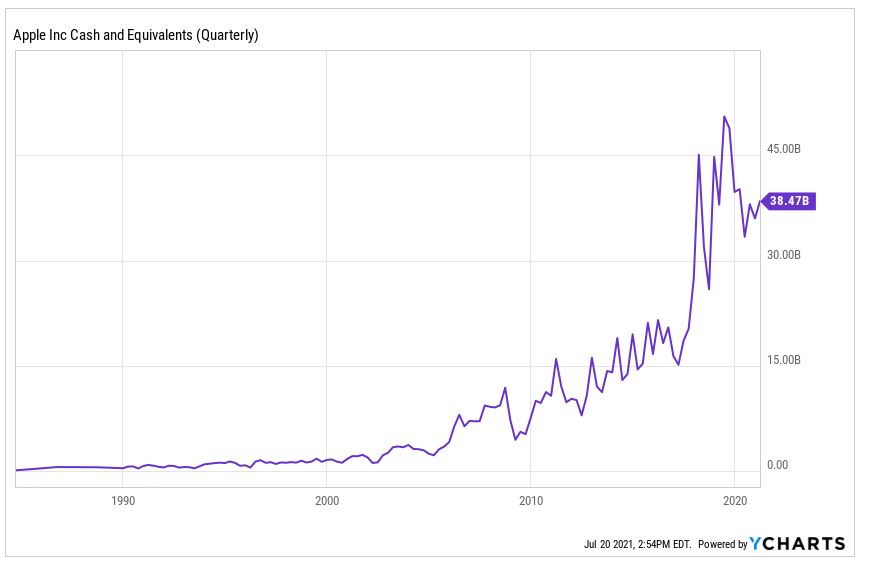 If we expand our definition of cash to include current and non-current marketable securities, think bonds, then they have $195 billion in cash. You know $195 billion is a lot of money. It doesn’t need context. So I won’t tell you how many companies in the S&P 500 it could buy with all that cash. Just kidding. The answer is 460.

Apple isn’t hoarding cash because they’re preparing for the apocalypse. They literally cannot distribute it fast enough to their shareholders. Over the last five years, they’ve spent a quarter of a trillion dollars on buybacks and dividends.

But the money just keeps piling up, and they’ve gotta do something with it. Here is what that something looks like. Apple, it turns out, runs one of the biggest bond portfolios in the world.

Apple has been incredibly disciplined about how they handle their cash pile. They’ve made acquisitions here and there but haven’t gone on a ridiculous spending spree. They just keep doing what they’re doing.