Ben and I started Animal Spirits in November 2017. It’s hard to believe it’s been 4 years. We just crossed 10 million downloads, so it’s a good time to reflect on what we learned on this journey.

Josh, Barry, and I were on Patrick O’Shaughnessy’s podcast in August 2017. At that point, he was podcasting for almost a year. His show opened up a whole new world for me. Before Invest Like the Best, I was strictly a SiriusXM guy. I listened to Serial in 2014, but it wasn’t until Patrick’s show that I discovered the giant universe of podcasting.

The details are fuzzy at this point, but after we recorded with Patrick, he asked me when Ben and I would start a podcast. Ben and I would speak on the phone 8 times a day about tweets, articles, tv. We wanted to start a show together, we just didn’t know what the format would be.

Our first crack at it fell hilariously short. We tried to turn a blog post into a podcast.

“What would Ben Graham think if he were alive today”

We tried half a dozen times before we landed on something we were comfortable with.

I was nervous about people’s reactions. This was back in the days when “everyone was starting a podcast.” In fact, while we were in the early stages of discussing what the show would look like, what we would name it, and how we would produce it, The New Yorker dropped this cartoon that definitely scared the shit out of me. 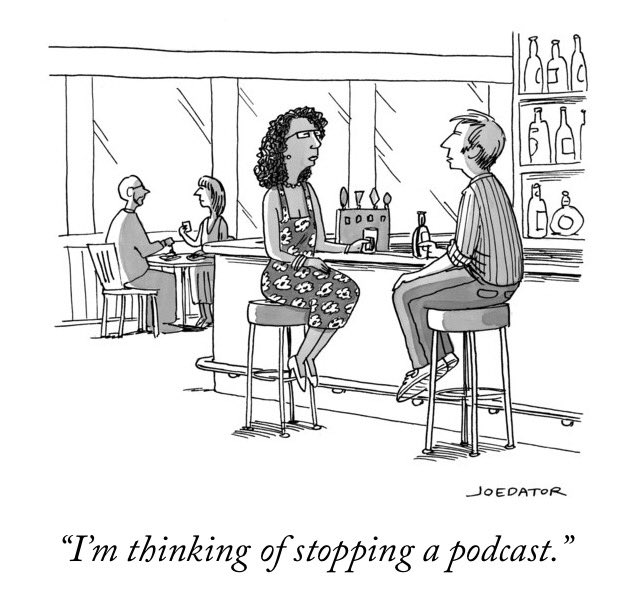 I’m glad this didn’t stop us. The podcast has been life-changing for me, personally and professionally. I want to talk about some of the things I learned in the last four years.

Talking is hard. I know this sounds ridiculous, but if you’ve ever spoken into a microphone, you’ll know what I mean. Not everybody has the ability to communicate clearly with their words. I’m not a financial advisor. I’m not on the phone with clients all day. I was used to expressing my opinions on a keyboard. The difficulty of transitioning to verbal communication was something I severely underestimated.

Ben is basically the only person I speak to on the phone. I never thought about how I sounded with him until I saw the red recording button go on. It broke my brain. I wasn’t confident in the beginning. I had butterflies in my stomach for the first year of the show. Like anything else, this was a case of the more you practice, the better you get. Now I don’t think twice about speaking into a microphone whether it’s on a podcast or a Zoom call or a television appearance.

The format of the show is relatively unchanged over the last 4 years. We have a google doc that gets filled in every week. What’s completely different is the tone. I just went back and listened to an early episode and although the content was there, it was dry and the transitions were horrible.

“And speaking of bonds”

It wasn’t a great listener experience. Thank you for staying with us. Eventually, our personalities came out, and this was a key realization. People want to be entertained.

I’m a lifelong Howard Stern fan. I know what it’s like to feel like you’re friends with the people on the show. I wanted to deliver that same experience to our listeners, but I didn’t know how. Eventually, we figured it out. People want to hear real stories from our life. Serious ones like what I’m doing with my mortgage and silly ones like my early experiences in the labor market. 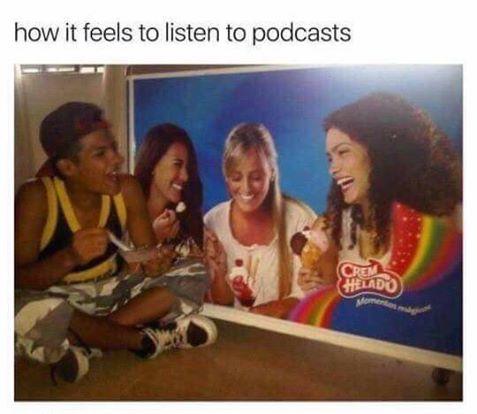 Consistency is key. We’ve never missed an episode*. Animal Spirits has shown up on your podcast player of choice for the last 200 weeks. We do it because we love it, but we probably would have stopped if the show never found an audience. We’re grateful that it has. Thank you for listening.