The price of Bitcoin has rise for it to go any higher. I’m kidding and serious at the same time.

Bitcoin isn’t tethered to fundamentals like say a privately held business or a publicly traded company. If a company generate $2 in cash flow per year, there is a limit to how high a potential buyer will go. Bitcoin isn’t burneded by any such data and paradoxically, the higher it goes, the less risky it becomes.

Assume a business is generating $2 a year and has a nominal growth rate. A very attractive purchase price would be $2. At $6 it gets a little more risky. At $10 you have less margin for error. At $100 you’re never going to make your money back. And at $500, you just flushed 5 Benjamins down the toilet.

Bitcoin is a story. Not every zealot tells the same story, but what they all share in common is the desire for this story to spread. The surest way for this to happen is for the price to go higher. The fear of missing out is the most powerful narrative in the world.

I know some people view Bitcoin as a currency, but that’s not at all how I see the story spreading. I could be wrong, but I think the idea of it disintermediating the banks is over. I understand that Bitcoin is an efficient way to transfer money, but how many times have you sent Bitcoin to a friend? How many times have you received it? I’m open minded to the idea that one day this gains mass adoption, but right now that doesn’t seem to be the case. 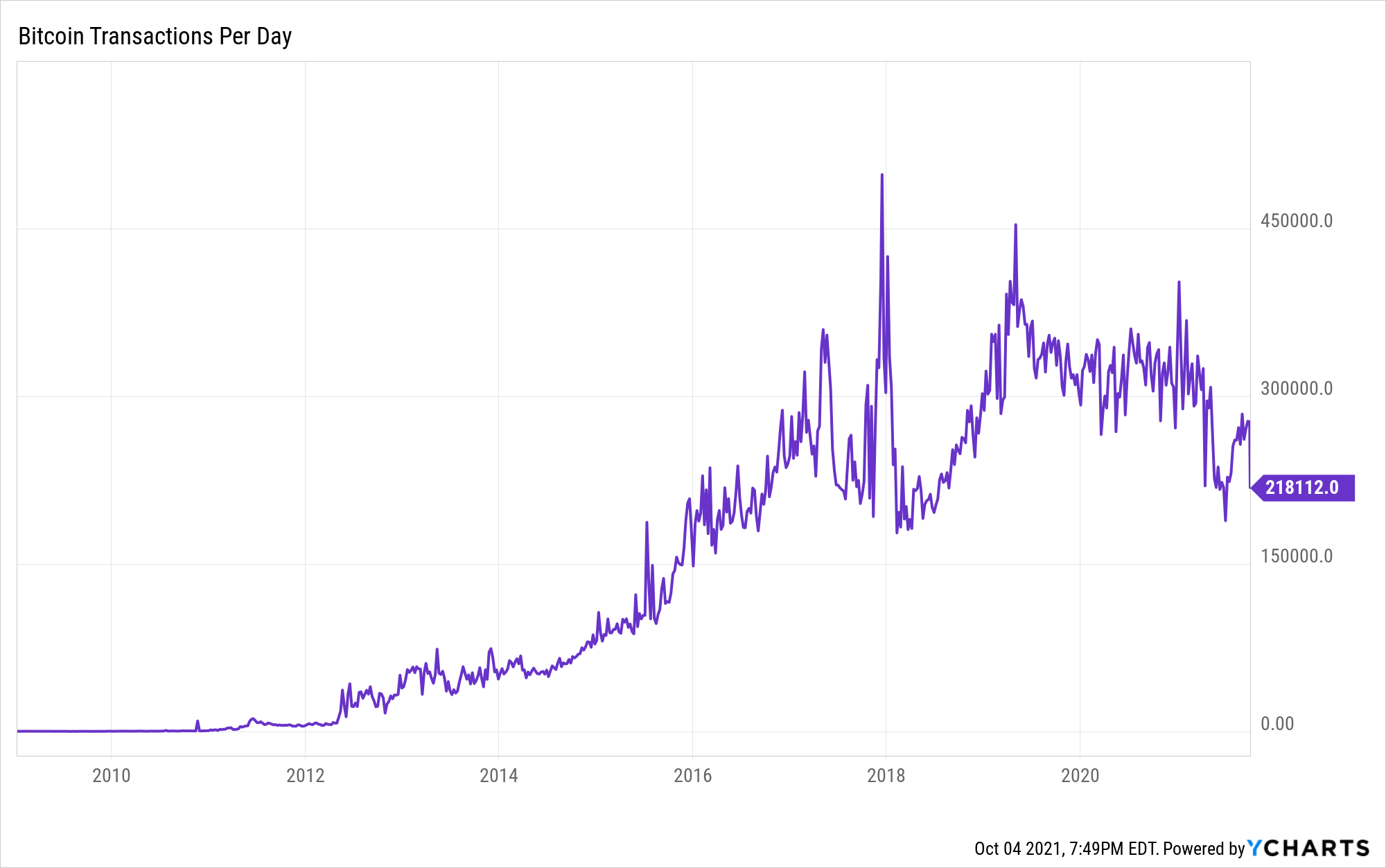 Bitcoin will live or die by its ability to convince people to believe in it. And the best way to convert atheists into true believers is with higher prices.