In 2014 Josh wrote a post called  The Relentless Bid. He described the phenomenon of selloffs, which were once measured in months and years, ending in days or weeks.

Whereas yesterday’s brokers were principally concerned with keeping money in motion and generating activity each month, today’s brokers – who call themselves wealth managers by the way – are principally concerned with making client retirement accounts stretch out over decades. Stocks are increasingly the answer to this puzzle. Bonds, with their fixed rate of income, by definition cannot get the job done. This means a bias toward buying equities everyday and almost never selling. It means adding to stocks sheepishly on up days and voraciously on the (rarely occurring) down ones.

In short, it means a relentless bid as the torrent of assets comes flowing in every day, week and month of the year.

That post was either applauded or mocked. In the 7 years since it turned out to be prophetic. 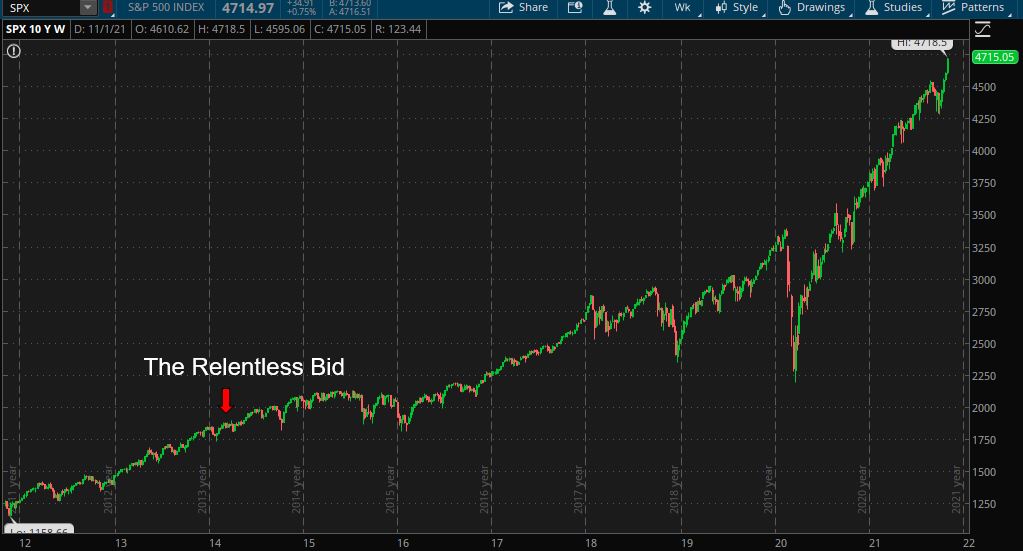 We spoke about this and much more on The Compound and Friends with our friend Eric Balchunas.