Investors have suspended disbelief. That’s the only way to describe what’s happening today. How else do you describe the behavior that allows a car company that’s yet to deliver a car to be valued at $65 billion?

Lest you think I’m cherry-picking, there are countless examples of this kind of froth in the equity markets.* 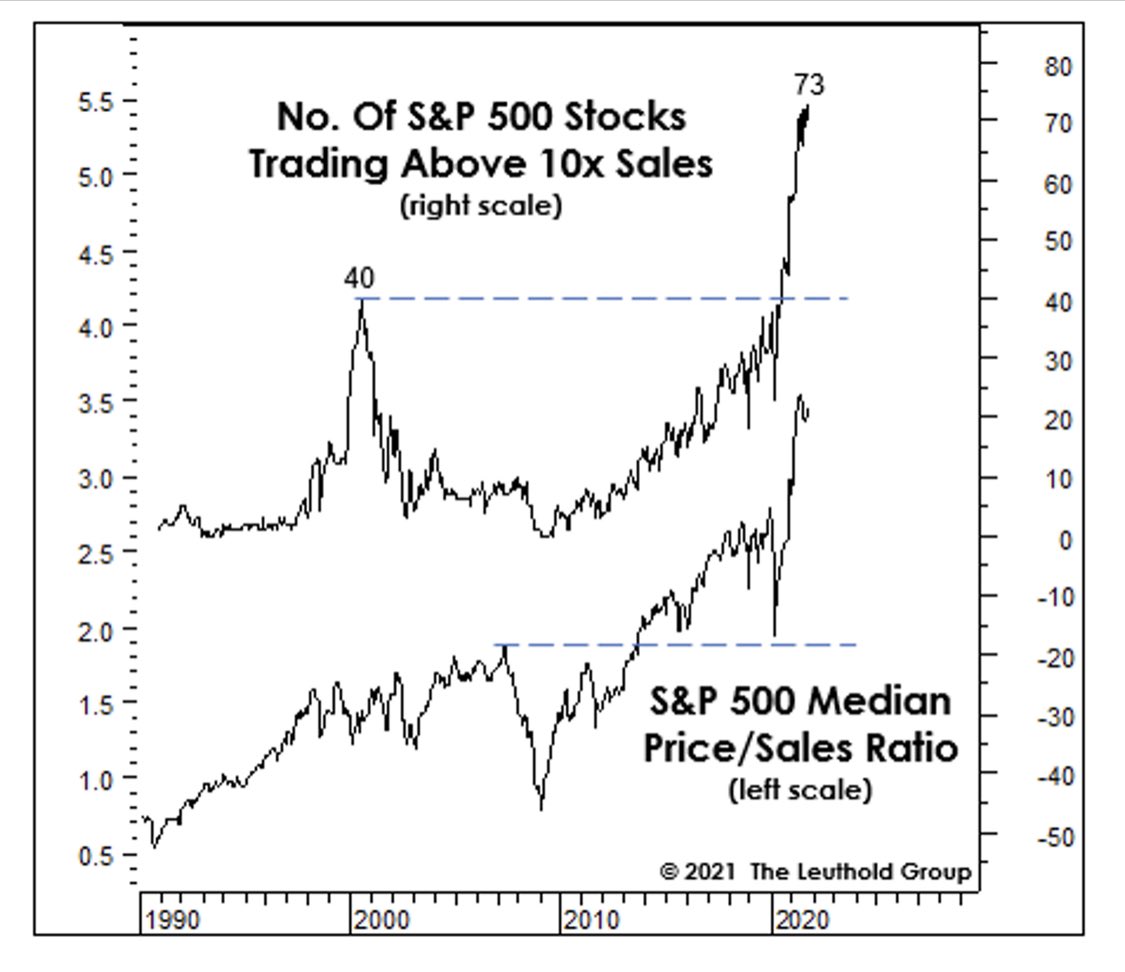 The only conclusion to draw from this chart is that investors have lost their minds. But that’s not actually true. Another interpretation is that we’re using old metrics for new markets.

Take the median price/sales ratio for example. That metric has been above the 2000 bubble highs for almost all of the last decade. While it’s recently gone parabolic and is probably unsustainable, it’s also probably never going back to where it was in the 90s, when the makeup of the index looked very different than it does today.

Mark Cuban was talking with Bari Weiss and said “Technology marches on. You know, my dad used to say all the time, ‘You don’t live in the world you were born into.”

Almost all investors eventually fall into the trap of comparing the way things are today with the way things used to be without acknowledging that the present looks nothing like the past.

Dave Nadig wrote “I, for one, no longer think what I learned in the 1980s and 1990s about economics and markets has really any value whatsoever, other than as a historical backdrop”

In a 2016 commencement speech, Larry Fink said  “I believed I had figured out the market, but I was wrong — because while I wasn’t watching, the world had changed.”

I’m not here saying to get levered long Rivian at the IPO. Or that stocks will continue to go up 20% a year. Or that the stock market can’t fall 50%. I’m saying that it’s too easy to make historical comparisons and think you’re being clever. The market is likely to be more right than you are and waiting for a return to what you think is normal is no way to invest.

You don’t have to like the new rules, but you have to at least acknowledge them.

*And bond and crypto and NFT and pretty much everything else